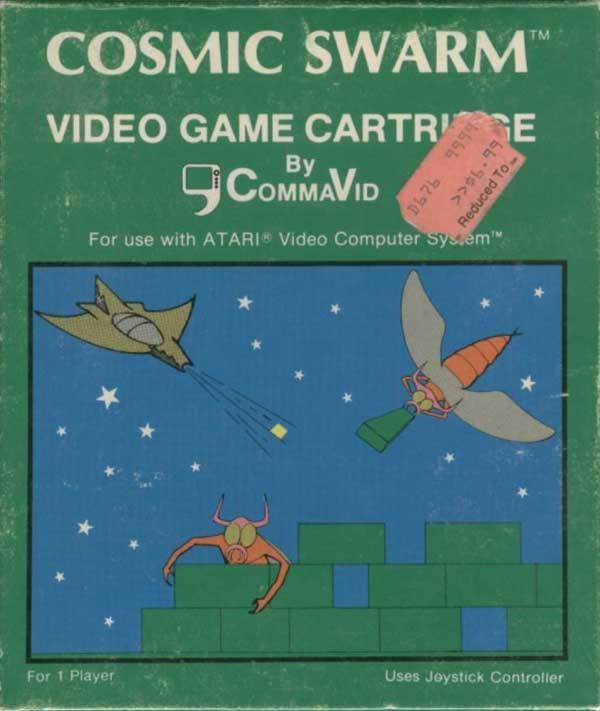 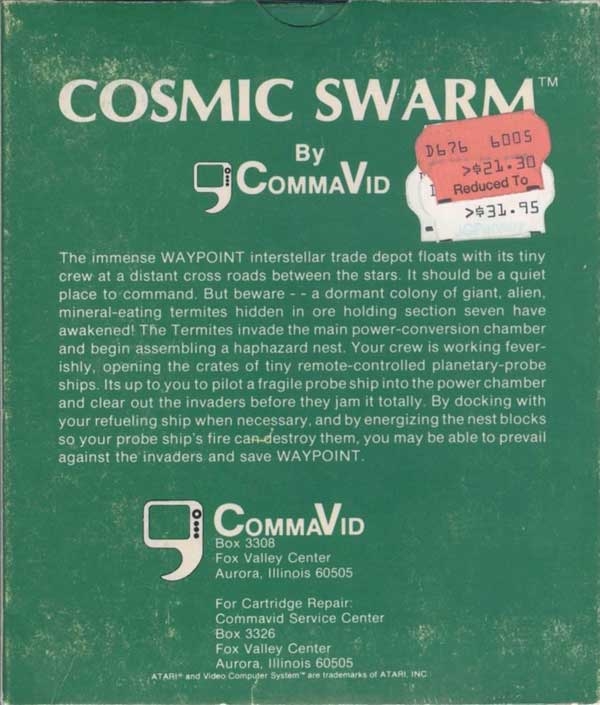 The immense WAYPOINT interstellar trade depot floats with its tiny crew at a distant crossroads between the stars. It should be a quiet place to command. But beware -- a dormant colony of giant, alien, mineral-eating termites hidden in ore holding section seven have awakened! The Termites invade the main power-conversion chamber and begin assembling a haphazard nest. Your crew is working feverishly, opening the crates of tiny remote-controlled planetary-probe ships. It's up to you to pilot a fragile probe ship into the power chamber and clear out the invaders before they jam it totally. By docking with your refueling ship when necessary, and by energizing the nest blocks so your probe ship's fire can destroy them, you may be able to prevail against the invaders and save WAYPOINT.