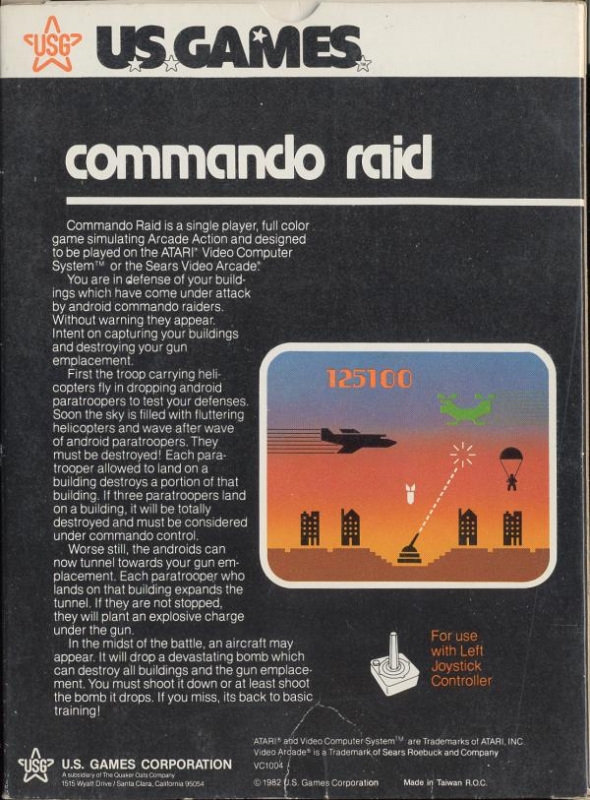 Commando Raid is a single player, full color game simulating Arcade Action and designed to be played on the ATARI Video Computer System or the Sears Video Arcade. You are in defense of your buildings which have come under attack by android commando raiders. Without warning they appear. Intent on capturing your buildings and destroying your gun emplacement. In the midst of the battle, an aircraft may appear. It will drop a devastating bomb which can destroy all buildings and the gun emplacement. You must shoot it down or at least shoot the bomb it drops. If you miss, it's back to basic training!