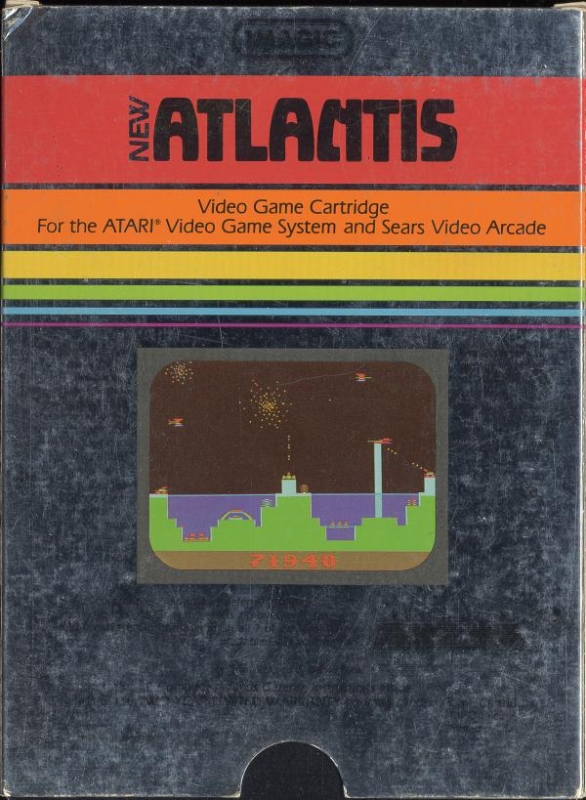 The ancient city of Atlantis, a city beneath the sea, a civilisation greater than any the world has ever seen....

One day a low drone is heard throughout the ocean metropolis. The stars go out. Gorgon vessels fill the sky, pounding the city mercilessly. A cry reaches every citizen-

"Defend Atlantis - before it becomes a watery grave!"

Atlantis, fabled city of antiquity, lies in peaceful waters. The major districts of the city-the Aqua Plain, the Domed Palace and the Bridged Bazaar-murmur with activity while vital generators whirl. Three defense posts guard the skies over the metropolis.

An ominous sound penetrates the sea surrounding the city. The Gorgon Fleet, fierce warriors intent on demolishing Atlantis, attack in force. How long can the city withstand the assault?

Defend Atlantis! Blast Gorgon vessels before they come close enough to demolish Atlantis with the deathray. Score big and you can replace parts of the city the Gorgons have hit.

Game ends when all seven of Atlantis' installations have been levelled and none is left in reserve.