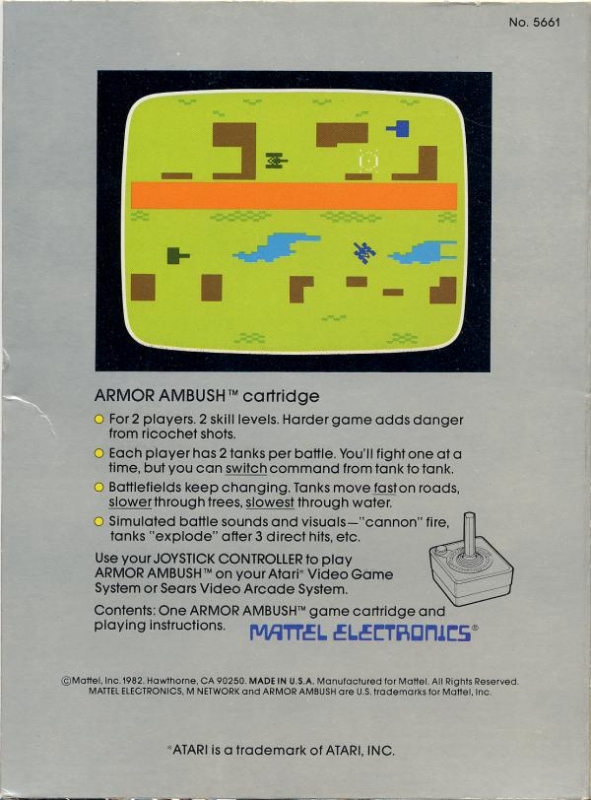 You and your opponent are rival tank commanders! You each have two tanks per round, with a total of 25 in the game.  Switch command from tank to tank. Keep your opponent on the run. (Remember that your other tank is vulnerable while you are fighting [with] the second tank!) The battlefields you fight over will change again and again. Trees, buildings, water hazards--will all be in different positions every new round (after either player has lost both tanks to enemy fire!) Battle goes on until one side has lost all 25 tanks.

The object of the game is to knock out enemy tanks, while avoiding hits on your tanks. You ambush the enemy, swing into position and FIRE! 3 hits and your opponent's tank blows up. Each round in the battle takes place on a different battlefield!. At the start both players have 25 tanks. Game's up when either player loses all 25!