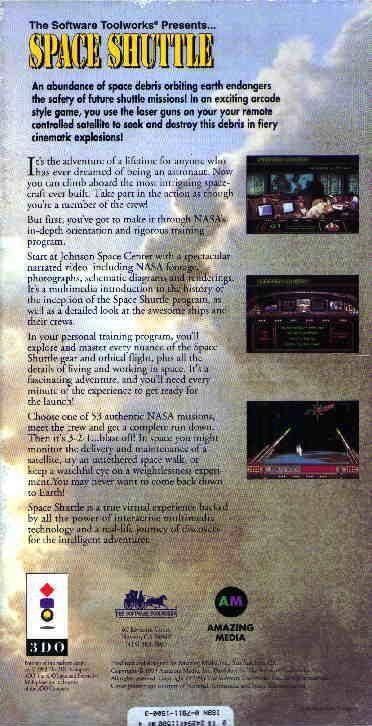 It's the adventure of a lifetime for anyone who has ever dreamed of being an astronaut. Now you can climb aboard the most intriguing spacecraft ever built, and take part in the action as though you're a member of the crew!

But first, you've got to make it through NASA's in-depth orientation and rigorous training program.
Start at Johnson Space Center with a spectacular narrated video-including NASA footage, photographs, schematic diagrams, renderings, and full motion video. It's a multimedia introduction to the history of the inception of the space shuttle program, as well as a detailed look at the awesome ships and their crews.

In your personal training program, you'll explore and master ever nuance of the space shuttle gear and orbital flight, plus all the details of living and working in space. It's a fascinating adventure, and you'll need every minute of the experience to get ready for the launch!