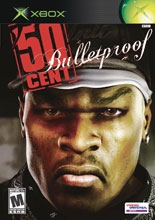 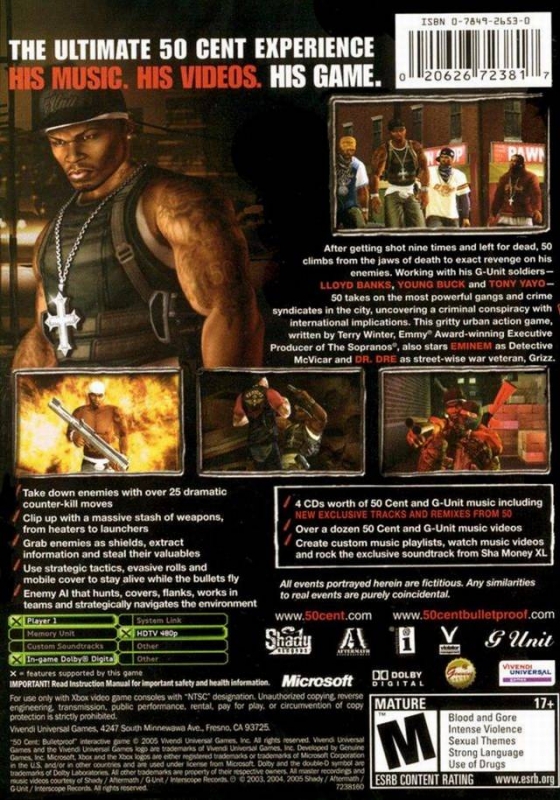 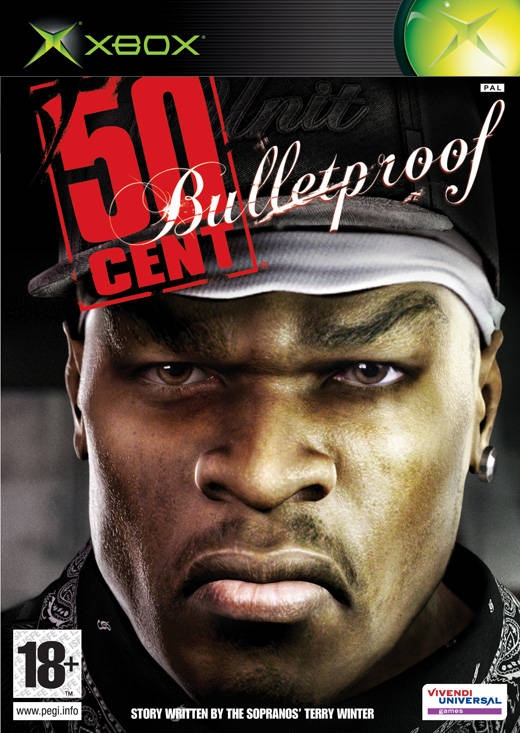 The Ultimate 50 Cent Experience. His Music. His Videos. His Game.

After getting' bucked nine times and left for dead, 50 climbs from the jaws of death to exact revenge on his enemies. Working with his G-Unit soldiers - Lloyd Banks, Tony Yayo, and Young Buck - 50 takes on the most powerful gangs and crime syndicates in the city, uncovering a criminal conspiracy with international implications. This gritty urban action game, written by Terry Winter, Emmy® Award winning Executive Producer of The Sopranos®, also stars Eminem as Dectective McVicar and Dr. Dre as street-wise war veteran, Grizz.

• Clip up with a massive stash of weapons, from heaters to lauchers

• Use strategic tactics, evasive rolls and mobile cover to stay alive while the bullets fly

• Over a dozen 50 Cent and G-Unit music videos