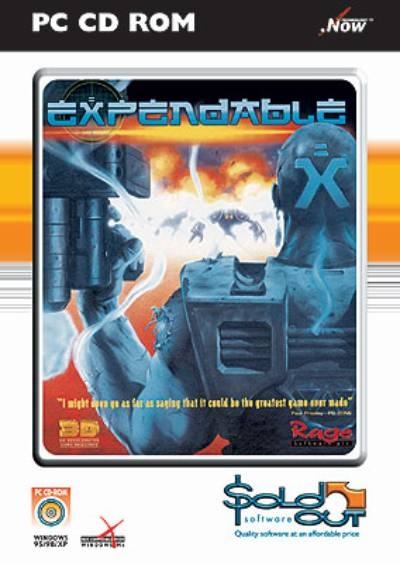 Expendable joins the ranks of Incoming and Hostile Waters in Rage's lineup of visually gobsmacking titles, pushing the boundaries of 3D-accelerator technology to new limits. You play a space marine who is dropped in to a series of unfamiliar alien worlds to fight for the survival of your race with a huge arsenal of apocalyptic weapons at your disposal. The ability of the game engine to freely mix outdoor and indoor environments (such as tunnels, underground bases, ruined cities etc.) creates a beautiful world for the player to explore and destroy!