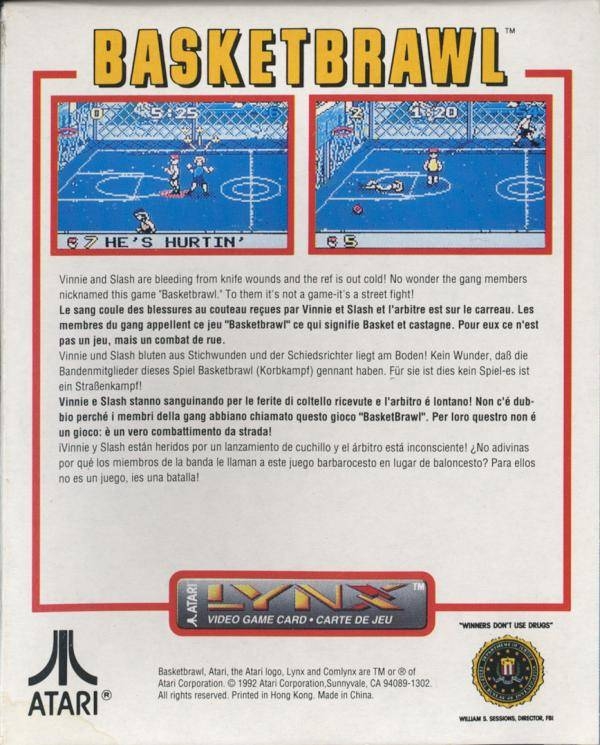 Battle for the hoop!

When city leaders started a basketball league to try to stop gang
warfare, they never expected to see plays like this: Slash takes
the ball and passes to Bubba. Bubba dribbles down court but loses
the ball when he is hit by a knife thrown from the sideline.
Vinnie grabs the loose ball. Slash punches Vinnie but Vinnie
manages to pass to Simon. Simon aims for the basket and shoots,
but a well-timed kick to the head by Bubba sends the shot wide.
Vinnie gets the rebound after knocking Slash out cold. He shoots.
The ball bounces off the bent rim, hits the backboard, and drops
for two points!