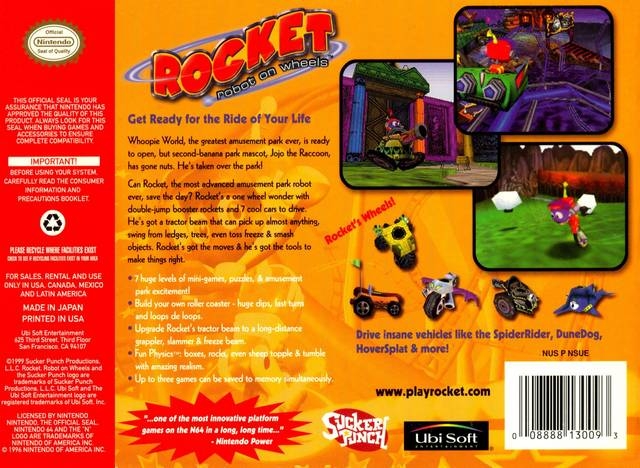 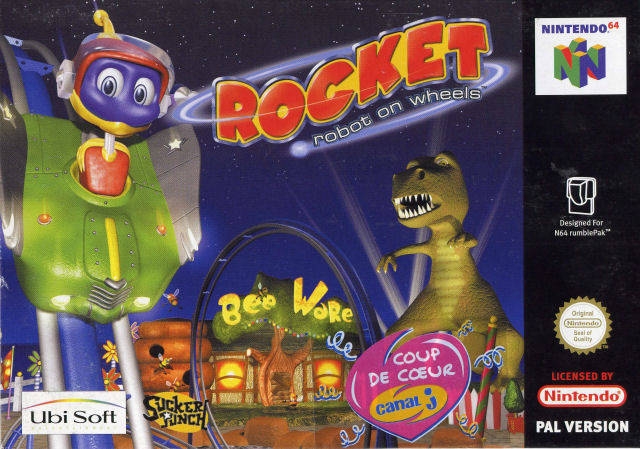 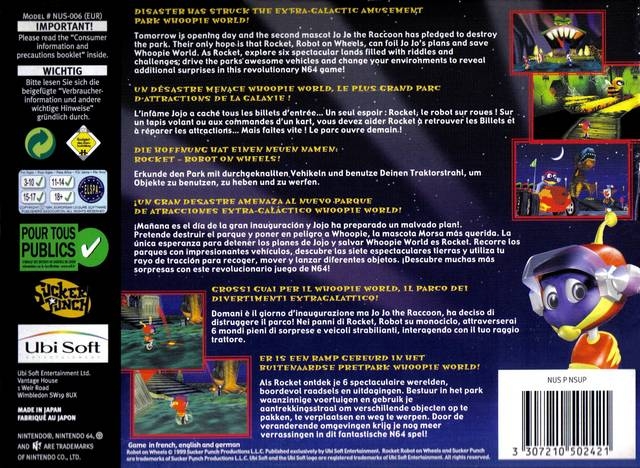 Rocket: Robot on Wheels is a delightful platform game that on the surface resembles other pointless, cute, character-driven platform games. However, after spending some time with Rocket, it reveals itself to be a deep, fun-filled adventure that really draws you in.

Rocket begins in a typically cute and fuzzy fashion at a futuristic theme park on the eve of its opening day. The man in charge of the operation leaves our hero, a robotic unicycle, to tend to the park while the man is at home. And yes, something terrible happens. The vindictive mascot of the park, Jojo the Raccoon, escapes from his cage and rewires the whole park. So it's up to you, as Rocket the Robot Unicycle, to make things right again.

Once you start to play and get a feel for the control, the game seems straightforward. But Rocket isn't your typical fast-paced platformer. Each level contains sublevel upon sublevel, not to mention minigames, puzzles, and lots of little things to interact with and figure out. For instance, early in the game you find out that one of the roller coasters is missing several screws. Once you chase down the screws within the level and bring them back to the attraction you must build a roller coaster that you'll actually get to ride. Building the track in the proper way will let you grab more items and bonuses. This hands-on problem-solving technique is really what sets the game apart from other platformers. Instead of just hitting button A to smash object B and collect item C, you must use your head along with a fair amount of control pad dexterity. The struggle and triumph of solving the problem is more of a reward than the actual object you are trying to collect.

Visually, Rocket looks like a typical N64 platform game. The game has a very basic, colorful look. While Rocket himself looks good, the cast of generic characters you come across in the game are a little on the simple side. The whole production moves along at a smooth pace with a healthy frame rate. Of course, like most 3D platform games on the market, the camera isn't completely glitch-proof. There are occasions when the camera points directly at Rocket's face, leaving you blind as to what awaits you. The aural portion of Rocket is par for the N64 course. Happy, lighthearted tunes permeate the entire game, and the sound effects are cartoony in nature.

In the end, Rocket is a good platform game that will please platform fans. Its gameplay is diverse yet solid, and it all combines to form a game that will keep you interested for quite some time.