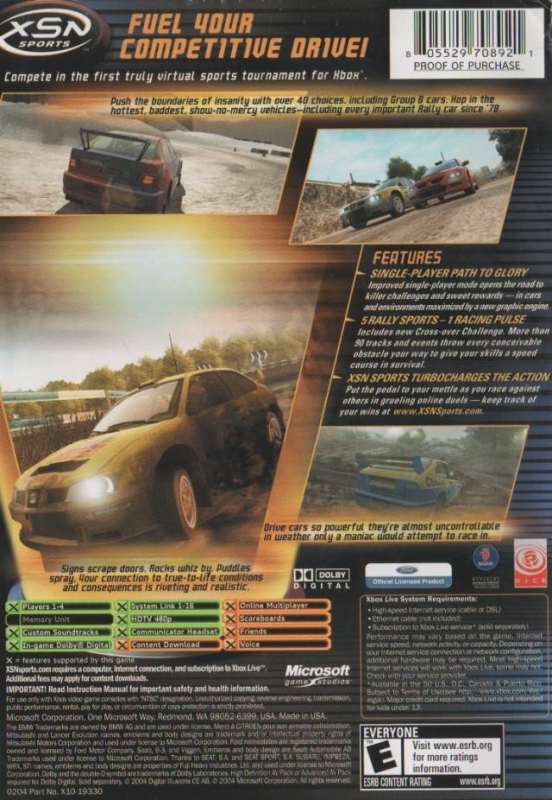 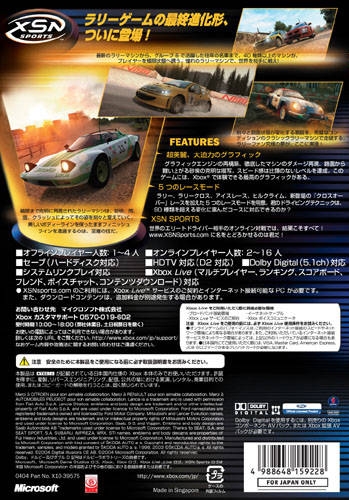 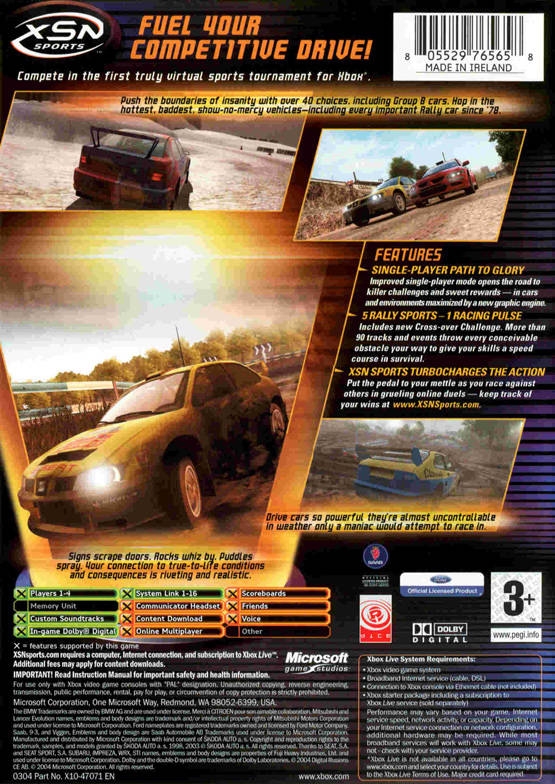 After spending more than a year in the garage, RalliSport Challenge 2 has emerged with more than just a new paint job. The game boasts several new features, including a new graphics engine, online play through Xbox Live®, new race modes, more cars and tracks, and the ability to set up leagues and tournaments using XSNsports.com.

RalliSport Challenge 2 combines all of the action of the various rally sports into one game. It embodies the energy, passion, and thrill of rally racing.

It’s about living on the edge and hitting the road with the white-knuckled intensity that only rally racing can deliver.

"The game stands to be the most comprehensive rally package this generation."
- Xbox Nation, December 2003