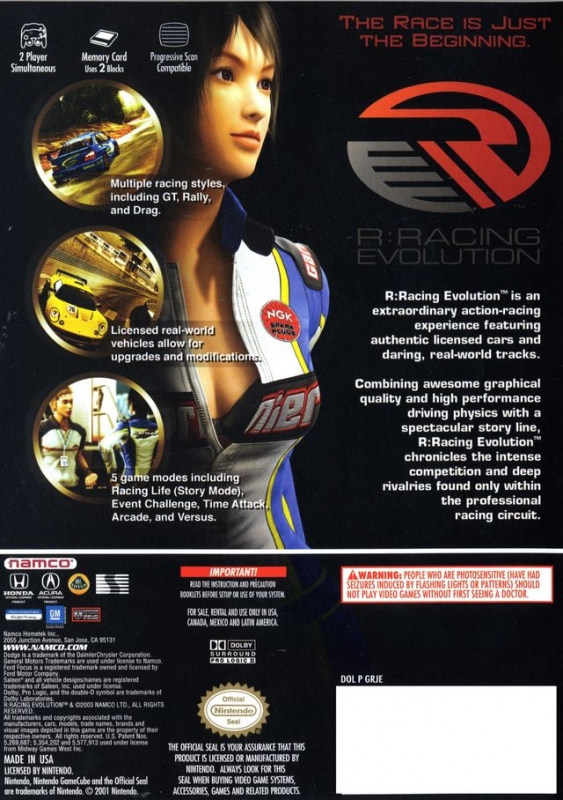 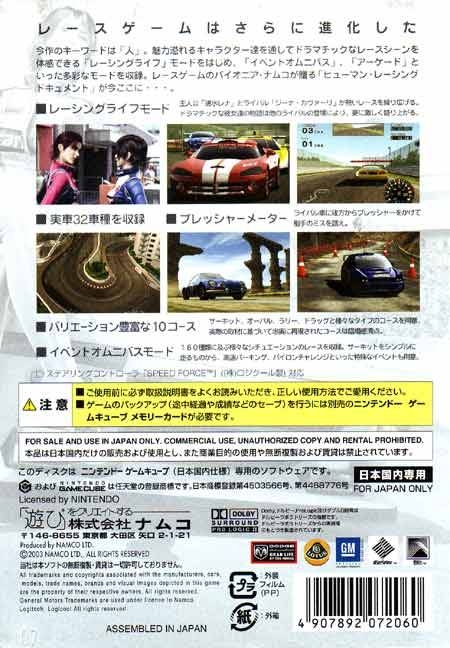 In R:Racing, Namco went all out to deliver the exhilaration and tension that make up a superb racing game. Players will live through the real experiences of a top racer, driving the circuits and threading through cities at speeds of 300 kph. All the car models have been expertly recreated from data collected on real cars from all over the world, that allows players to feel realistic features, such as the heaviness of the wheel, the engine activity, and air resistance on the car's body. Namco took special care to preserve each car's characteristics, down to the finest details.

Exciting features such as the Interactive Driver AI System and in-game radio communications bring players closer to racing action than ever before! In Racing Life, two tough racers, Rena Hayami and Gina Cavalli play out their fierce rivalry in a series of breathless races. Their fast-paced story heats up, as other determined racers appear to challenge their track supremacy. In R: Racing, you will drive more than 35 real-world vehicles that allow for upgrades and modifications, in 14 tracks from real-world and fantasy locations.