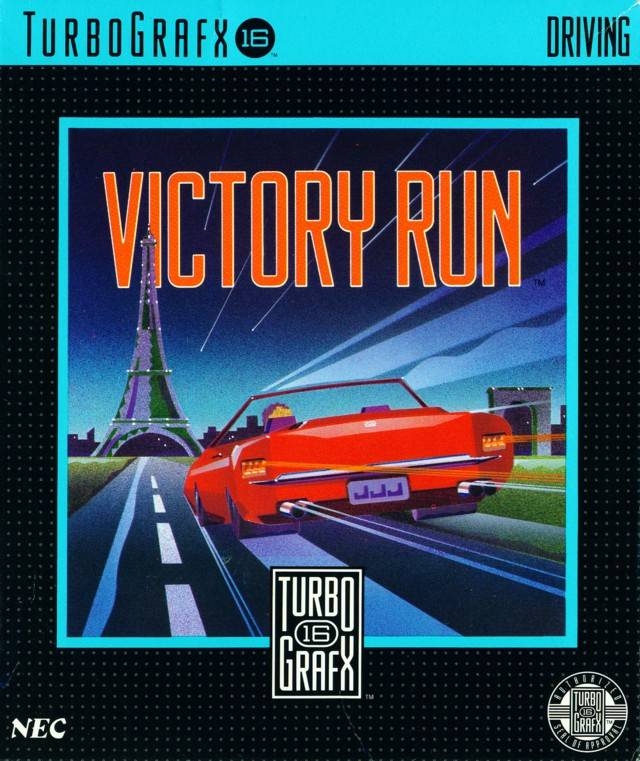 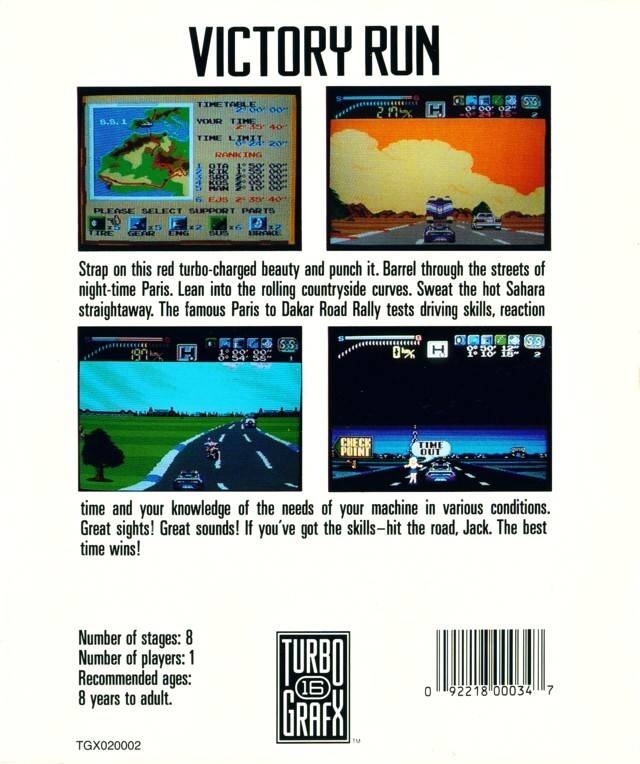 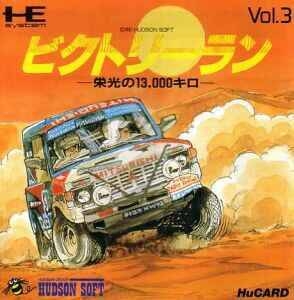 When Victory Run made its way to the Turbo Grafx-16 in late 1980s, it stood out among racing games for gameplay that dove deeper than the arcade action of Rad Racer and Out Run.

Victory Run involved a marathon that spanned the course of days. You raced through cycles of afternoon, dusk, twilight, etc. against a clock that you could extend by finishing courses quickly. As you raced, you had to navigate obstacles like oil slicks, heavy traffic, signage, uneven terrain and blind turns.

Unlike its competitors, Victory Run incorporated shifting. You controlled both a steering wheel and a four-gear shifting system with the directional pad. Moreover, your car required maintenance, something rarely seen in prior racing games. Brakes, gears and tires all wore down as the race progressed. Deciding how to allocate your resources was crucial to finishing the race. These elements of strategy and management helped make Victory Run one of the first true racing simulators, and a classic TurboGrafx title.