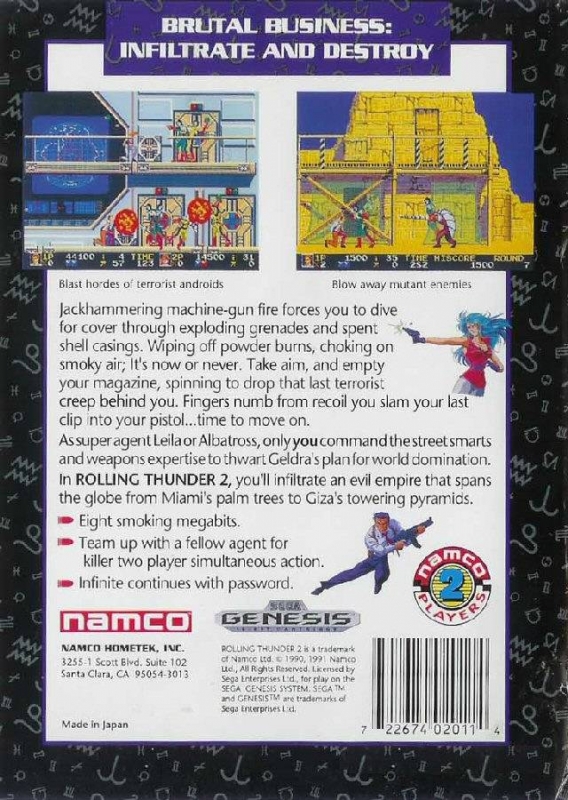 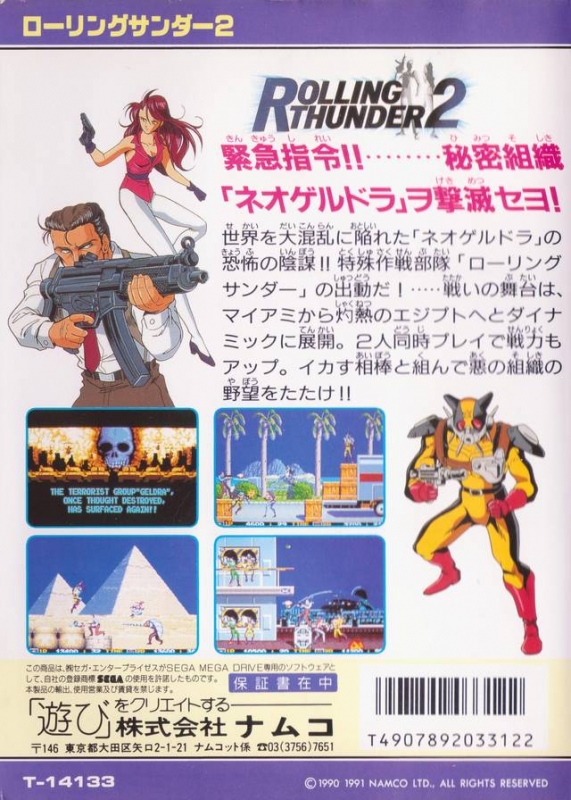 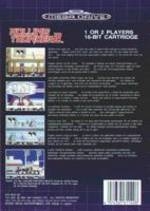 In this follow-up to the original classic, you are once again a member of Interpol's Rolling Thunder task force, and it's up to you to stop the return of the evil Geldra organization.

Now known as Neo-Geldra and led by a newcomer named Gimdo, the bad guys are bent on destroying several valuable outer-space satellites. In this one- or two-player game, you can play as Leila or Albatross-both characters from the original-as you venture through several different levels, trying to put a stop to the nefarious efforts of Gimdo and the rest of Neo-Geldra.

Use your bullets wisely and make Rolling Thunder proud.