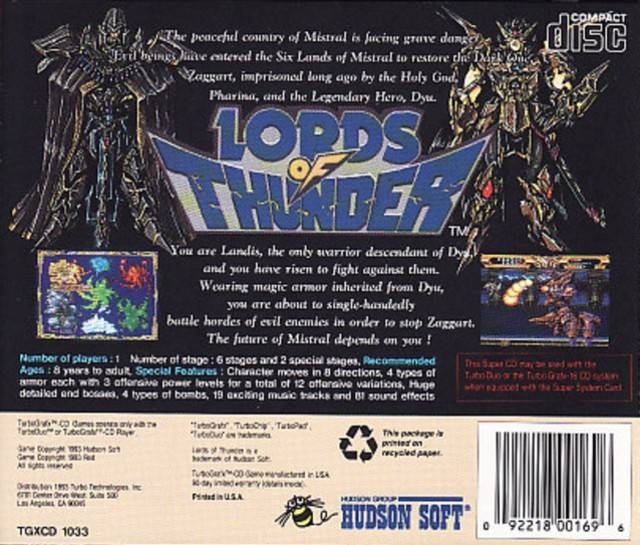 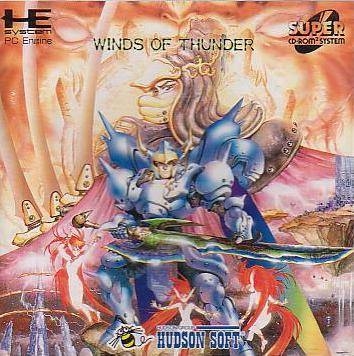 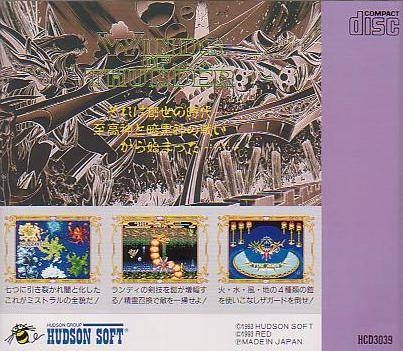 Lords of Thunder is a side-scrolling shooter that has you take on the role of a legendary warrior, blasting enemies to heavy-metal tunes. Your enemies are plotting to revive Zaggart, "The Dark One," who was sealed beneath the six continents of Mistral. It's up to Landis, descendant of the heroic Dyu, to stop them. Choose the order in which to attack the six stages.

Before each stage, select one of four magic armors and use crystals you've collected during your battles to buy items. Selecting the right armor for each stage is the key to your ultimate victory. Then get ready to face awesome enemies like a fire-spewing sea serpent or a giant insect. Whether it's the fast-paced shooting or breaking into the fortress of a stage boss, you'll be blown away by the intensity of Lords of Thunder.