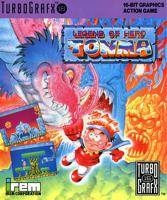 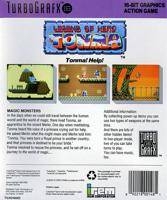 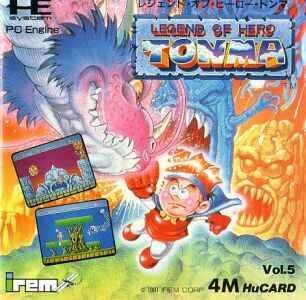 LEGEND OF HERO TONMA is an action game that puts players in control of the magic-user Tonma, whose role - as was typical for game heroes of the day - is to travel to another world and save the princess. Fight your way through seven stages using Tonma's jump ability and shot power.

Collect power-ups and barriers to grow in strength and pummel your enemies. Bring that strength to the end of each stage to face off against and defeat the menacing bosses that aim to keep you from the princess. This well-detailed game's comic visuals and feel will have players wanting to come back for more frantic and exciting action.