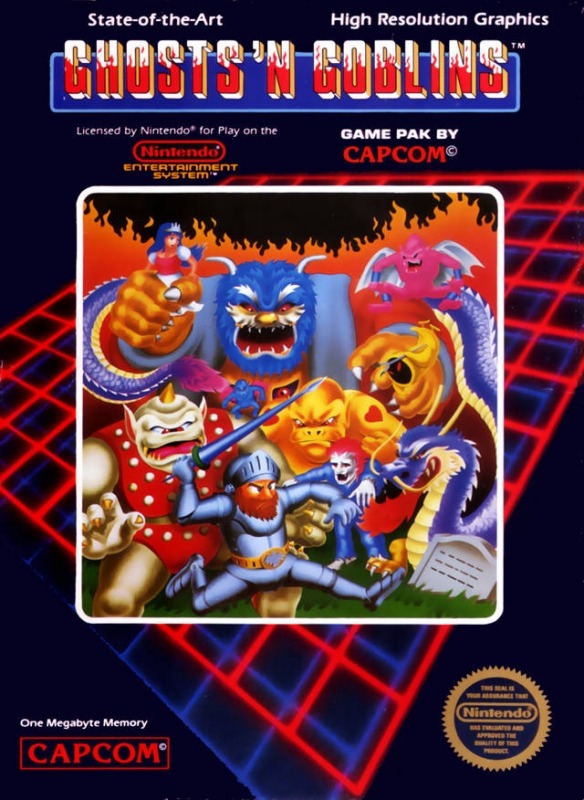 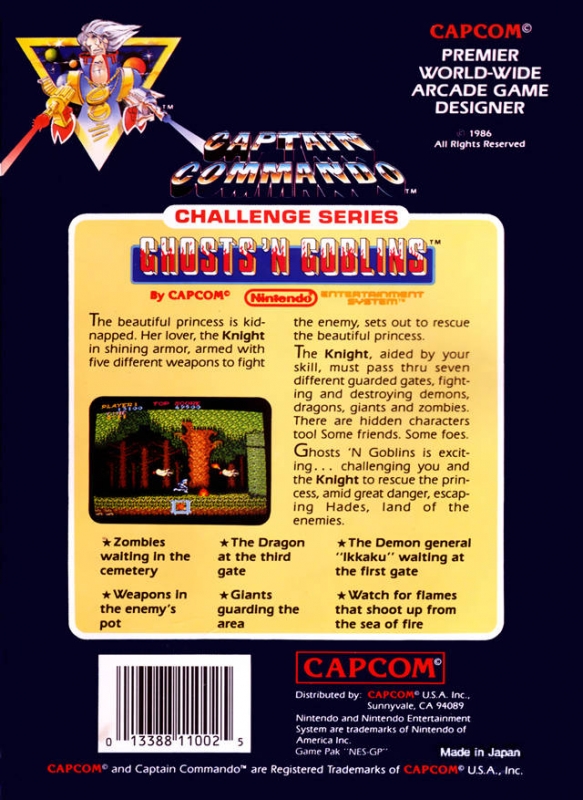 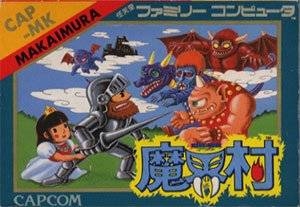 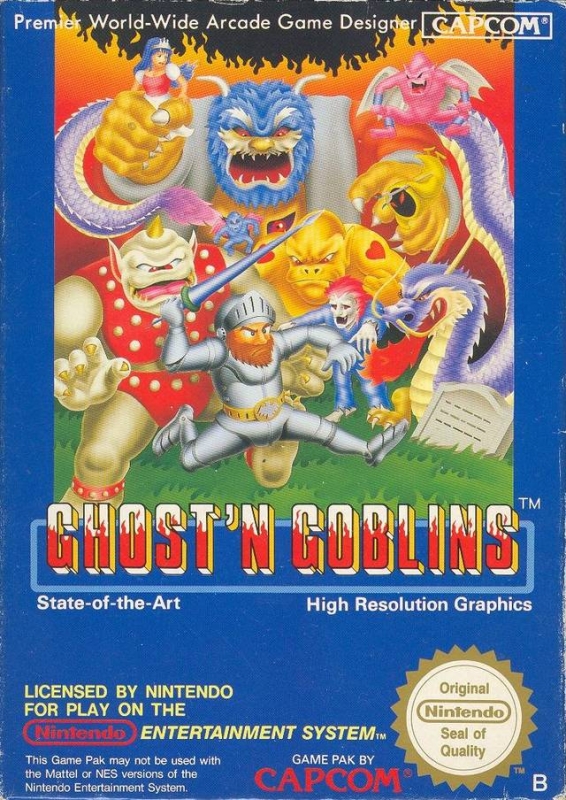 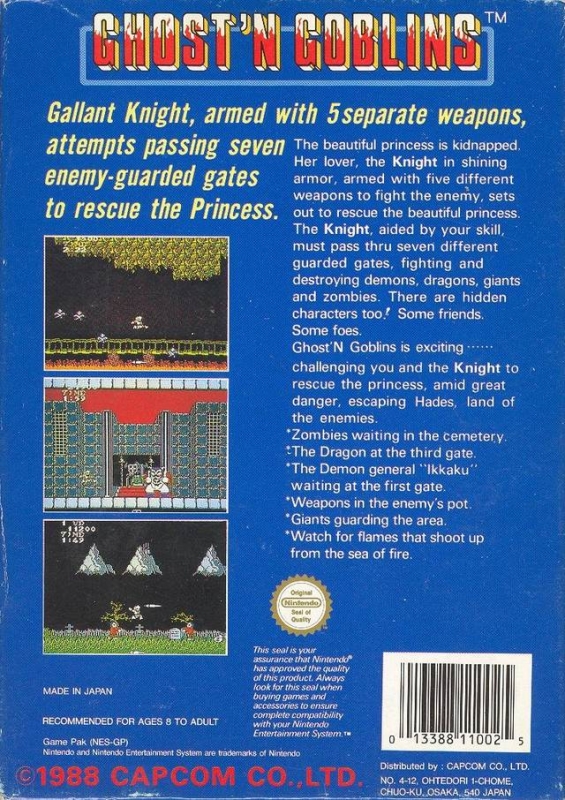 Ghosts'n Goblins was a popular arcade game before it made the leap to the NES in 1986. Like later games in the series, Ghosts'n Goblins presents quite a challenge to players brave enough to take on the role of Arthur and delve into the realm of demons and monsters to rescue the kidnapped princess.

Choose your weapons wisely and take advantage of their strengths to deal with the situation at hand. Pass through the six gates that stand between you and Astaroth, and teach him a lesson in chivalry he'll never forget.

Demonstrating a high level of technical prowess for a game of its era, Ghosts'n Goblins presents a unique and unforgettable universe. The stage for adventure is set. Are you up to the test?