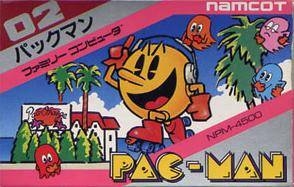 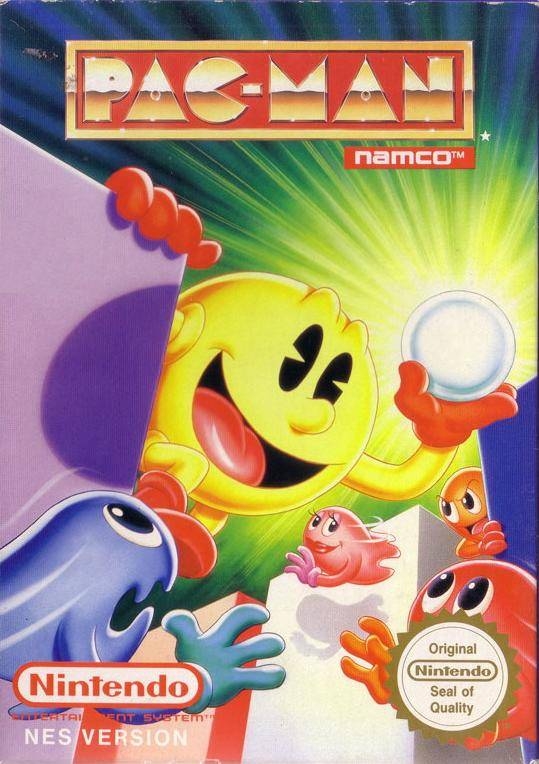 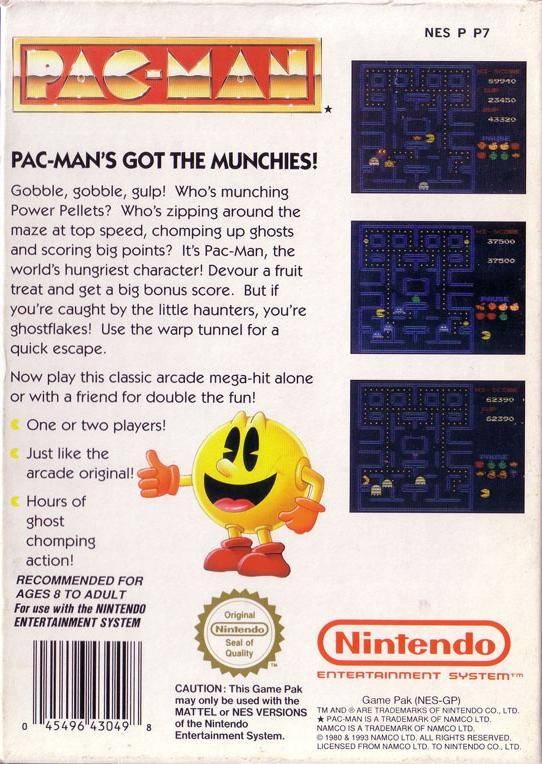 Pac-man's got the Munchies! Gobble, gobble, gulp! Who's munching power pellets? Who’s zipping around the maze at top speed, chomping up ghosts and scoring big points? It's Pac-Man, the world’s hungriest character! Devour a fruit trat and get a big bonus score. But if you’re caught by the little hunters, you’re ghostflakes! Use the warp tunnel for a quick escape. Now play this classic game alone or with a frien. Scramble around your own maze and chomp a ghost. It pops up in your opponent’s maze, and he's got to skedaddle even faster!

Move Pac-Man through the maze, avoiding ghosts and eating all the Pac-Dots. Beware, each of the ghosts behave differently.

When Pac-Man chomps a Power Pellet, he becomes invincible and is able to eat the blue ghosts.

The more ghosts Pac-Man eats in a row, the higher the score. Don't forget to eat the bonus fruit too. Released in 1980, Pac-Man is the most well-known video game on Earth and is also commonly acknowledged as one of the most successful coin-operated games in history.