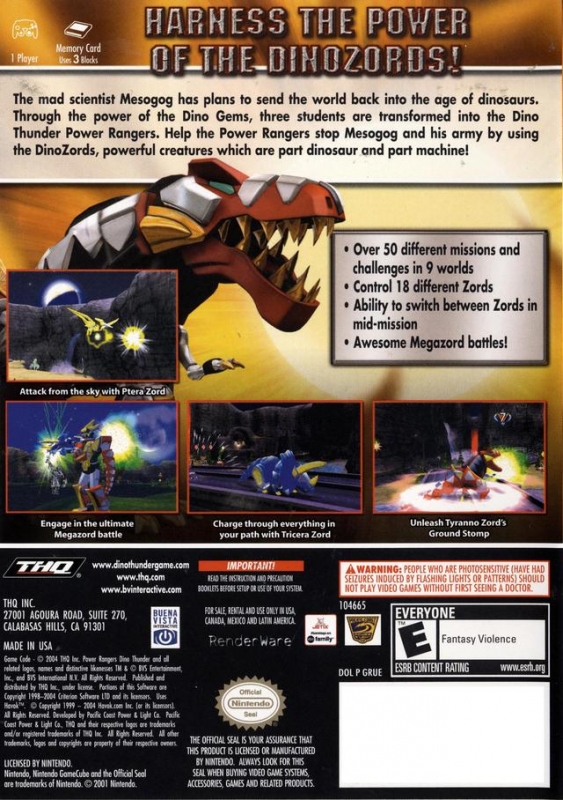 The perennial boys favorite TV show and toy franchise enters its 12th season with a combination which is sure to be more appealing than ever—Power Rangers AND Dinosaurs. The mad scientist Mesagog has plans to send the world back into the age of dinosaurs. Through the power of the Dino Gems, three students are transformed into the Dino Thunder Power Rangers. The mission: to stop Mesagog and his Tyrannodrones by utilizing the Dino Zords, powerful creatures which are part dinosaur and part machine, which the Dino Gems enable the Rangers to control