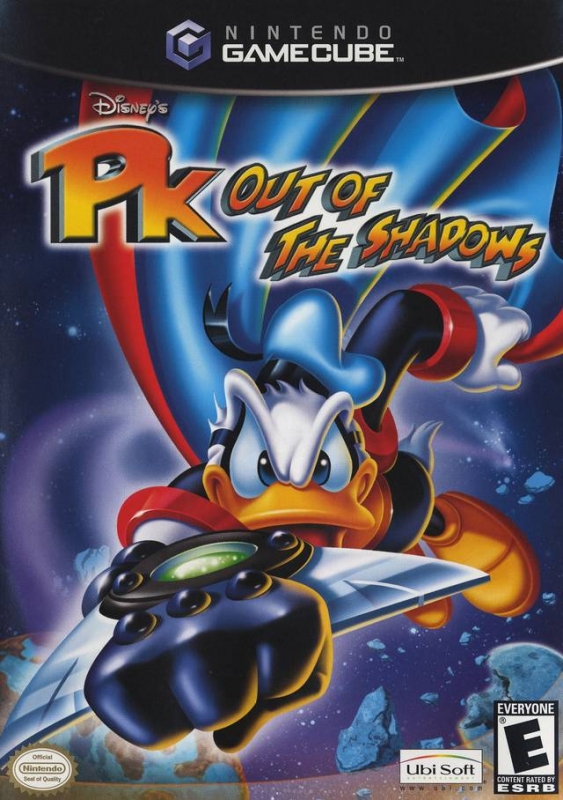 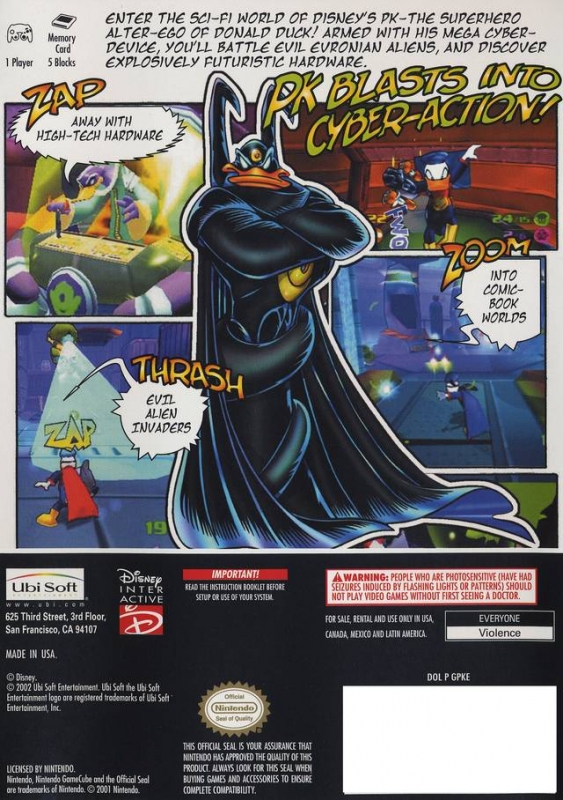 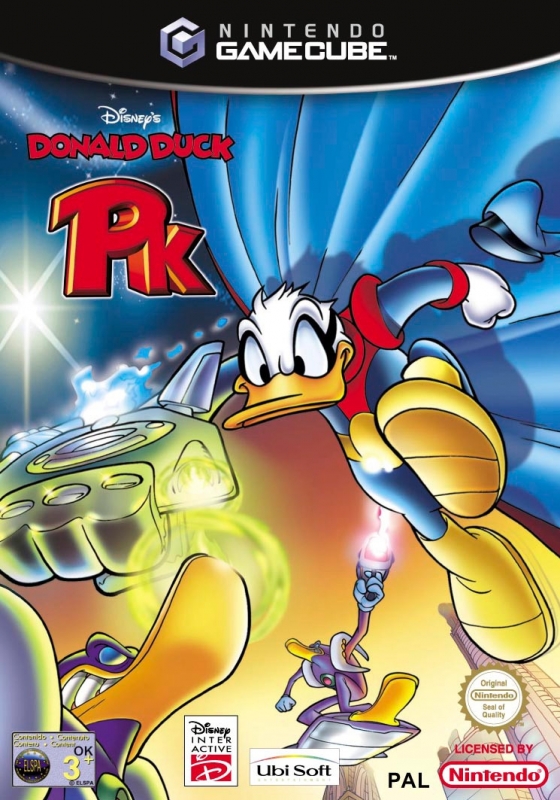 Disney's PK: Out of the Shadows (GC)

PK = The only hero who can save Planet Earth from Evronians!

Bored with his everyday life working in Ducklair Tower as a security guard, Donald Duck makes a wish to become a super hero. Computer One, a super-computer hidden in the tower, enrols Donald as the new Superhero of the Future... PK.

PK soon finds himself hunting down the Evronian aliens.

PK discovers that the Evronians plan to secretly invade Earth and to transform its inhabitants into slaves, the"CoolFlames". PK blasts his way through the enemy defences to finally reach the Evronian Battleship hidden in Earth’s orbit.

His mission: save the hostages and defeat the Evronians!