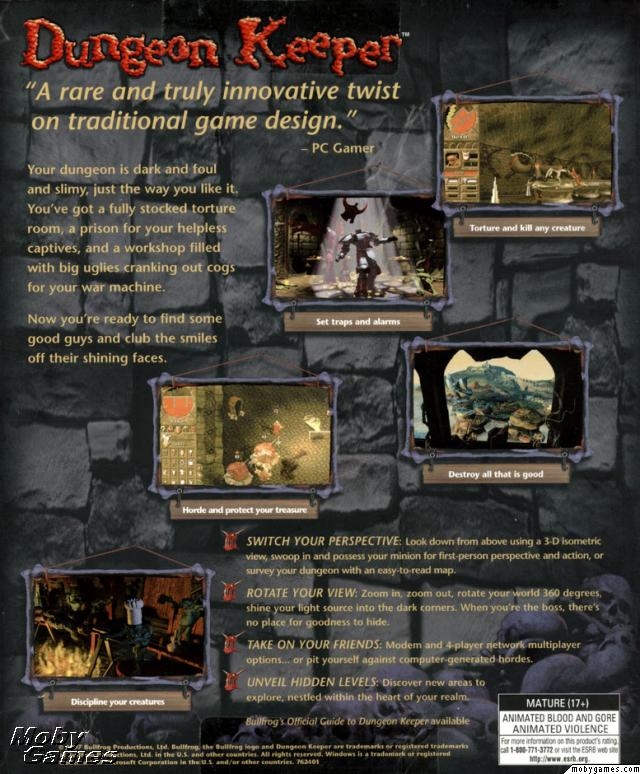 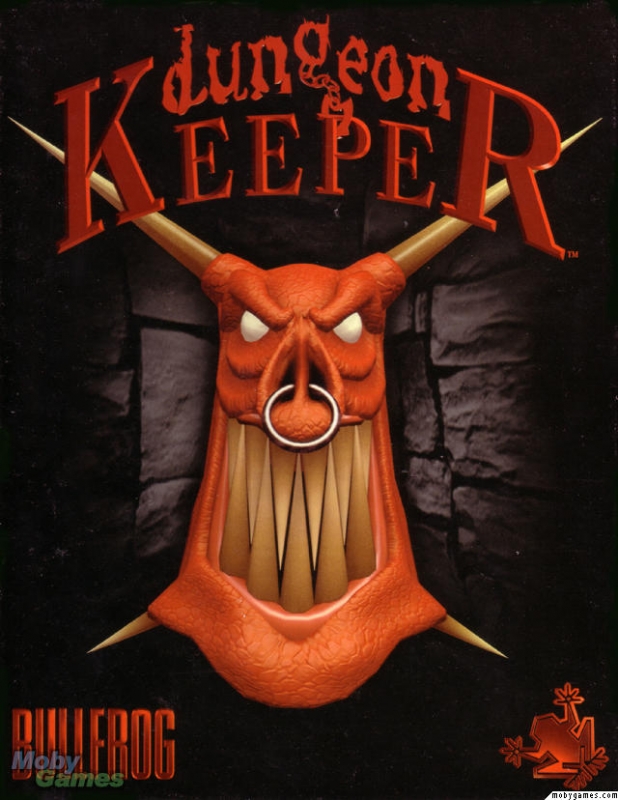 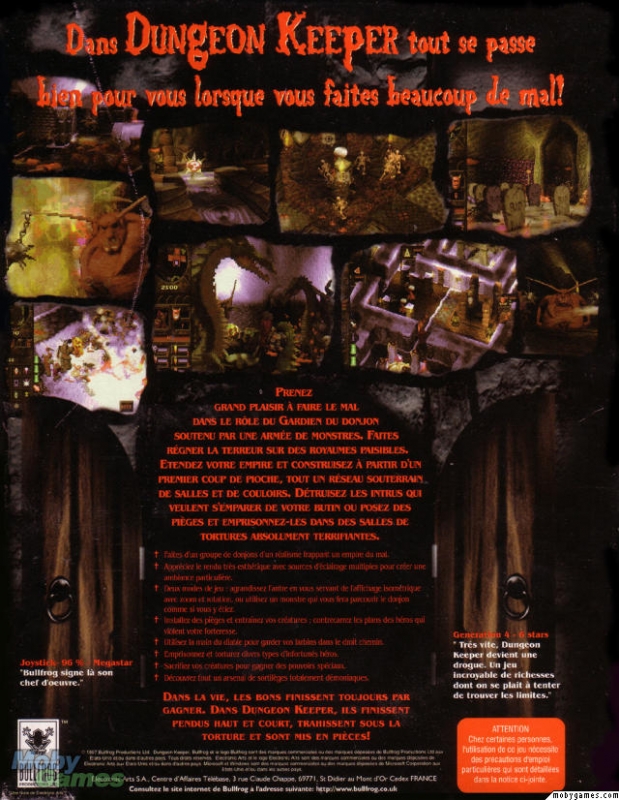 In Dungeon Keeper you are cast as an evil dungeon keeper and have to fight off attempts by heroes to defeat your evil empire and steal your ill gotten treasure. You have at your disposal an army of imps to take care of dungeon upkeep and maintenance and a host of evil creatures who will chose to form an alliance with you so long as you have money and power. It is these creatures who display the most sophisticated artificial intelligence yet. The imps will act on your commands to dig for gold and tunnel out your dungeon but if they have no orders from you they will clean the dungeon, build strong impenetrable walls to defend it and decorate the dungeon. The evil creatures exhibit an astounding amount of personality. They will choose the best place in the dungeon for their lair, skeletons like to live near corpses , while spiders like dusty corners and vampires also prefer to be away from the light. Once they have found a place they like they will decorate it to make it their own. These evil beings display a wide range of emotions, if they are hungry they will hunt for food and kill other dungeon inhabitants if necessary. If another creature encroaches in their living space they will attack them, if they think that your powers and bank balance are waning they will leave your dungeon. The dungeon keeper can exert his influence over the evil creatures with the use of magic spells and so can call creatures to battle and move them from place to place.