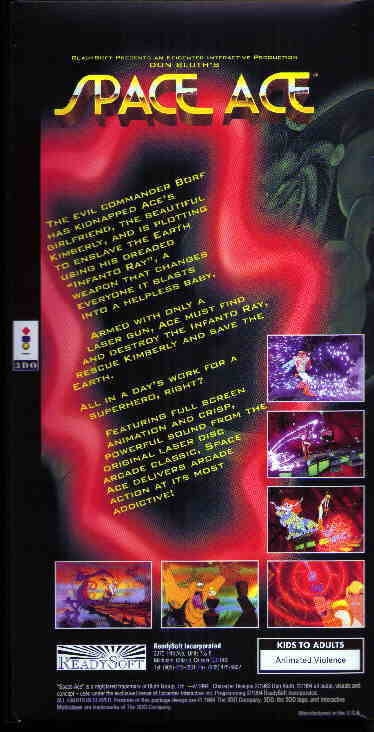 A game, then released in Spring a laserdisc video game produced by Don Bluth Studios, Cinematronics, and Advanced Microcomputer Systems (later renamed RDI Video Systems). It was unveiled in October 1983, just four months after the Dragon's Lair1984, and like its predecessor featured film-quality animation played back from a laserdisc. The gameplay too is similar, requiring the player to move the joystick or press the fire button at key moments in the animated sequences to govern the hero's actions.