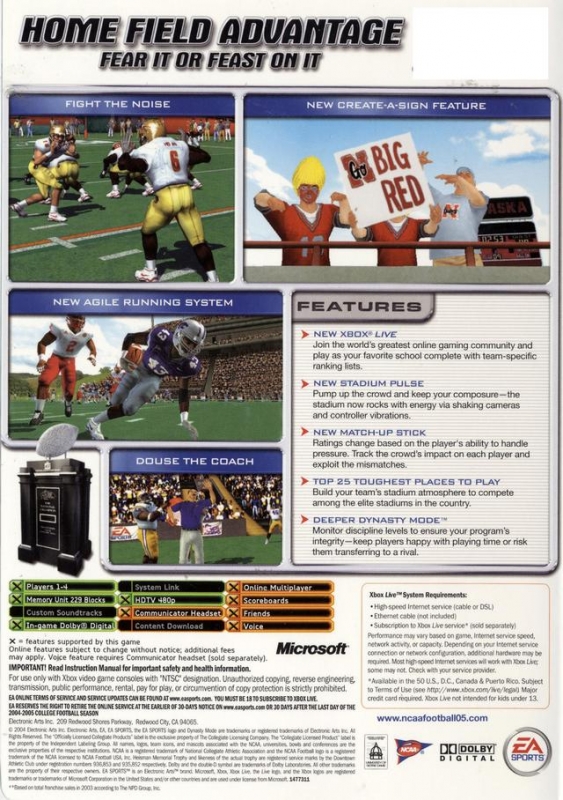 Do you have what it takes to survive in college football’s most hostile environments?

For the first time in videogame football history, the game day atmosphere directly affects players’ on-field performances. With NCAA® Football 2005, you can track the crowd’s impact on players and see if they have enough composure to withstand the pressure.