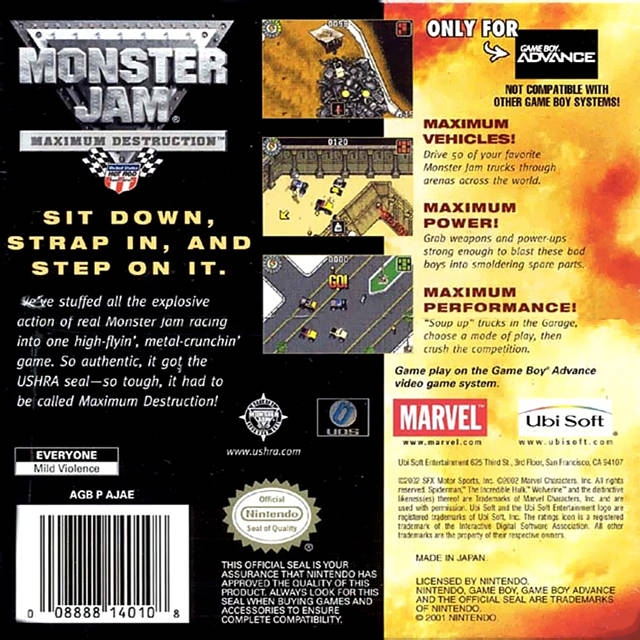 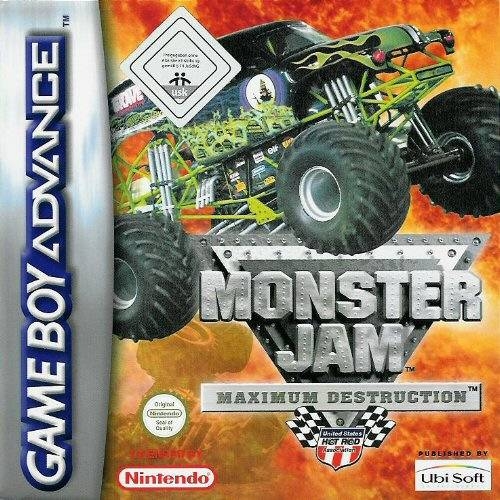 Gamers can get behind the wheel of 20 licensed Monsters such as Grave Digger, Reptoid, Wolverine, or Wild Thang. Choose between 2 different modes. Crush, ram and destroy opponent’s vehicles to earn cash to upgrade your own.

Gameplay:
Get behind the wheel of the world's most famous monster trucks with a brutal arsenal of weapons and go head-to-head in savage vehicular combat. Jump in, hold on, and grind it out through interactive arenas with multiple sub-levels, tricks, traps, and surprises. Play for total carnage as you master your tricks in six modes of play including a Freestyle session and the no-holds-barred Championship mode where your rewards pay off in the ultimate in monster truck destruction.
Features: