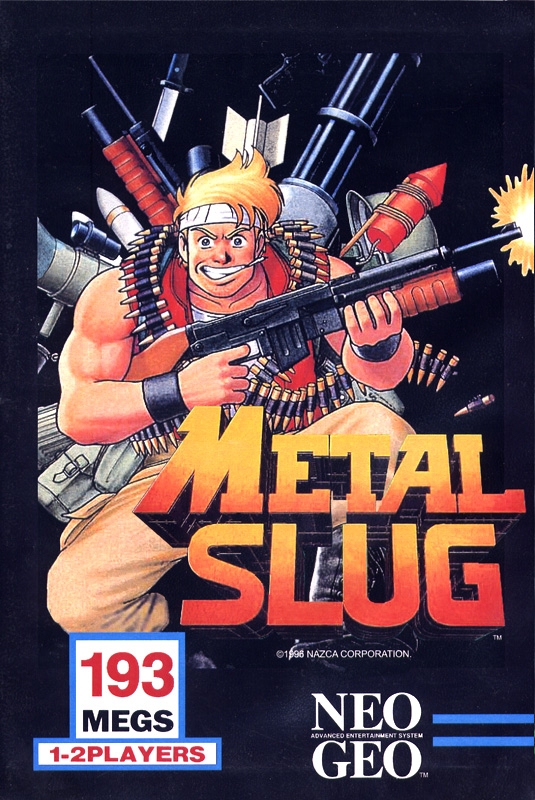 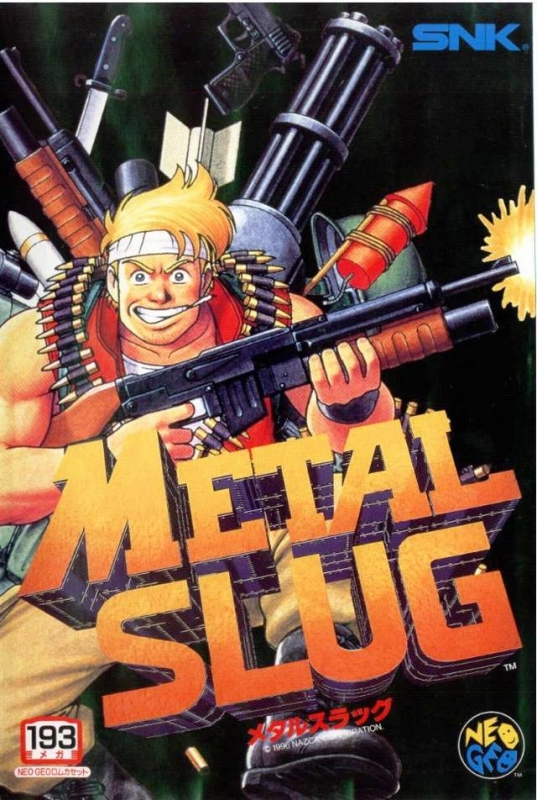 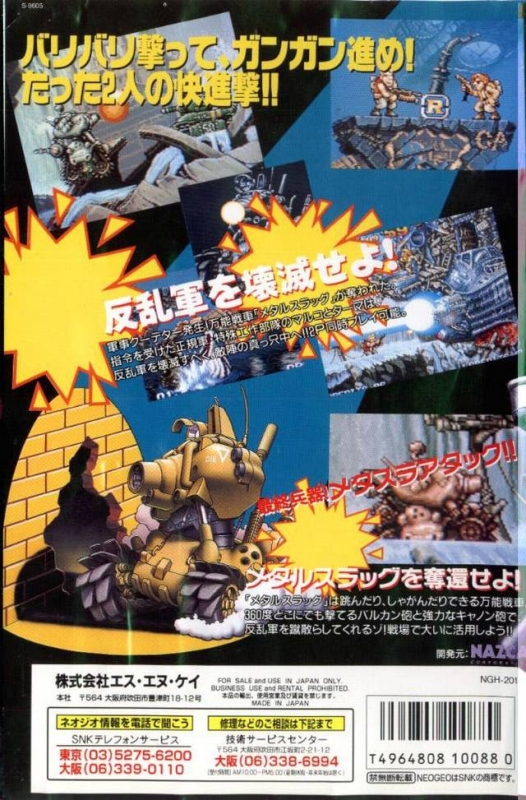 Released in 1996 by SNK, Metal Slug is a side-scrolling military-action game. Players control Marco and Tarma, both members of the special-ops force Team Peregrine Falcon (commonly known as Team PF), and battle their way through stage after stage of intense action. The goal is to try to overthrow General Morden and win back the stolen weapon, the Metal Slug. Players must blast through waves of enemies and machines (while also jumping over any obstacles in the way) to advance through the stages. It's not as hopeless as it might sound, though—weapons such as heavy machine guns, shotguns, rocket launchers and flamethrowers, as well as the Metal Slug itself (which appears frequently in the game), will make the battle easier. Take on General Morden with a friend to lighten your load and ramp up the excitement even more.