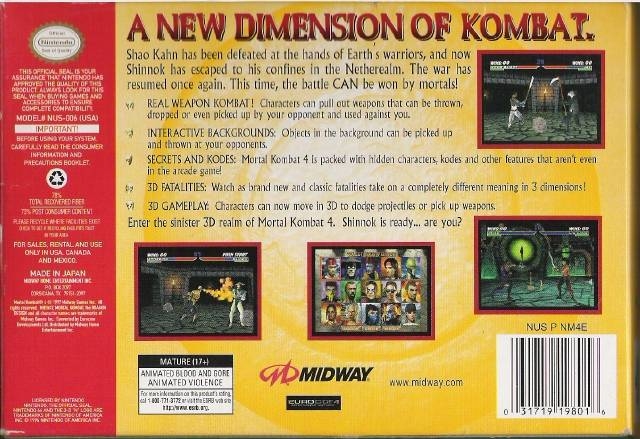 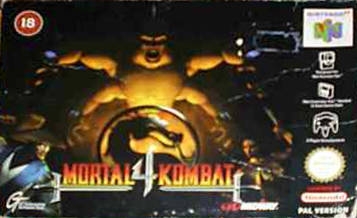 A NEW DIMENSION OF KOMBAT.

Shao Kahn has been defeated at the hands of Earth's warriors, and now Shinnok has escaped to his confines in the Netherealm. The war has resumed once again. This time, the battle CAN be won by mortals!

REAL WEAPON KOMBAT! Characters can pull out weapons that can be thrown, dropped or even picked up by your opponent and used against you.

INTERACTIVE BACKGROUNDS: Objects in the background can be picked up and thrown at your opponents.

SECRETS AND KODES: Mortal Kombat 4 is packed with hidden characters, kodes and other features that aren't even in the arcade game!

3D GAMEPLAY: Characters can now move in 3D to dodge projectiles or pick up weapons.

Enter the sinister 3D realm of Mortal Kombat 4. Shinnok is ready... are you?