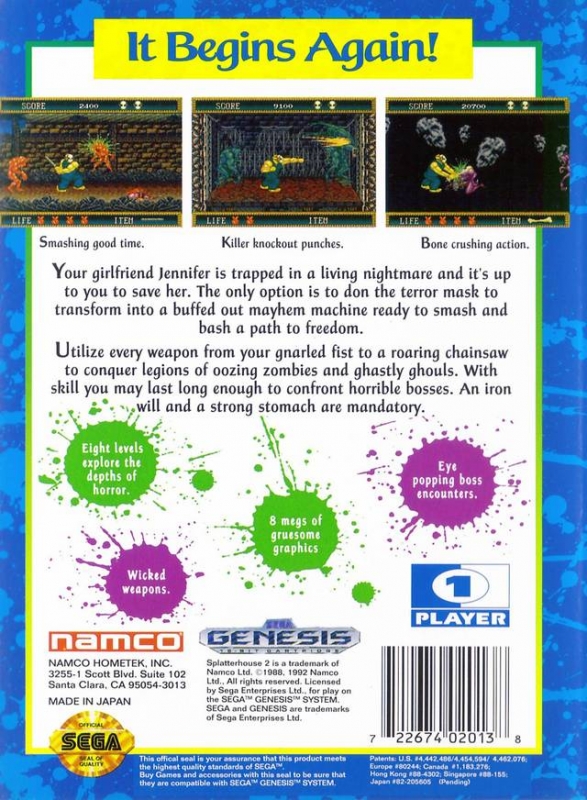 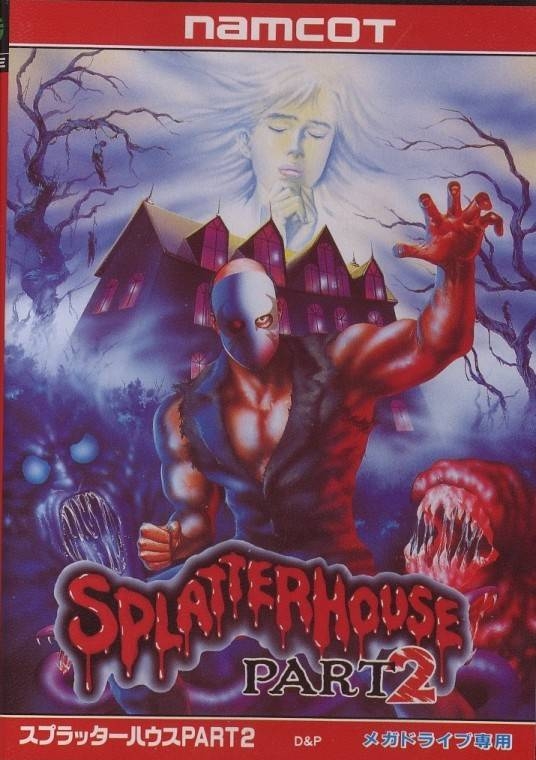 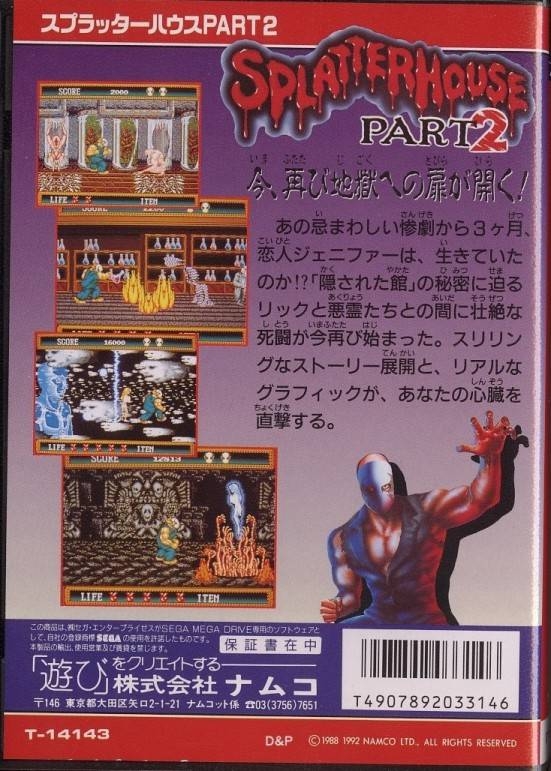 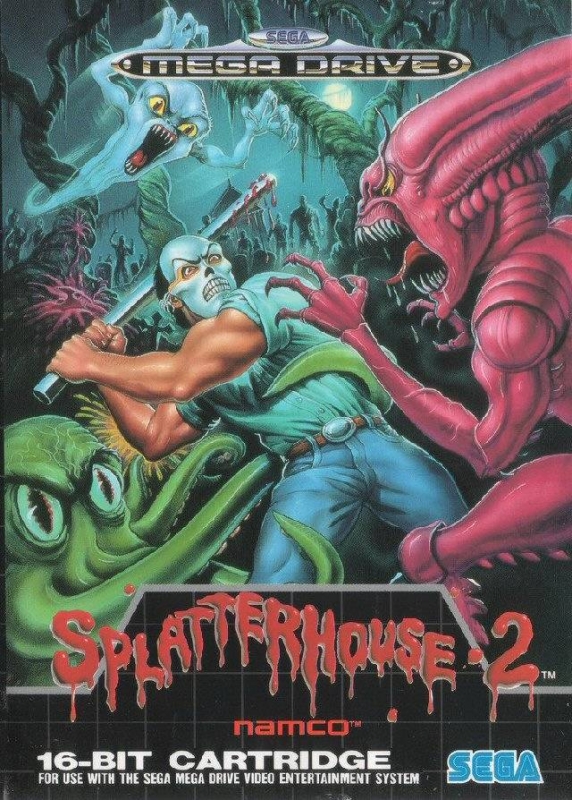 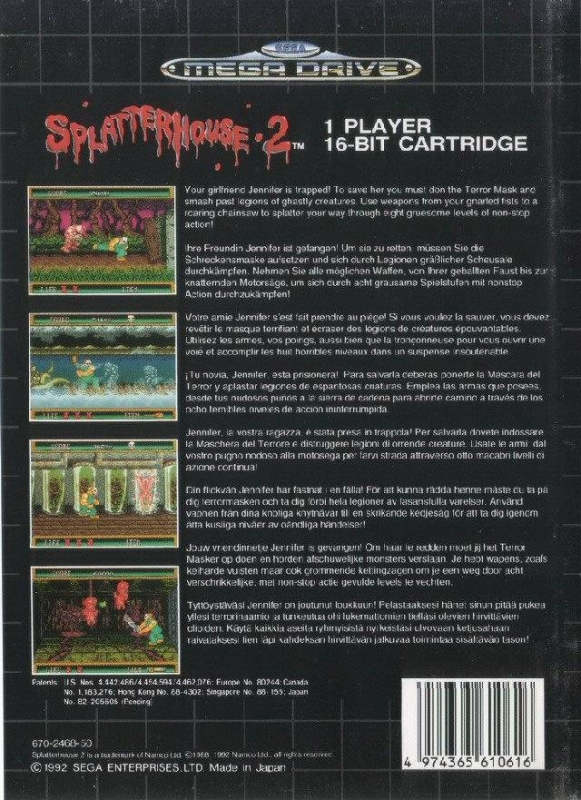 SPLATTERHOUSE 2 is the sequel to SPLATTERHOUSE, released only on the Sega Genesis. A few months after escaping from the first mansion in SPLATTERHOUSE, the main character, Rick, once again encounters the Terror Mask and must use its powers to rescue his beloved Jennifer. Rick will need to punch, slash, smash and even chainsaw his way through a haunted mansion against unspeakable horrors and terrifying bosses to make it out alive.