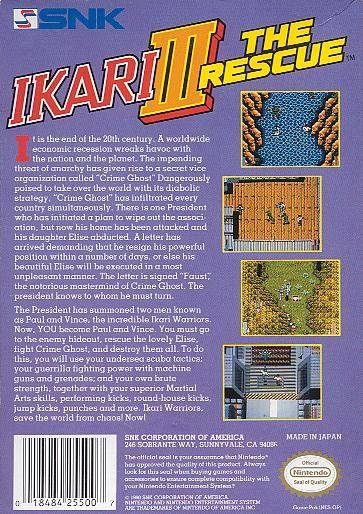 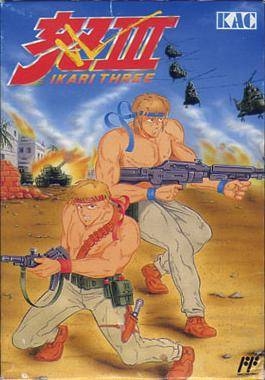 It's the end of the 20th century. A worldwide economic recession wreaks havoc with the nation and the planet. The impending threat of anarchy has given rise to a secret vice organization called "Crime Ghost." Dangerously poised to take over the world with its diabolic strategy, "Crime Ghost" has infiltrated every country simultaneously. There is one President who has initiated a plan to wipe out the association, but now his home has been attacked and his daughter Elise abducted. A letter has arrived demanding that he resign his powerful position within a number of days, or else his beautiful Elise will be executed in a most unpleasant manner. The letter is signed "Faust," the notorious mastermind of Crime Ghost. The president knows to whom he must turn. He has summoned two men, Paul and Vince, the incredible Ikari Warriors. Now YOU become Paul and Vince! You must go to the enemy hideout, rescue the lovely Elise, fight Crime Ghost and destroy them all!