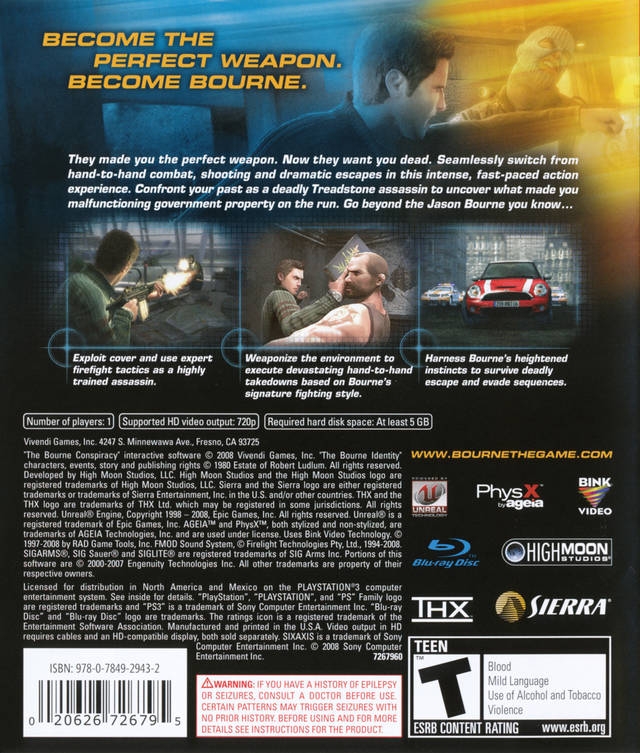 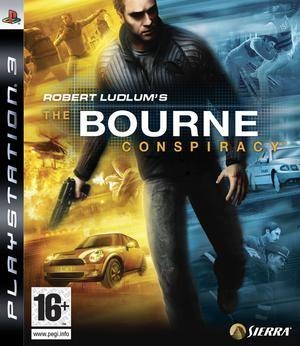 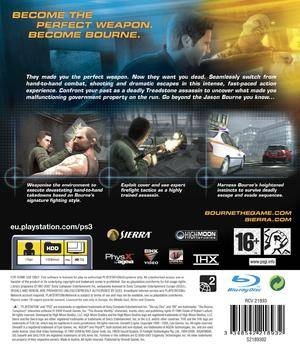 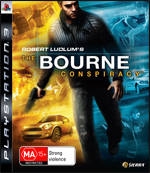 You are the perfect weapon. You are Jason Bourne.

Robert Ludlum's best-selling spy novels and blockbuster film adaptations have thrilled millions. Now become Ludlum's most famous spy Jason Bourne, going deeper than ever into his world of espionage and conspiracy. A signature Jason Bourne video game experience is born in an original title fusing the viscous tension and depth of the novels with the aggressive style and frenetic action of the films.