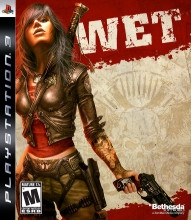 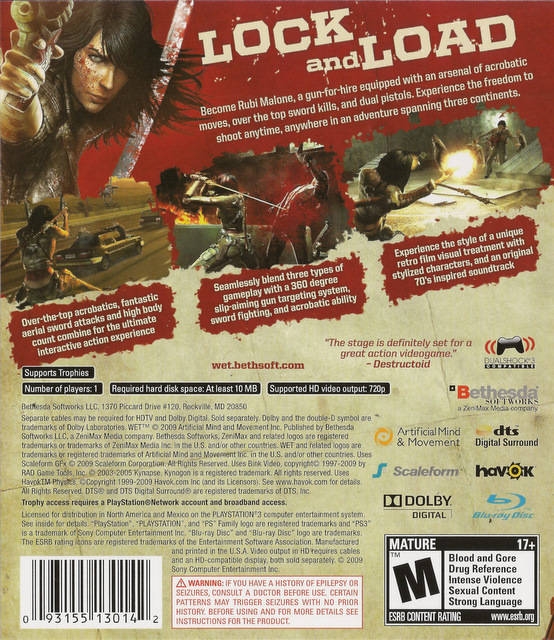 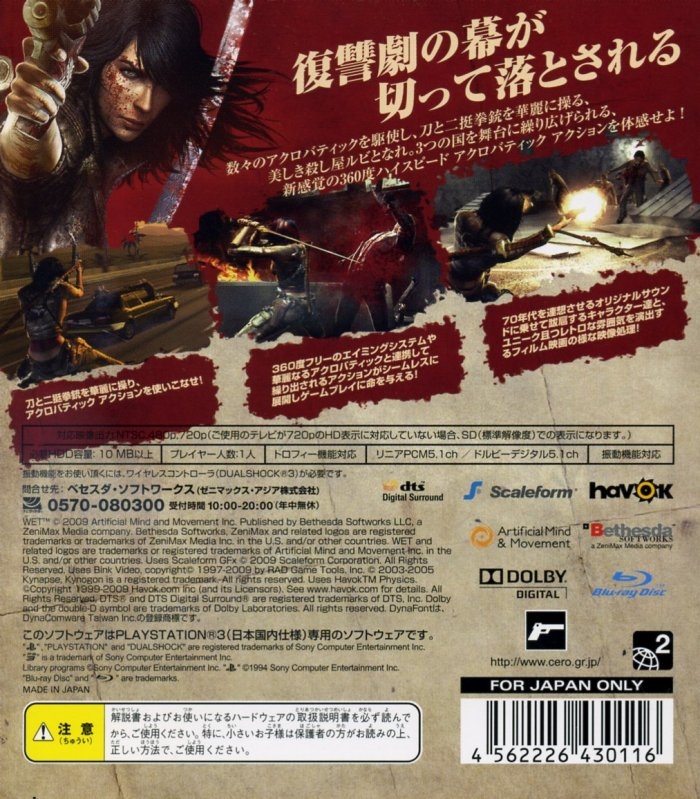 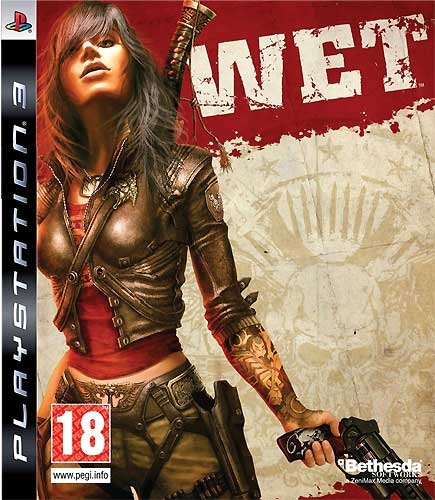 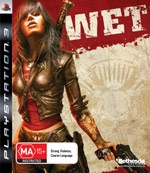 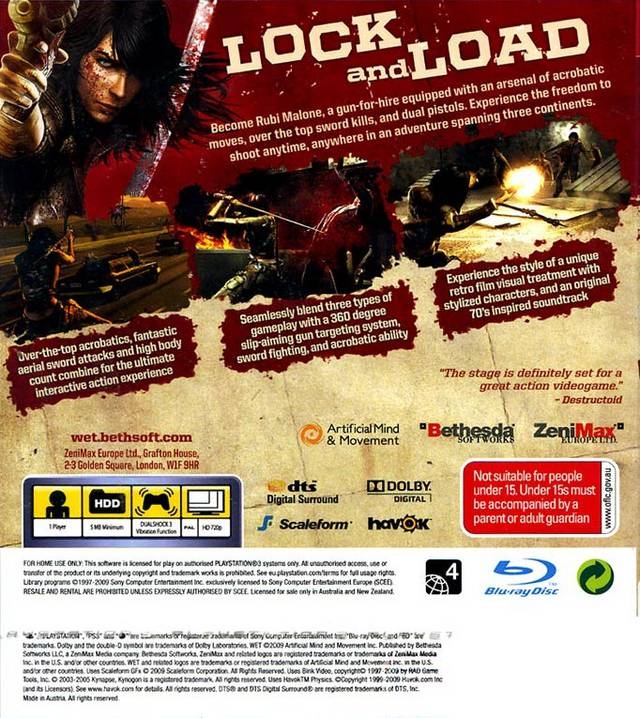 "A bloody tribute to grindhouse that just ends up being a bloody grind."

WET is a highly-stylized third person shooter that seamlessly blends gun play, sword kills and over-the-top acrobatics to create the ultimate interactive action experience. The game allows you to shoot anywhere, anytime. You will have the freedom to shoot while running, sliding down ladders, sliding across the floor, or performing any number of acrobatic moves. Featuring an ironic mix of humor and violence, unique retro film visual treatment, and original 70’s inspired music, WET is a third- person shooter experience unlike any other.

When Rubi Malone, a gun-for-hire, agrees to fix a wealthy man’s problem by finding and bringing back his wayward son, she thinks the job is going to be cut and dry. She thought wrong. The job turns out to be more complicated than expected and the man who hired her isn't who he appears to be. On the run and looking for the man who betrayed her, Rubi is leaving a massive body count in her wake.