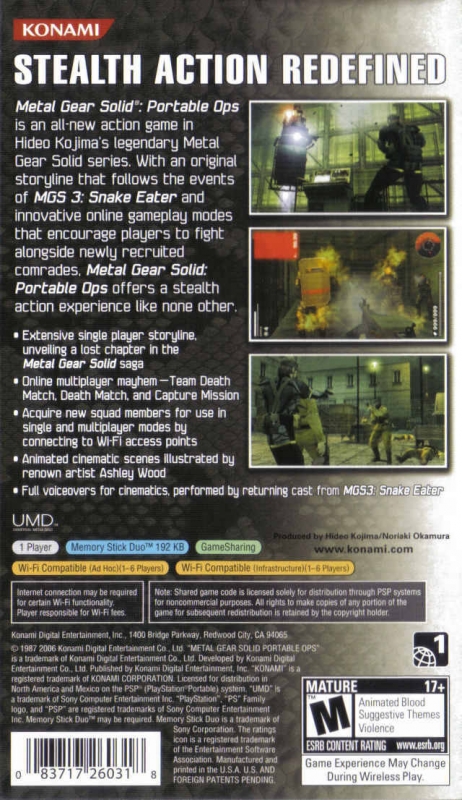 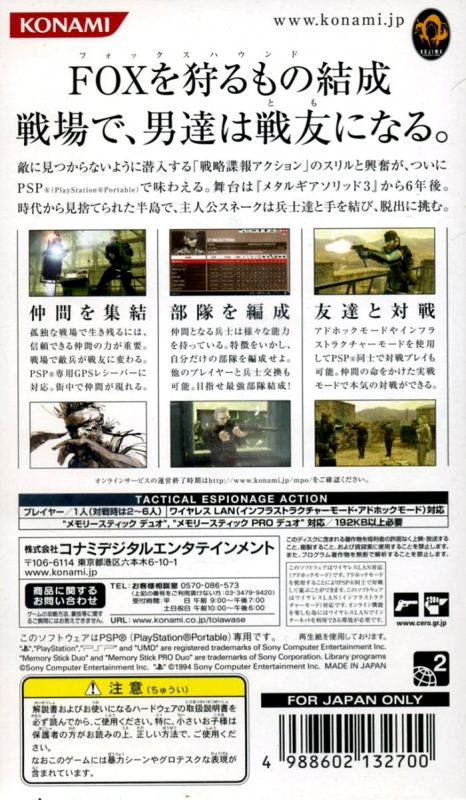 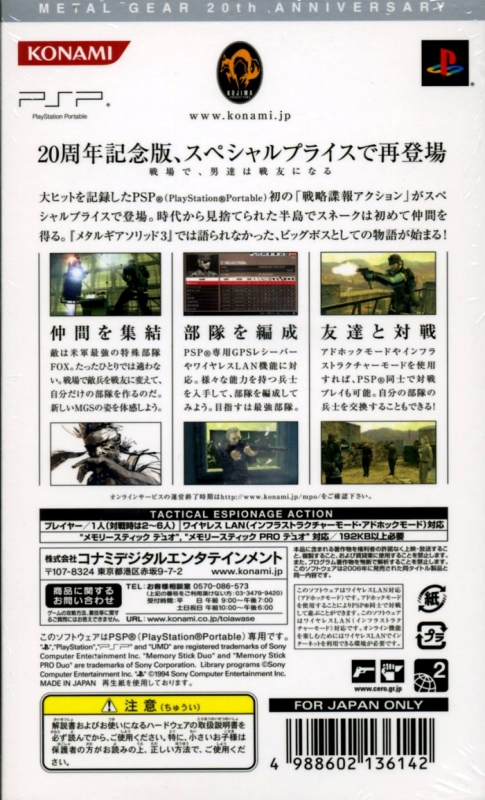 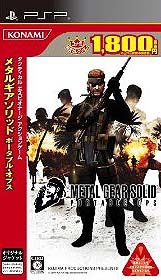 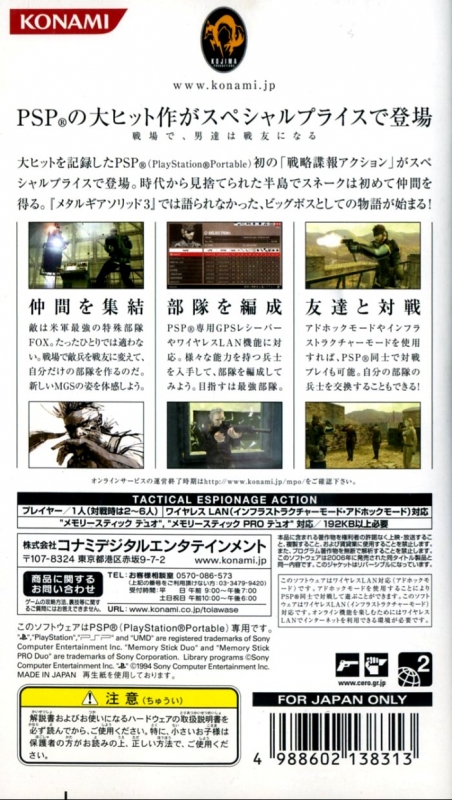 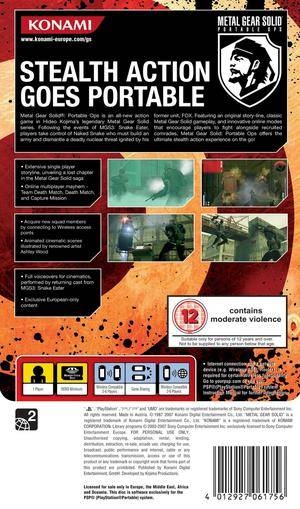 Snake has appeared on PSP twice already, thanks to the classy Metal Gear Acid series of card battling games, but Metal Gear Solid: Portable Ops is the first time the classic gameplay of the more established Metal Gear Solid series has been available on the format.