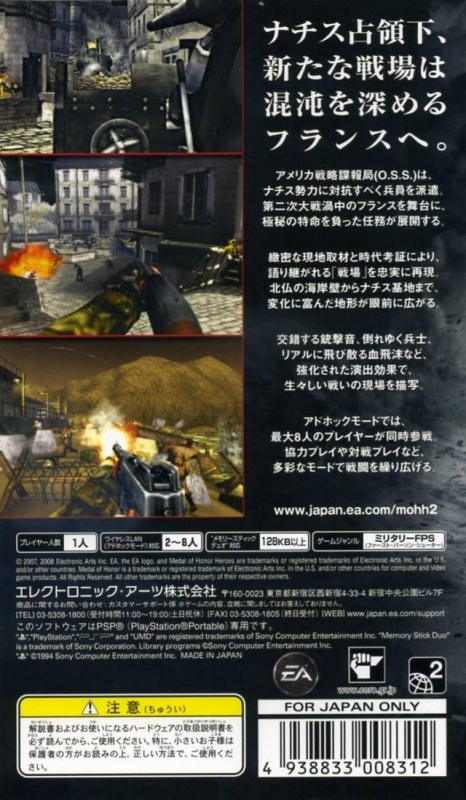 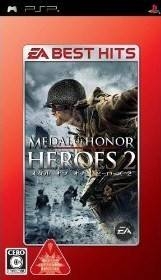 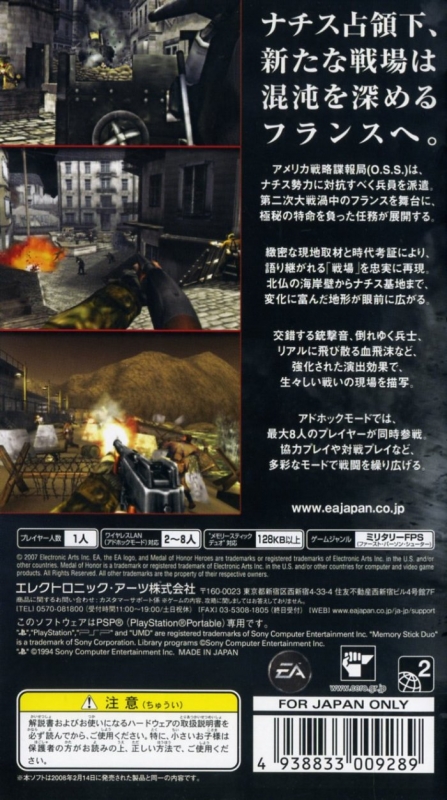 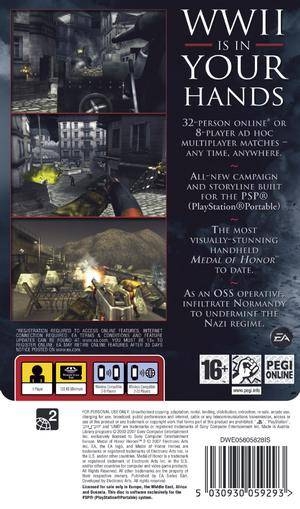 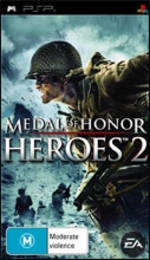 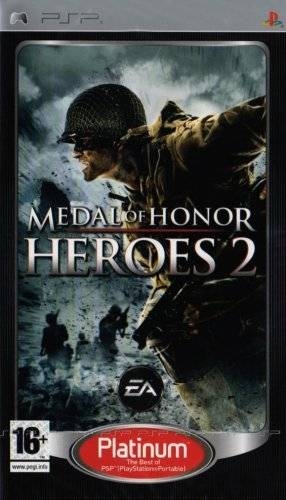 It’s June 6th, 1944, and the war is in your hands. Step into the boots of OSS Operative John Berg and infiltrate Normandy from behind enemy lines to undermine the Nazi regime. On both the Wii and PSP system, choose to tackle all-new missions in traditional single player campaign or engage in massive, 32-player online, continuous-joining multiplayer battles where you can jump into the battle at any time! The Wii version also features full support of the Wii Zapper (name not final), allowing for a more immersive WWII experience than ever.

In addition to a fully-fledged single player campaign, Medal of Honor Heroes 2 also features an all-new mode designed specifically for the Wii that simplifies gameplay for players of all skill levels for easy pick-up-and-play action. This mode plays like an old-school rail shooter — the Wii moves you around, while you do your part—taking enemies out and achieving objectives. For the PSP, Medal of Honor Heroes 2 will deliver the most comprehensive shooter experience to date on the PSP, with robust single player campaign and on-the-go 32-player multiplayer capability that allows you to battle it out, anytime and anywhere.