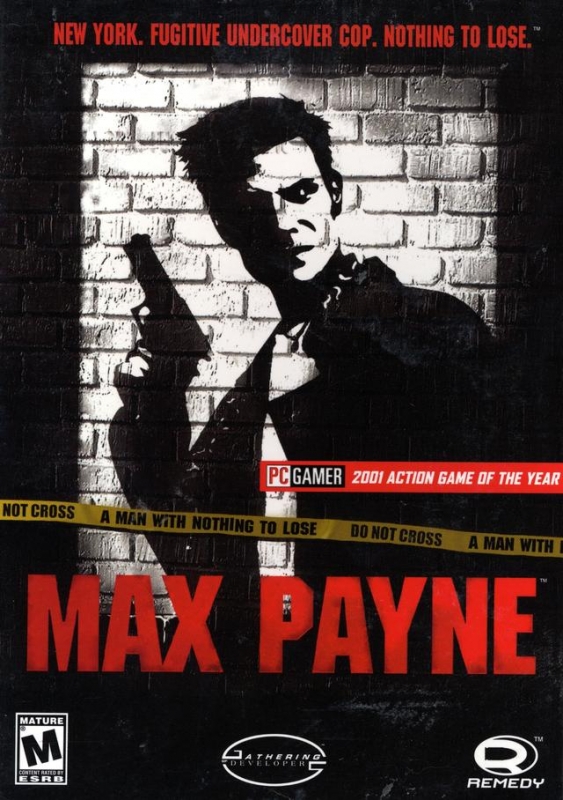 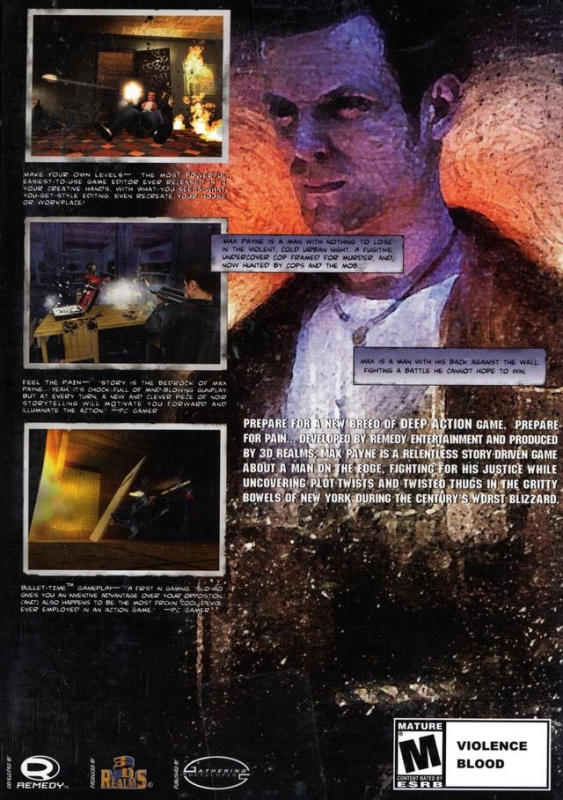 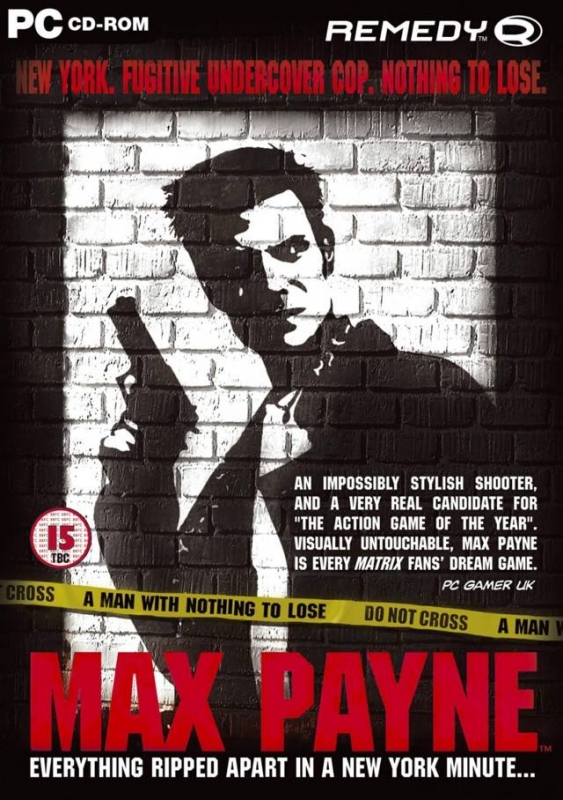 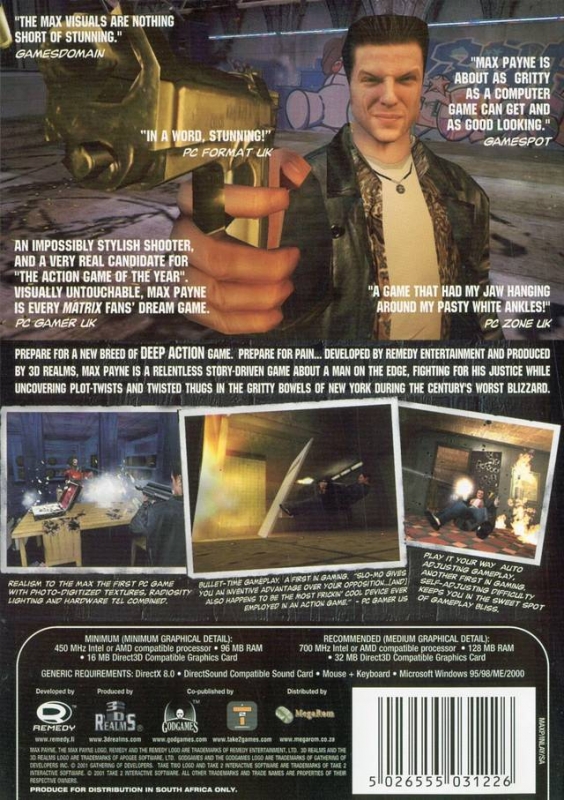 Max Payne is a man with nothing to lose in the violent, cold urban night. A fugitive undercover cop framed for murder, and now hunted by cops and the mob. Max is a man with his back against the wall, fighting a battle he cannot hope to win. Prepare for a new breed of deep action game. Prepare for pain...

Developed by Remedy Entertainment and produced by 3D Realms, Max Payne is a relentless story-driven game about a man on the edge, fighting for his justice while uncovering plot-twists and twisted thugs in the gritty bowels of New York during the century's worst blizzard.

Max Payne is an original third-person 3D game based on the MAX-FX engine, and uses photo-digitized textures and radiosity lighting, resulting in one of the most realistic looking games ever seen on the PC.