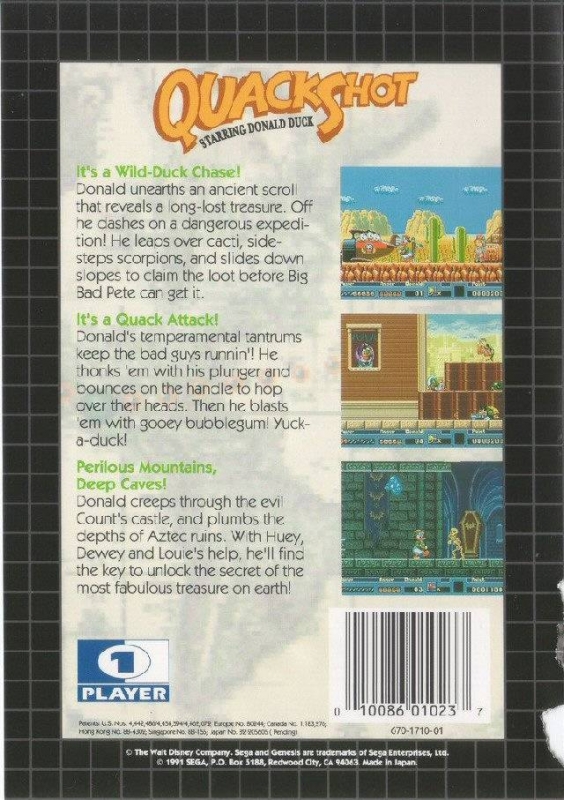 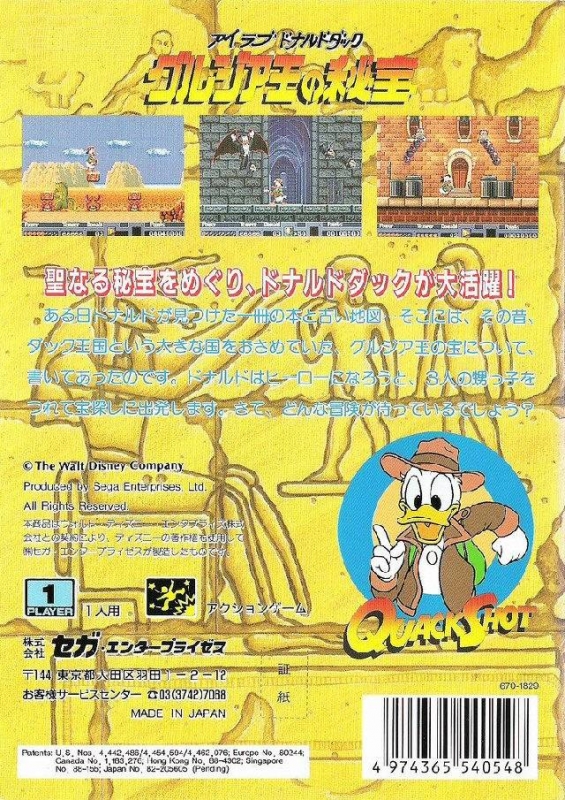 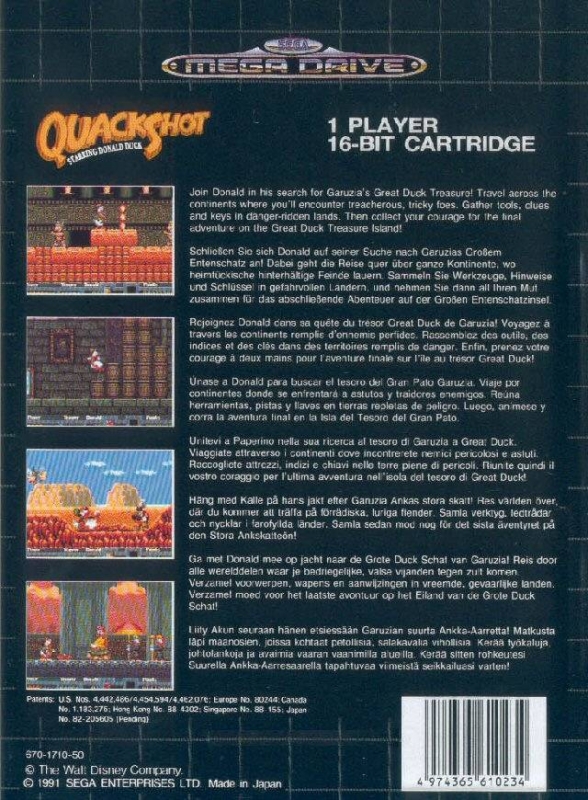 Donald unearths an ancient scroll that reveals a long-lost treasure. Off he dashes on a dangerous expedition! He leaps over cacti, sidesteps scorpions, and slides down slopes to claim the loot before Big Bad Pete can get it. Donald's temperamental tantrums keep the bad guys runnin'! He thonks 'em with his plunger and bounces on the handle to hop over their heads. Then he blasts 'em with gooey bubblegum! Yuck-a-duck! Donald creeps through the evil Count's castle, and plumbs the depths of Aztec ruins. With Huey, Dewey, and Louie's help, he'll find the key to unlock the secret of the most fabulous treasure on earth!