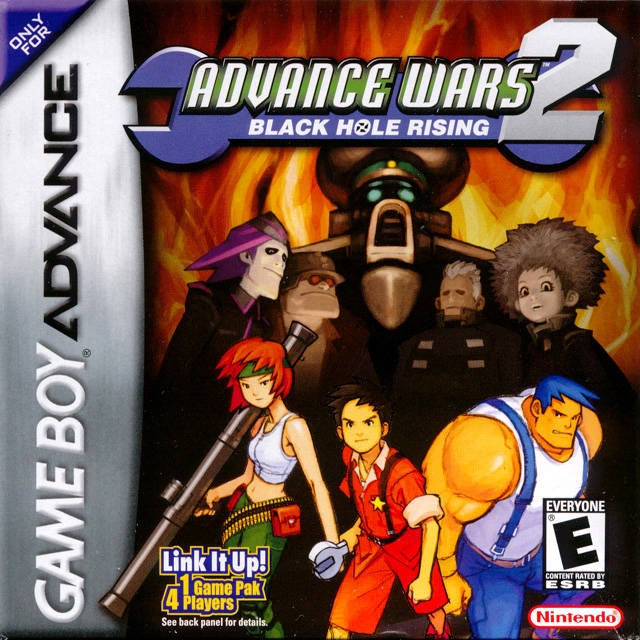 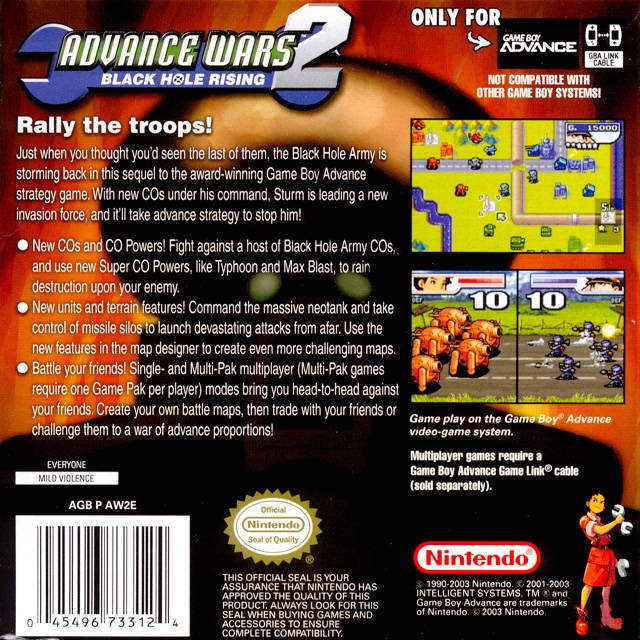 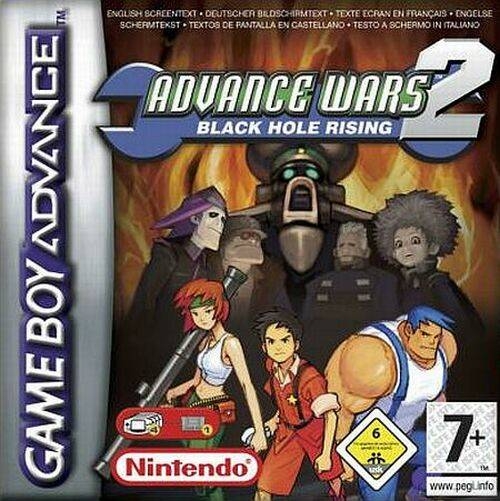 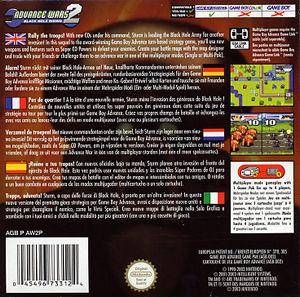 Advance Wars 2, the sequel to the AIAS 2001 Handheld Game of the Year, expands on the original title with even more strategic action and all-new features that take the game to the next level. Sturm, the leader of the Black Hole Army, has created a new base of operations, and now he's set his sights on Cosmo Land. It's up to you to unite the armies of Cosmo Land and work with your allies to drive off the otherworldly invaders. The turn-based strategy action of Advance Wars 2 will put your brain to the test in the ultimate battle of good versus evil!