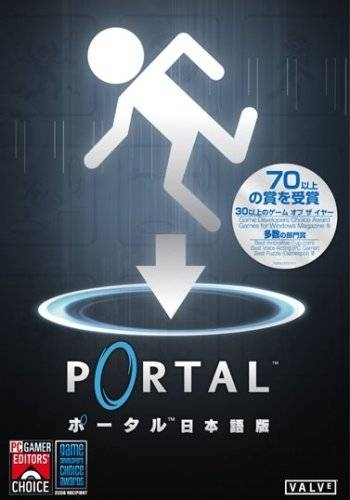 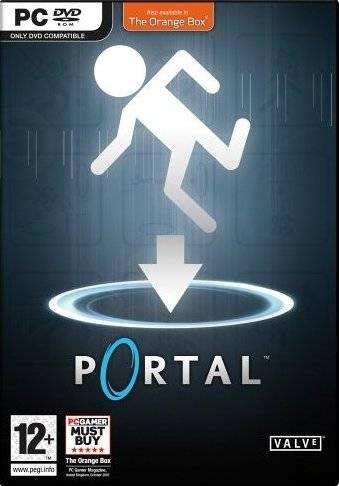 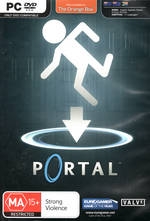 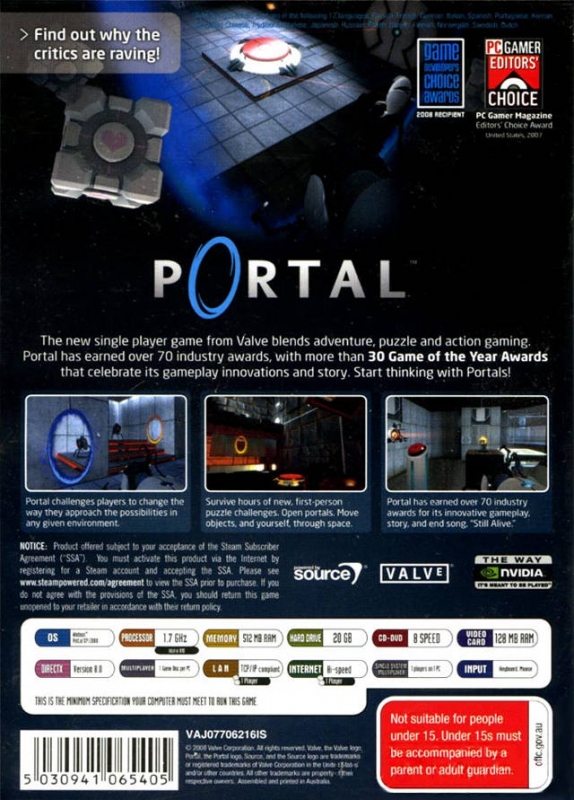 Portal consists of a series of puzzles which must be solved by teleporting the player's character and other simple objects using the Aperture Science Handheld Portal Device (better known as the "portal gun"). The goal of each puzzle is to reach an exit point. The "portal gun" and the unusual physics it creates are the emphasis of this game. Only two portal ends, one of each color, can be created at any time, and they create a visual and physical connection between two different locations in 3D space.

Portal is the spiritual successor to the game Narbacular Drop, a independent game released by students of the DigiPen Institute of Technology in 2005; the original Narbacular Drop team is now employed at Valve.