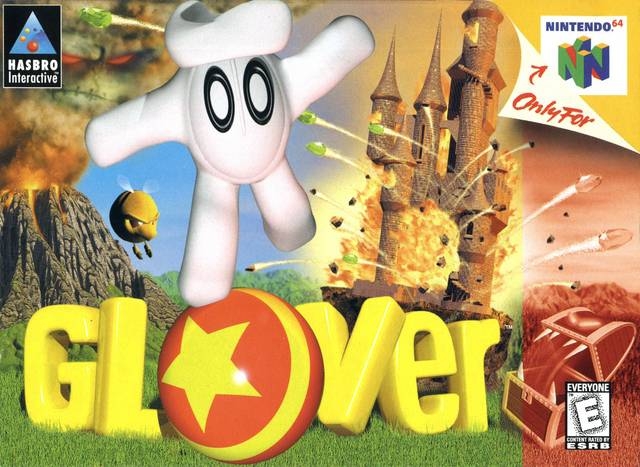 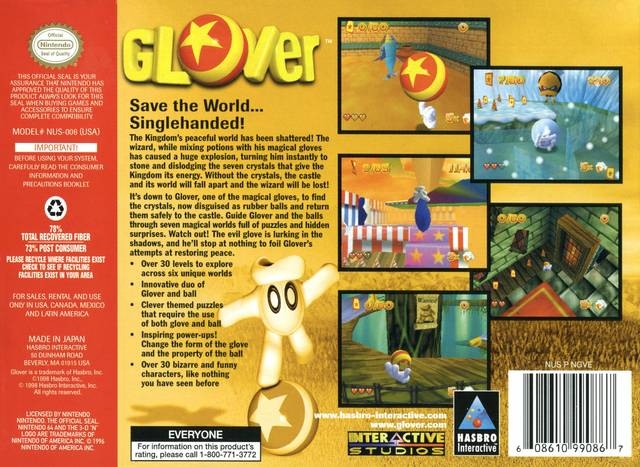 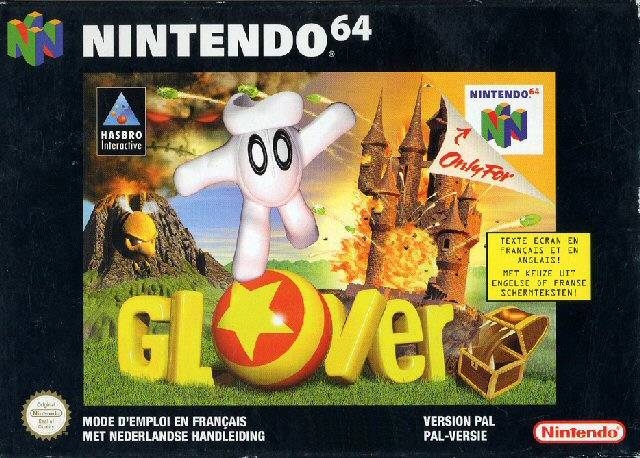 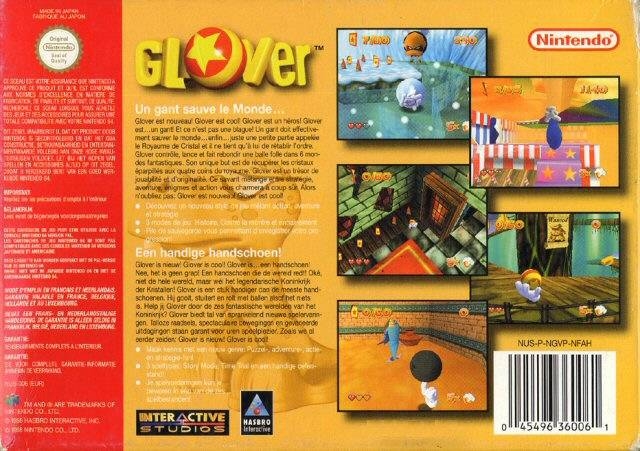 The game follows the story of Glover. After the glove's wearer, a wizard, has an experiment go wrong hich creates an explosion, throwing Glover out of the castle and turning the wizard to stone. The other glove lands in the wizard's cauldron. The explosion also causes the castle's seven magic crystals, delicately balanced on the tips of each of the castle's seven towers, to fall towards the ground. Glover must save the threatened magic crystals by using his magic powers to turn them into rubber balls. However, all but one of the balls end up being sealed in alternate worlds by evil magic. Without the crystals, the kingdom surrounding the castle becomes a desolate wasteland, haunted by the maniacal laughter of Cross-Stitch, the now-evil glove from the wizard's other hand.