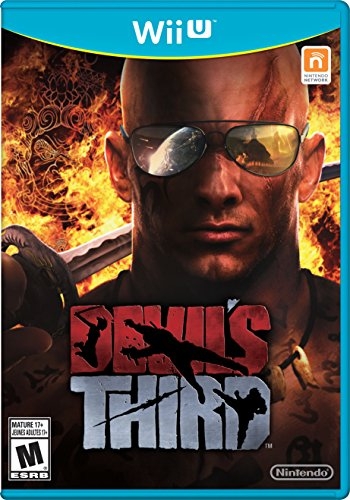 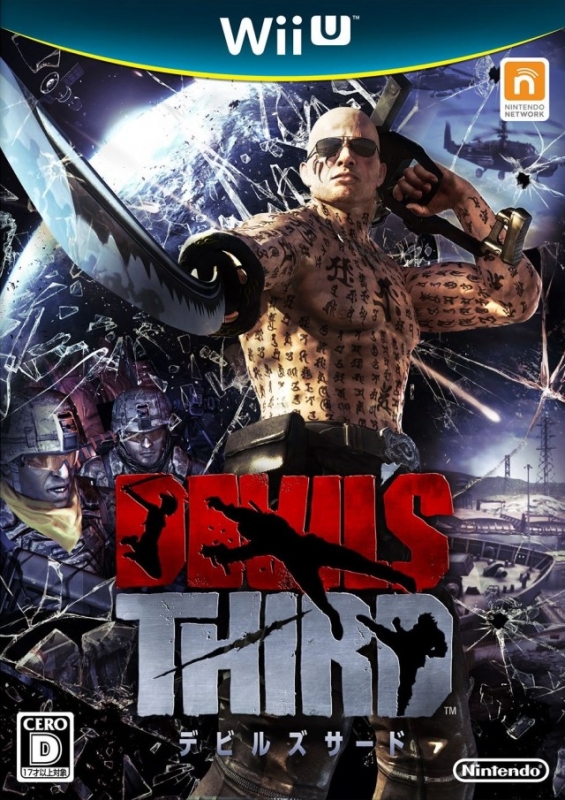 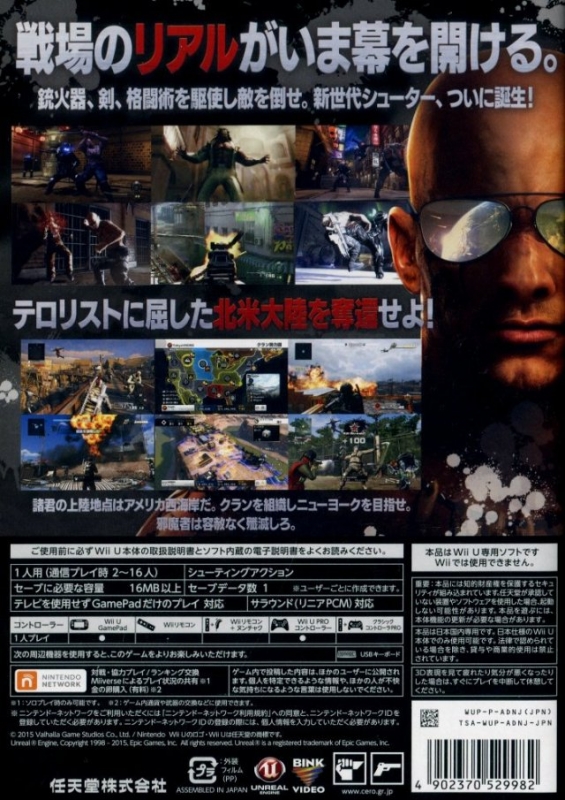 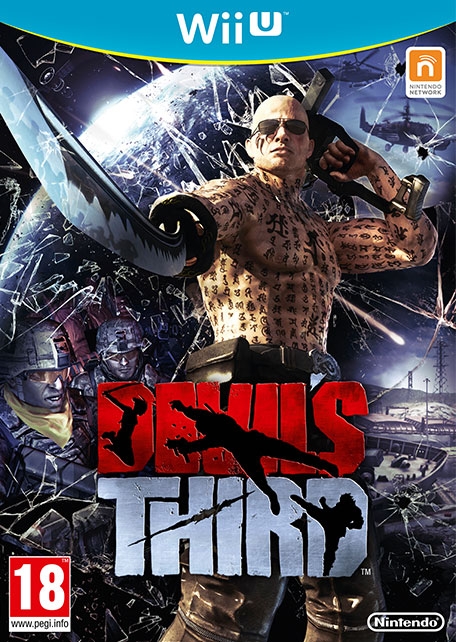 Devils Third is a 3rd person action shooters with many issues. It follows the story of Ivan and his past with the USSR. And there chase after the terrorist group SOD(very creative).

The single player in Devils Third is underwhelming to say the least. While it does have its good moments, and I truly do mean it has some really well designed levels that are fun to play. But the rest is just, bad. It starts with enemy placements. They have at times the perfect amount of enemies at one place at one time. Then right after that they stick 5 at the edge of the next corner that will blow you to pieces. Which reminds me, you will die, A LOT! There just such an imbalance of enemies.

The game does start out with really good enemy balanced. I actually semi enjoyed the first half of the game. Well level wise, we’ll get to those bosses later. The levels were decently designed and held my interest. It was nothing perfect, but it held its merit. But the last 1/2 of the game is where it gets a bit messy. Instead of giving you some more complex designs to the environments. They decided that the best route would be to absolutely stack room after room with tons of really difficult enemies. Which was very unbalanced and not fun.

One section you will face near the end had so many enemies and not enough ammo or time between enemies that I almost quit right there. So the enemy placement needs a lot of work. But, like I touched a bit on before, the single player levels needs a lot of work. All them just feel way to linear and way to narrow. You really never expand out into wide open areas or rooms. Just narrow pathway after narrow pathway.

Next are the bosses. They are all very cool characters and well designed. But my goodness the battles were more of a chore than an experience. Your gun does literally nothing to most of them, so it’s up to your sword skills to kill the bosses. And that brings up a huge issue with them. Every single boss has a one shot kill. Yes, a one shot kill. Which is beyond annoying and stupid. And trust me, they don’t use them lightly, you will get killed quite a bit by each boss because of their stupid one shot kills. I once started a boss, and the first thing she did to me, was the one shot kill…. I mean…. Really? And the game doesn’t even give you some type of warning its coming. The characters do not have some type of special yell or maybe special move to signal it, they just randomly do it. Horrible design.

One thing I can respect about the single player is that they tried to mix everything up. They tried to introduce some new ways of combat like driving a car, shooting from a plane, among others. The break from the normal combat did help keeping the gameplay a little bit fresh.

Mentioning combat, Devil’s Third tries to do a hybrid of shooting and hack and slash combat. While in many respects, the system does work decent together, but it is enjoyable. I say it decent since you are in no way going to be able to do a lot of the levels without your gun, if you run at enemies, they will kill you if there are several near. So it really is crucial to use your gun and only go in with your sword when there is 1 or 2 left.

The game is fully voiced acted and I overall thought it was rather good. Not bad, but nothing special. It got the job done. Devil's Third does have a great soundtrack that just gets better as you play. The online even has great tracks that perfectly fit the mode you are playing. But the main story-line in the game is beyond weak. It goes nowhere. They start on one thing, touch on it for a little bit and then out of nowhere, drop it and move onto something else. I somehow know this boss I’m fighting, but in no way do they tell you how. Something happened with my parents to make Ivan this way, but that was like 1 sentence in the story. That in no way explains the issue to you. Ivan starts the game in jail, but they never explain what he did. It never brought me in, I never felt like there was a cause for me to be doing every action I did. It was underwhelming and overall terribly planned out and written. But don’t worry; they didn’t forget to leave a cliff hanger ending.

For the frame rate and bugs. While I faced no bugs or issues that cause freezing or issue with in a level. The game does have big issue with frame rate. It is rough at times. I mean really rough. The one positive thing I can say is that a lot of the time, you will play at a rather stable frame rate. But it will drop really badly on some parts of levels and on the online.

While the single player is mediocre, the online is absolutely fantastic! I really did not see this coming. The online bases around clan warfare. To give the basics, is that you are given the choice to either join a clan or work as a mercenary. I would personally advice to take the mercenary route and then join a clan after you find the right one. Don’t just jump in right away.

A mercenary job is to join in with other clans siege matches for a payment. You need to develop relationships with clans so that they will tell you they are going into battle so you can do free entry into a match.

Before I get ahead of myself I should explain what a siege match is. A siege match is basically search and destroy with a twist. When you are in a clan, you can build bases across the zones map of North American. In the bases can be up to 3 zones. In these zones you will build your base. You make these zones stronger by adding in new building and barriers. The more you have the larger amount of defense it is credited for. When another clan wants to siege. They will choice a base in your clan to attack.

When they attack, you can have your clan member join the room along with mercenaries. Other clans can also join if they are your allies. If they are not, they can join as a mercenary. Now that an attack is launched and your room is filled. The attacking team has 2 options to try and win. They can either destroy your whole base. Or they can plant the bomb in your strong hold. If a base has around 30 defense, the best plan of attack would be to call in the air strikes and bring rocket launchers to go for the full destroy of the base. But if it has 70 defense, you’re not going to destroy it through air strikes and a bomb planting is necessary. When time runs out and the attack team has not either destroyed the base yet or had a bomb they planted blown up, the defending clan wins.

But if the attacking team does win, the defending team gets more chances depending if the base that was attacked has more than 1 zone in it. With the limit of 3 zones possible. Which leads back to your individual player needing to upgrade their bases as you go along to add buy new zones. That is basically the basis of clan warfare and trust me, it is intense and really fun. Having to defend your base camp is very stressful and gets your heart racing.

But that’s not the whole online. There are also the normal modes you would find in an online game and some unexpected ones. In total there are 10 regular online modes. Spanning from the normal team or individual deathmatch, to crazy things like chicken warfare and carnival. Chicken is where you go around the map collecting chickens and it’s basically match of keep away from the other players. Carnival is team based, going around the map and collecting 3 fruits from vendors. Taking that to the a collection bin that’s constantly moving around the map and throwing them in(which is a lot harder than it sounds).

It has those and all the other modes you would expect in an online game. Sadly though, it’s hard to find people in modes other than the 2 death match modes. Typically the other modes are filled when clans work together to get a match going. But trust me they are really good modes, all of them. there is also great selection of maps that are perfectly designed for 16 player games. They really are great maps, no camping positions, no cheap shot spots.

There is also a large assortment of weapons and gear to buy. All having different boost too them. The game has 2 different currencies. One being golden eggs and the other being Dollen. Everything other than weapons is bought with Golden eggs as far as player customization goes. Golden eggs are acquired when you level up, pay 100,000 Dollon for 10 eggs or through microtransactions. This game is in no way pay to win. One siege match win gives you around 1.5 million Dollon. You in no way have to spend real money to get golden eggs; it’s quite easy to get through in game money. One big thing about weapons is that there are several really OP weapons. Specifically the flame thrower (aka newb thrower), rocket launcher, and the fast shooting shotgun. They are very annoying and so many people abuse them.

Please note the online for this game has been deactivated, but this game was reviewed when it was active and will be review liked it still was since that is the fairest way to judge it.