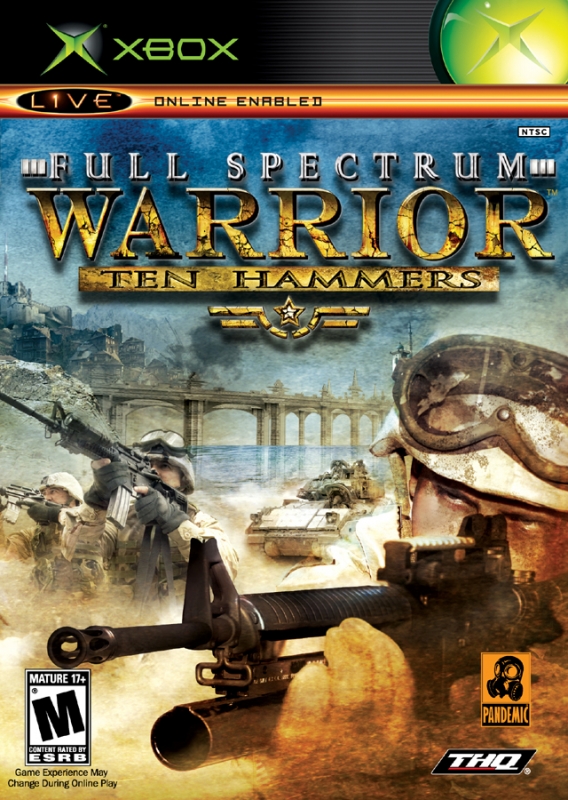 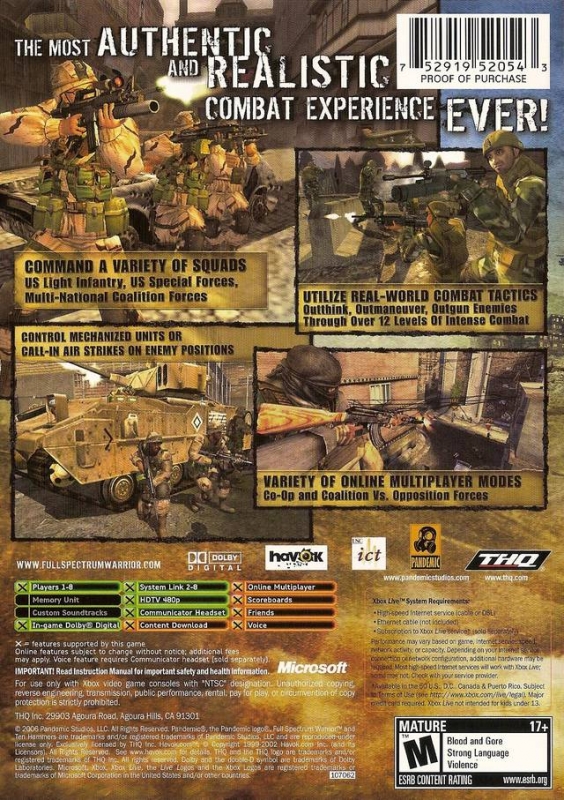 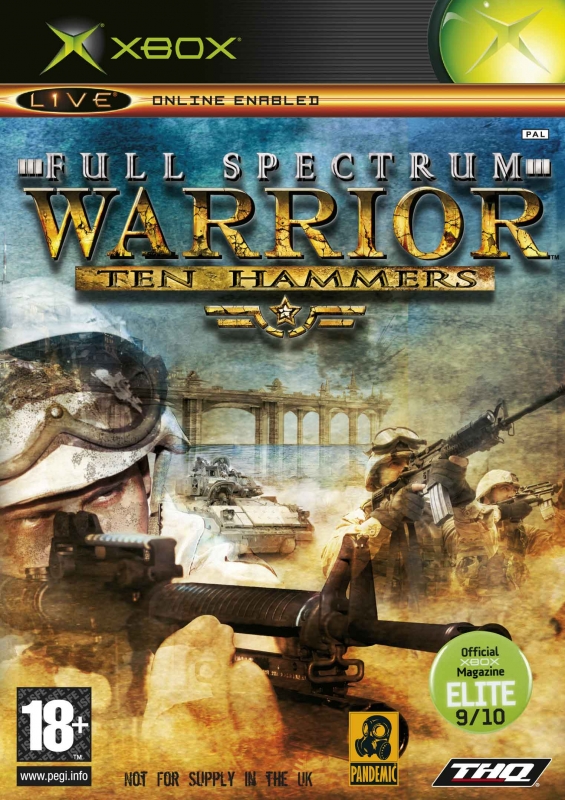 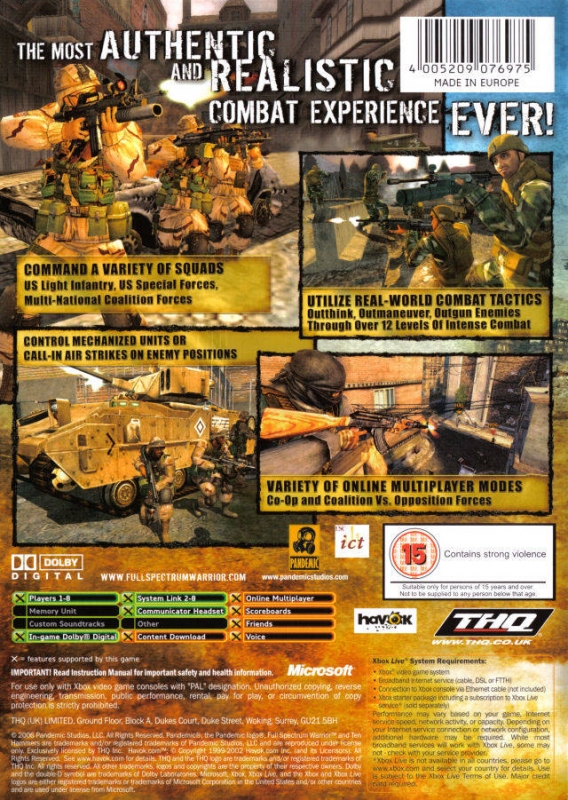 Sequel to the critically acclaimed squad-based/real-time tactical combat game, Full Spectrum Warrior: Ten Hammers takes the brand's innovative and authentic military gaming experience to the next level with new features in every aspect of the game. As squad leader, coordinate the actions of multiple infantry squads, leading them through a variety of hostile environments. An intuitive control scheme allows you to control your squads in real-time as you outthink, outmaneuver and outgun enemies through over 12 levels of intense combat. Utilize authentic combat tactics as you battle enemies with an explosive arsenal of weapons, high-tech military equipment and new controllable mechanized units. With an enhanced multiplayer mode, go online and battle friends through a variety of new adversarial and team-based objective missions.

* Intense Squad Based Combat - Battle enemies with an explosive arsenal of weapons and equipment - all based on real-world military weaponry including machine guns, grenade launchers and sniper rifles - or call in air-strikes from helicopter guns ships and mortar stations.

* Command Responsibility - The lives of your squad members lie in your every movement and decision. With the in-game replay video system, you can review your squad's movements and actions, learning from your mistakes.

* Online Multiplayer - Go Online for a variety of multiplayer modes including Co-Op and Adversarial. Go head-to-head with friends or team up for objective based missions