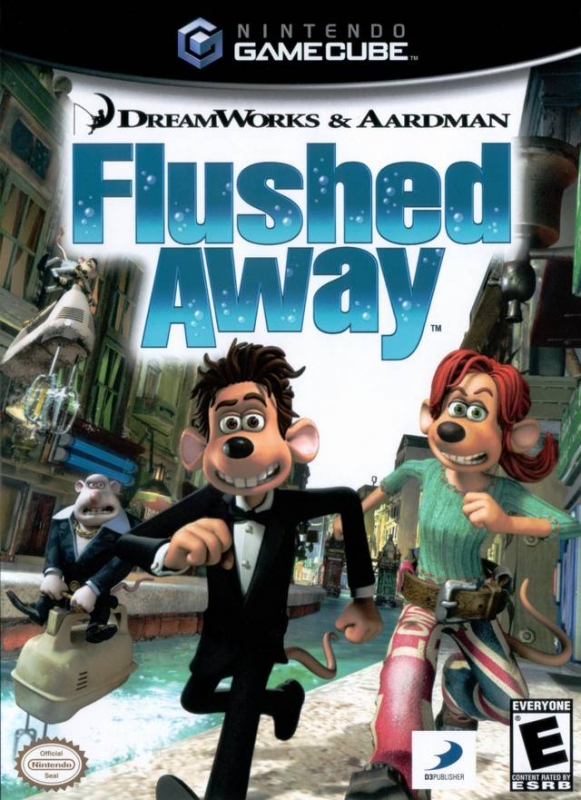 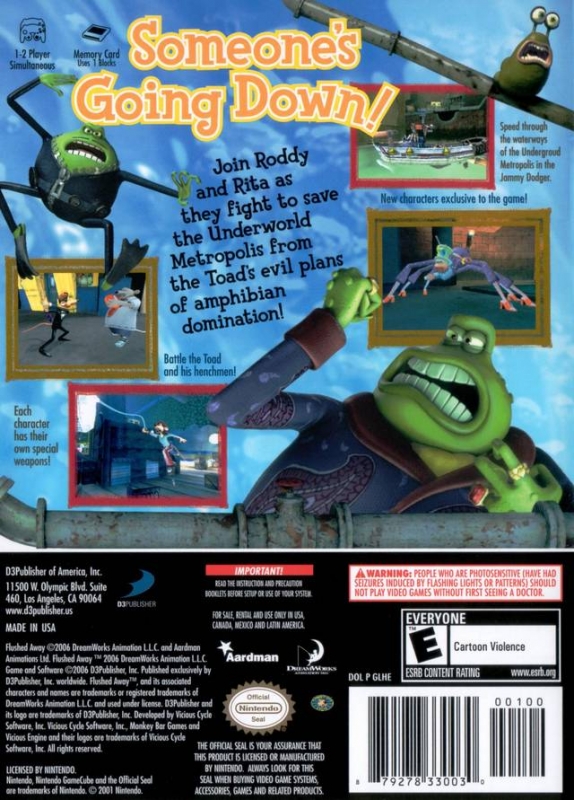 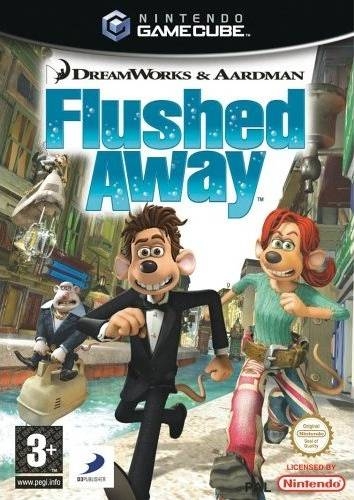 The only video game based on the film from DreamWorks Animation and Aardman, Flushed Away lets players relive the movie and beyond as they assume the roles of Roddy, Rita and take the wheel of the Jammy Dodger watercraft. Maneuver through a dangerous underground city filled with enemies, waterfalls and traps in a struggle against the villainous Toad and his evil plans. Comprised of more than 10 levels and 3 exciting mini-games, players will use a rat trap catapult, a dashing cocktail sword, pudding mix, and other items found in the sewer as they defeat enemies and dodge floating debris. Fun mini-games such as Rat Traps & Crayons, Pathfinder, and more extend the gameplay and offer players a chance to increase their health by collecting and salvaging rare treasures, boost their energy through power-up items and unlock exclusive content.