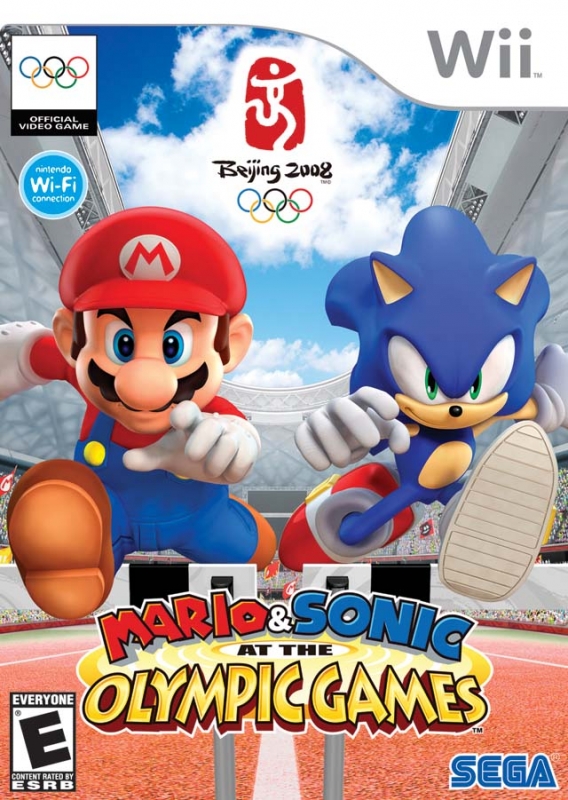 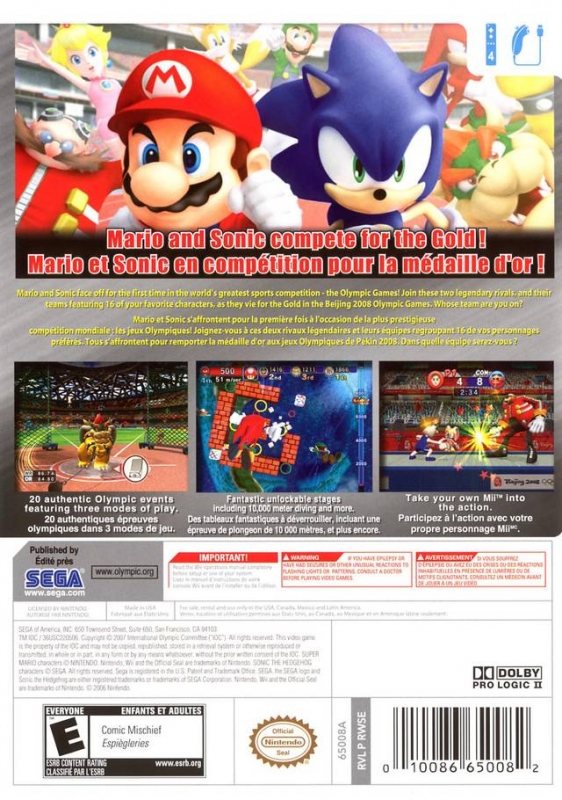 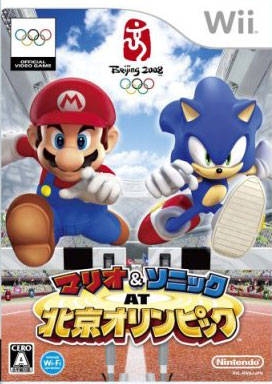 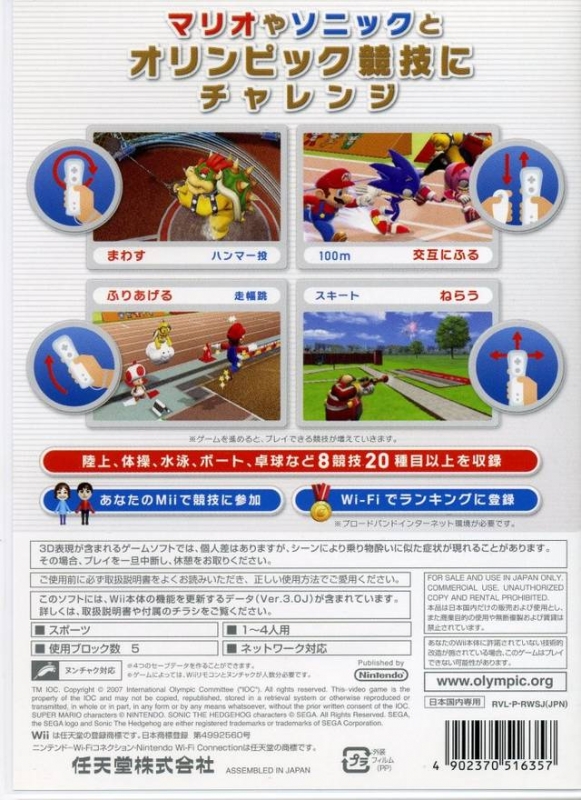 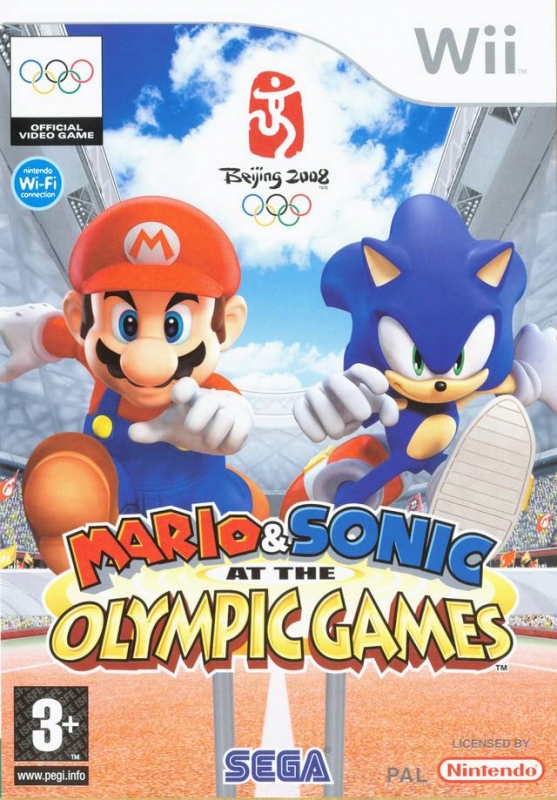 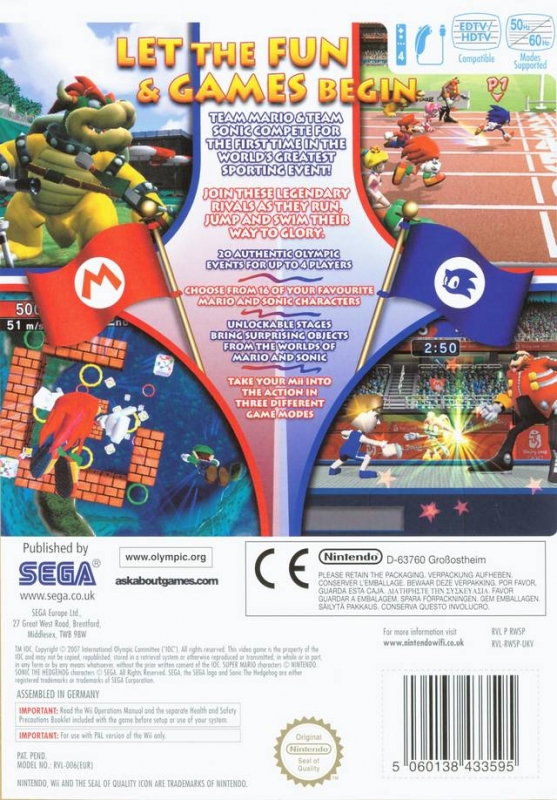 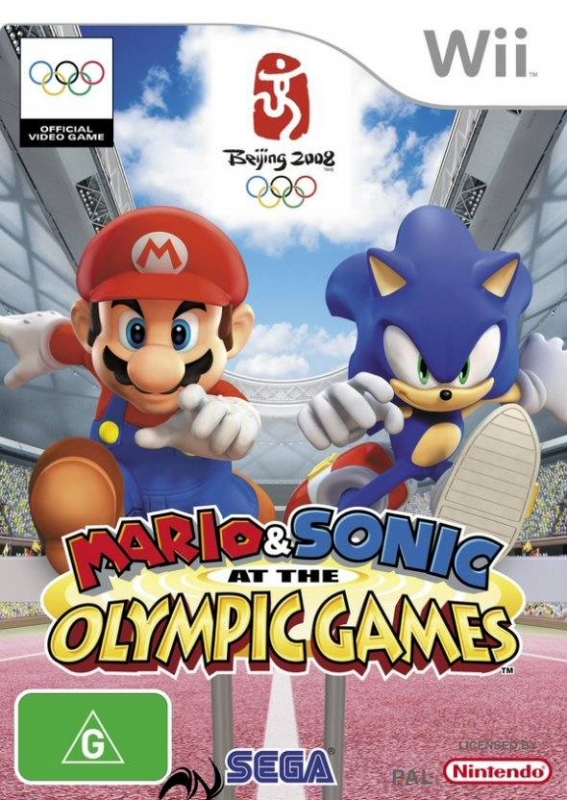 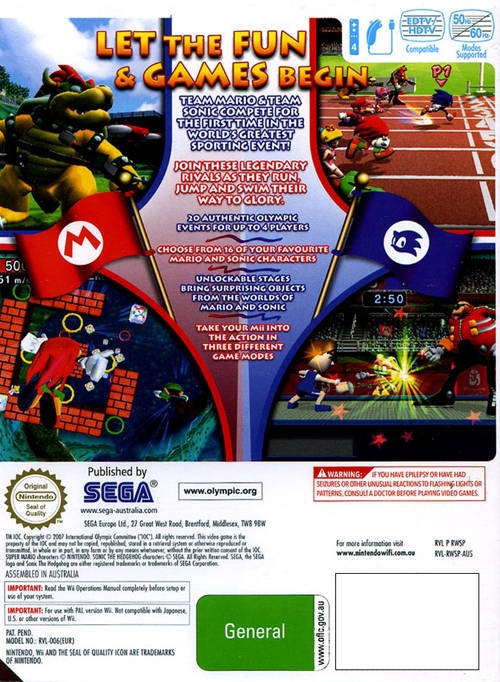 A questionable and fun game.

Presentation - 6.0
Gameplay - 8.0
Value - 9.0
It does not pass for what hardcore game players wanted for a Mario & Sonic crossover but for what is, it's near perfect. gh

The Video Game Crash of 1983 has scarred the gaming world. Maganvox, Coleco, and so many others are unfortunately put of business. ATARI is still around, but while they defined gaming with the 2600, it subsequently destroyed it as well. Would another company ever save gaming? Yes, there was. The NINTENDO FAMILY COMPUTER ENTERTAINMENT SYSTEM brought the gaming world back on track with consumers. It had a killer application. And that was Super Mario Brothers. It was September 15th, 1985 where the Mario Brothers would make their debut (technically appearing firstly in the game Donkey Kong, co-starring with Donkey Kong and appearing using the Mario brand for the first time in Mario Brothers in 1983. All were Arcade games).

Sonic was a strong character and SEGA truly went out with a bang in the console business. Consoles like the SEGA SATURN, SEGA DREAMCAST, and many more, are classics. SEGA decided to be software exclusive, and so, Sonic and Mario put their differences aside and become allies, much to the joy and dismay of many. Many overall wanted to see them collaborate in a crossover game. The most common suggestion was a platformer game. There was also a fighting game (which came to be in Super Smash Brothers Brawl). But an Olympics Game? 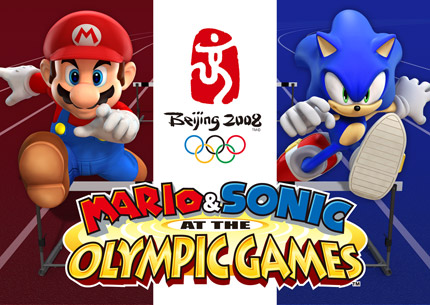 Turns out somebody thought it was a great idea to pit Mario & Sonic face to face in game using the theme of the Beijing Summer 2008 Olympic Games. Using two icons in a popular event made sense… but Mario & Sonic at the Summer Olympic Games is NOT what anybody should have wanted from a crossover. Overall, this is actually disappointing because a crossover game between Mario & Sonic SHOULD have been a platformer. Fortunately, this game is still pretty good.This game is simply a selection of events to play in. So, in truth, there isn’t exactly much to review other than discuss how good they are. There’s athletics, gymnastics, shooting, archery, rowing, aquatics, fencing, table tennis, and more. This is all actually pretty cool. Each event uses the WiiReMote and use that to perform unique controls in the game. The 100m Dash requires you to rapidly shake the remote and run off. Of course, Sonic and friends are the obvious winners in this (and the trailer of Mario & Sonic running together as if they were evenly matched was just… unnecessary) and this a lot of fun. The swimming is very similar and it’s a lot of fun as well. The long jumps are fun as well. The trampoline is very intuitive. The shooting, the rowing, everything is fun for this game. The unlockable Dream Events are definitely the best of it and make this more worthwhile. The single problem of the gameplay are the controls. Sure, it can get confusing at times. Also, the table tennis game, while definitely some of the game’s best, has some controls that aren’t always responsive. The fencing is really cool, but it has the same unresponsive problems. But it’s all still fun. Especially in the multiplayer.

The sound lacks. The voice acting is fine. The music is good but generic. It’s cool and matching, but there should be more music from the Mario & Sonic Universes. This game just needs more references to those Universes. The areas need more originality; why couldn’t there be areas from the Mario & Sonic Universes instead of generic olympic areas. There still are notable references to those Universes, with many characters and cameos from them appearing. Also, the graphics are great, especially for the character models. As expected, this game is something you play when you want a good exercise. Of course, more hardcore games are always better. For an Olympics Games, Mario & Sonic is almost perfect. It as an idea is questionable, but it’s full of fun. If you want a decent multiplayer games, this should be it.