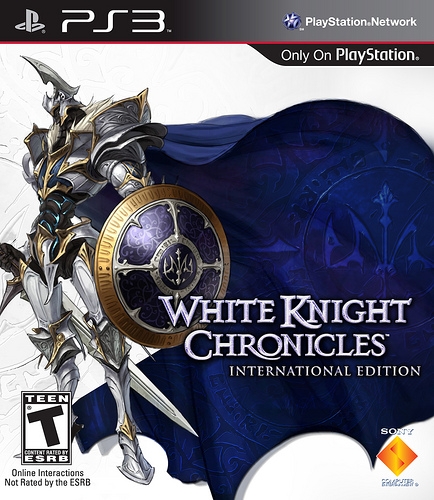 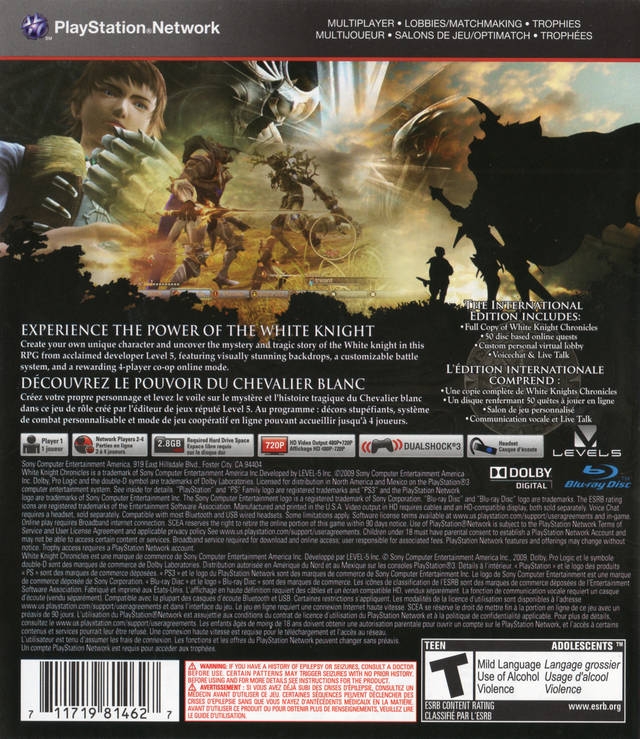 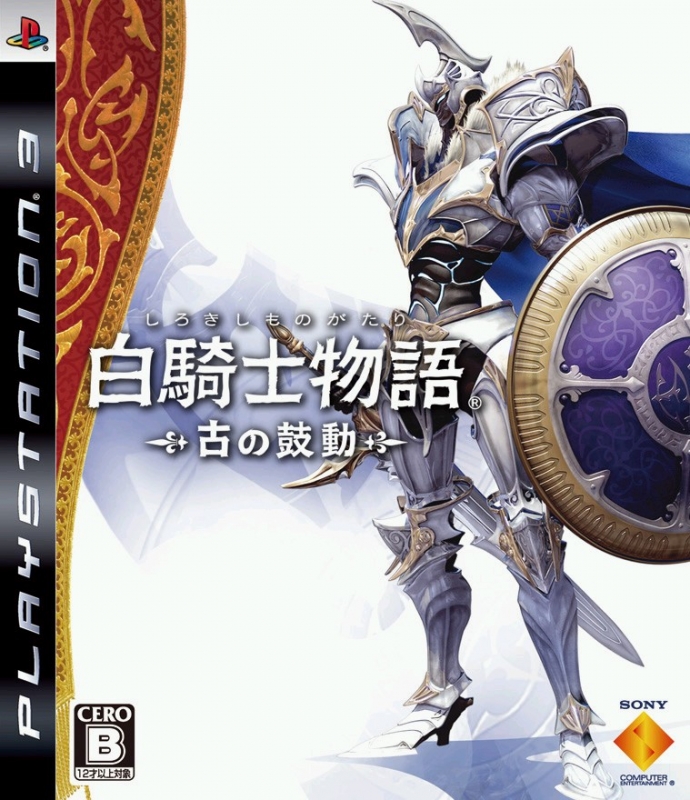 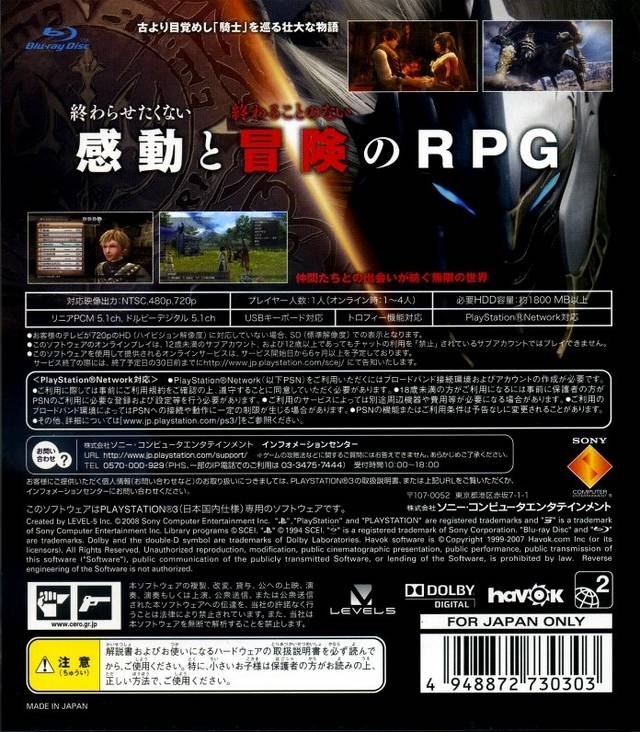 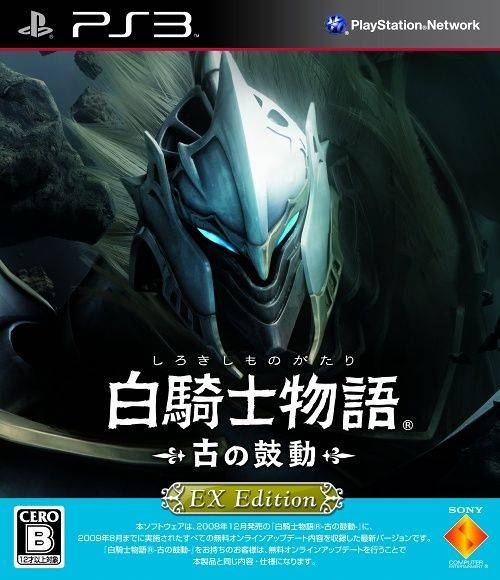 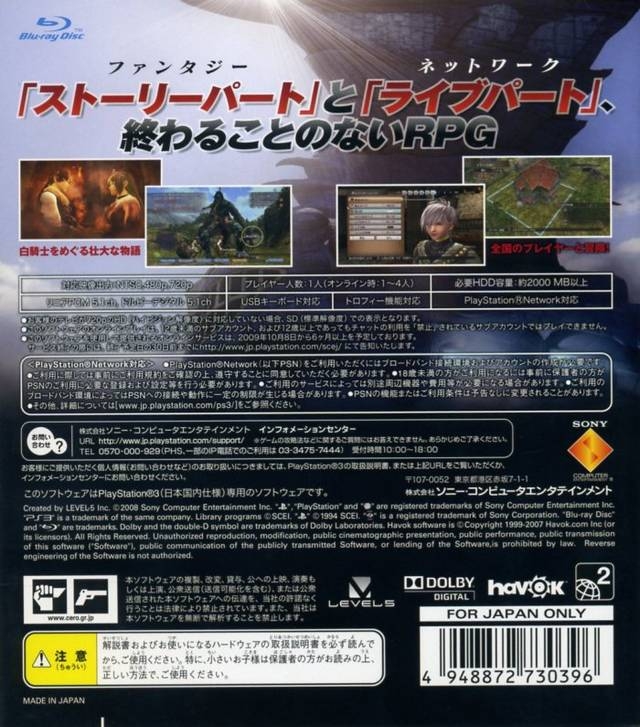 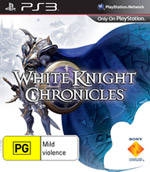 "A band of friends with giant robots and not a single mono-color outfit in sight. "

White Knight Chronicles is an epic fantasy tale about two kingdoms in midst of a longstanding war. The King of Balandor, wishing to put an end to the war, invites the duke of Faria to his castle to celebrate his daughter's coming of age. But this celebration is sabotaged by the Magi, a rogue sect seeking to steal the White Knight, an ancient weapon of war sealed beneath Balandor castle, in order to take over the world. During the ensuing chaos, a young man named Leonard accidentally unlocks the power of the White Knight as he attempts to save the princess. With the kingdoms in chaos and the princess in peril, Leonard is entrusted with the mission to find the Magi and rescue the princess.

The critically acclaimed development group at Level-5 once again delivers an unparalleled role-playing game experience with the introduction of White Knight Chronicles. Players will be able to custom create their own avatar and enter in a deep single player campaign or join a real-time online multiplayer quest with up to four others. In addition to the compelling storyline, gamers will have access to dozens of online quests, and can create custom weapons and items.