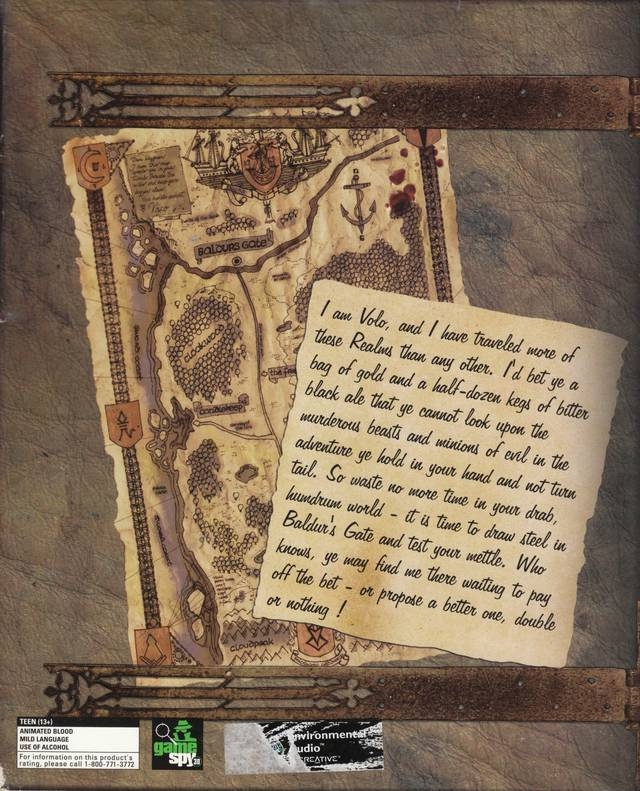 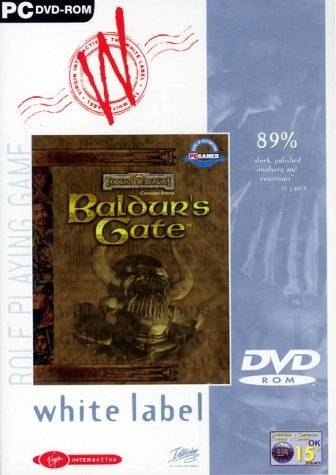 The story takes place in TSR's® best-selling FORGOTTEN REALMS®. The western shore along the Sea of Swords contains a multitude of ecologies and terrains including mountains, forests, swamps, marshes, plains, cities, and ruins. Collectively called the Sword Coast, it attracts adventurers and evil alike, and is the backdrop for this epic adventure.

The region encompassed by this game is roughly bordered to the South by the Cloud Peaks, the East by the Wood of Sharp Teeth, the West by the Sea of Swords, and the North by Baldur's Gate (the largest and most affluent city in the region).

Chaos threatens to overwhelm the Sword Coast. The state of Amn is under siege to the south, the High Moor is being overrun in the north, and the region around Baldur's Gate is in turmoil. In an area known for its ample resources, a crippling shortage is slowly developing for the metal that is used throughout the Realms for everything from swords to forks - iron. When iron ore reaching the region is smelted, the resulting wares are plagued with brittleness such that they crack and break with little more than normal use. What's worse, trading caravans coming from all directions into Baldur's Gate are under constant attack from bandits and cutthroats who loot not for gold and gems (although they often take those too...), but for iron. The armed factions in Baldur's Gate can scarcely keep themselves armed and the commoners are suffering all the more. Without iron they cannot mend their tools or purchase plows - and everyone knows that if they cannot farm or craft, they will starve come winter.

Some blame Amn for the chaos, others the trading cartels, and still others suspect even the Dukes of Baldur's Gate. Yet, this contagion may be an early omen of some greater evil...

The player starts the game with one character. This character can be generated using any of the races, classes, and alignments allowed by ADVANCED DUNGEONS AND DRAGONS®. Up to five other adventurers may join the central character as the epic quest proceeds. The player begins in the glorious castle of Candlekeep, an orphan seeking self-knowledge.

Although once a stolid coastal fortress, Candlekeep is now a great library filled with endless dusty tomes and crusty sages. The player is led out of the keep by a mentor into the wilds of the Sword Coast, and the adventure begins..


- From the official site