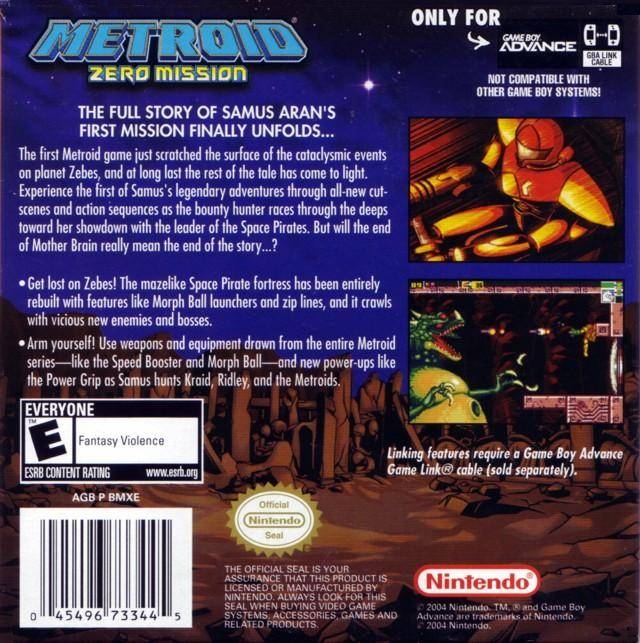 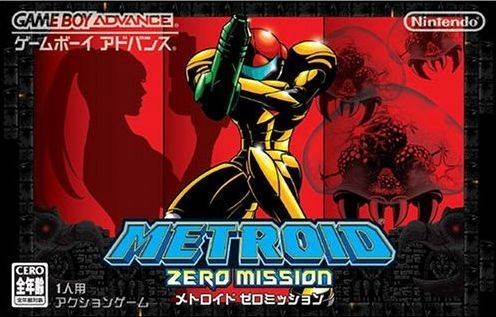 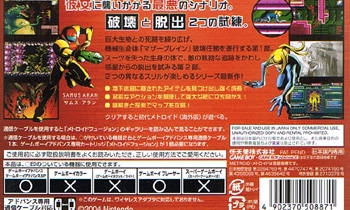 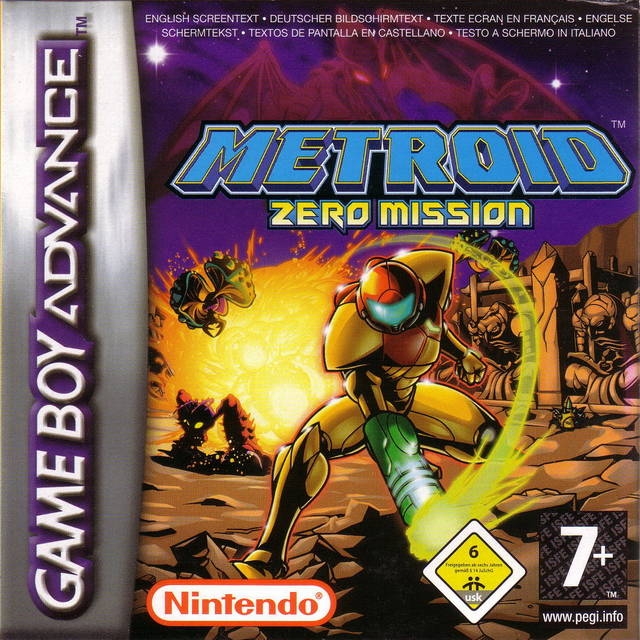 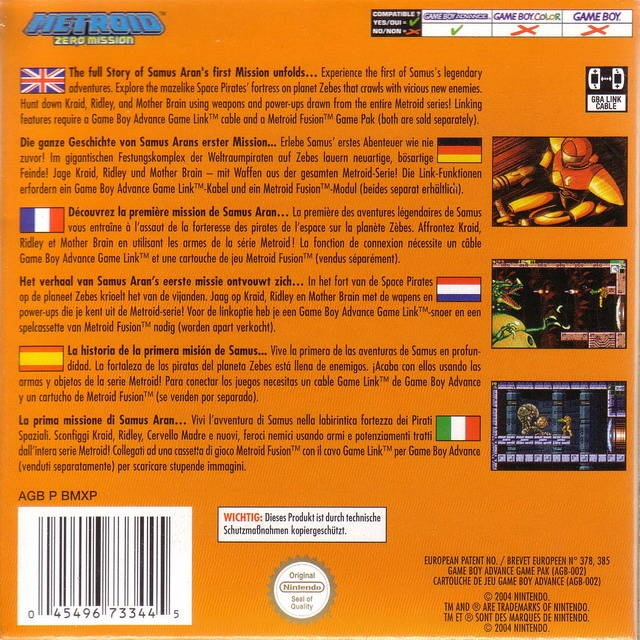 She's battled baddies on nearly every Nintendo system, cleaned house in the Super Smash Bros. series, and recently blasted off for heroic adventures on the GameCube (Metroid Prime) and the Game Boy Advance (Metroid Fusion). Now, Samus Aran returns to her roots and relives the story that started it all--revealing for the first time full details of her meeting with the Metroids. The plotline will be familiar to longtime fans of the Metroid series, but the challenges are new, the power-ups are plentiful (taken from several games in the series), and the graphics and sound are supercharged. Plus, if you thought that the original Metroid had a surprise ending, wait until you get past the Mother Brain in Metroid: Zero Mission. A new twist provides a deeper adventure than ever before.

Sent to Zebes to investigate rumors of a deadly alien species, Samus meets her match in the form of the mysterious Metroids--energy-sapping creatures that emerge from an oversized cerebrum beneath the planet's surface. Samus isn't the only traveler searching for the Metroids. A band of space pirates has touched down to extract the curious creatures and use them as weapons. Samus must thwart the pirates, but they are wily and will prove to be more trouble than Samus expects.

In the long-standing Metroid tradition, Zero Mission is a scavenger hunt for dozens of items--missiles, energy tanks, and tools--that give you the ability to explore wider and deeper. Every time you uncover a device, you'll remember former dead ends that you can finally overcome. The endless chain of breakthroughs and discoveries causes the world to continue to grow and form.

The Metroids are only one of the many menacing species that lurk below the surface. The Zebesian underground overflows with creatures that aim to keep you from invading their turf. Metroid classics Kraid and Ridley hold fort in dark corners, towering over the comparatively small bounty hunter. The planet holds plenty of new threats, too, such as the lava-dwelling serpent that acts as the first line of defense in Kraid's lair and the armored larvae that lurk in the deepest sections of Norfair. The Space Pirates are no pushovers either, and you won't always have the Power Suit to protect you.

Samus Aran's next adventure is a nonstop action masterpiece that puts a new light on the heroine's first visit to Zebes. It recalls the past and moves into the future with one giant leap. Start your thumb exercises--you'll need to be strong to survive this fast and free-flowing adventure.