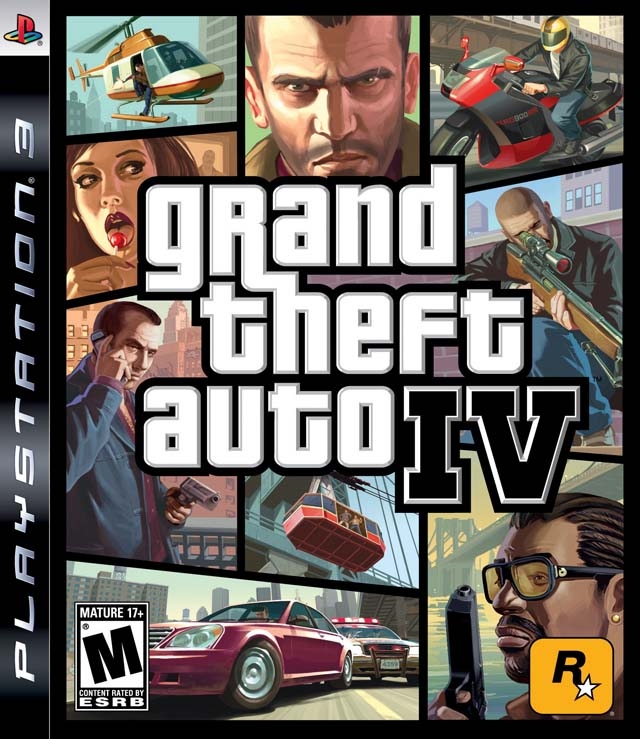 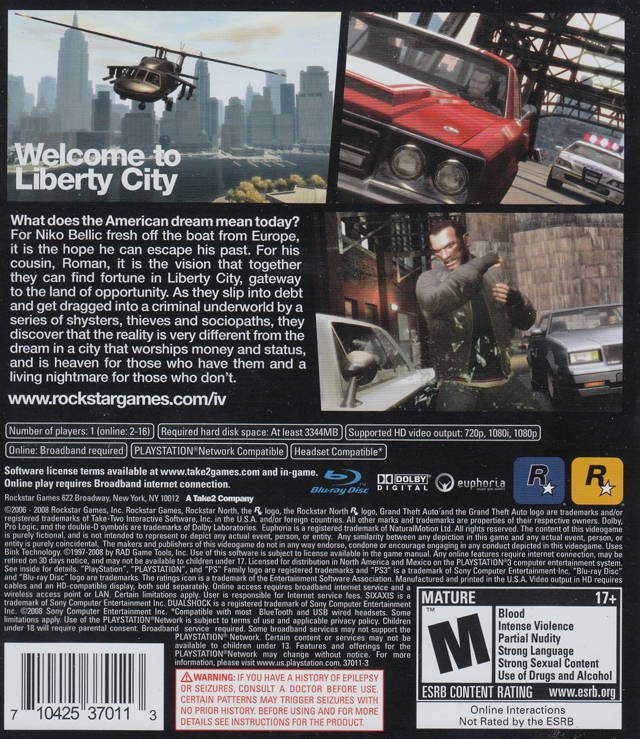 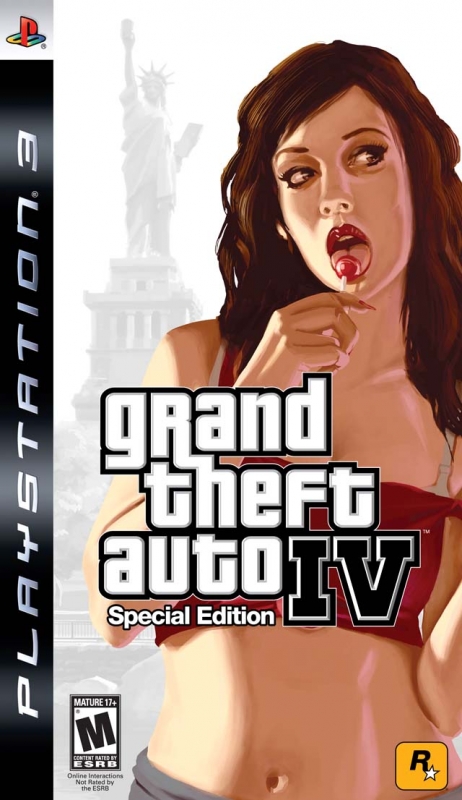 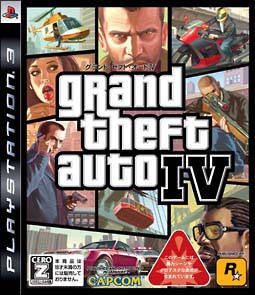 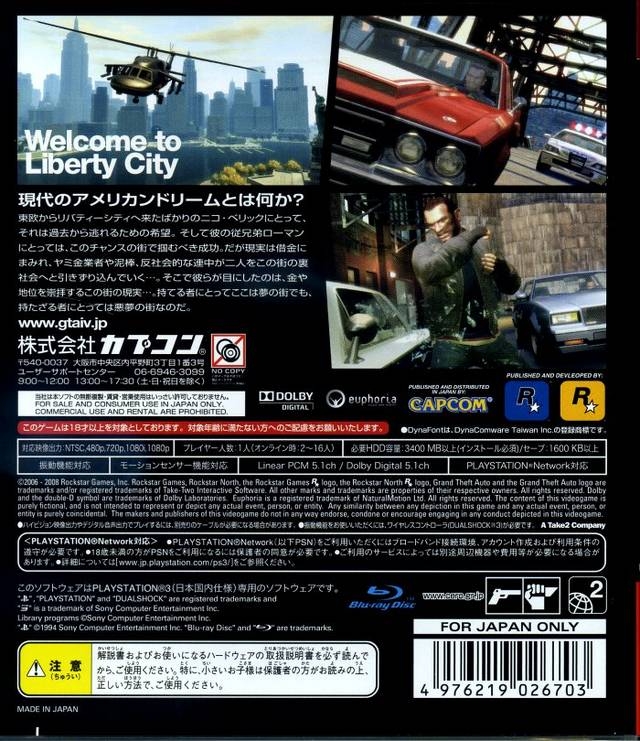 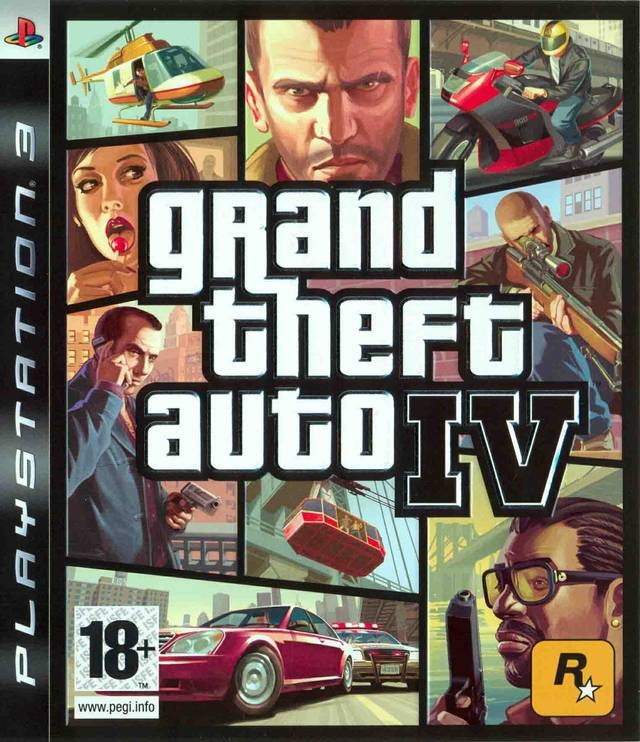 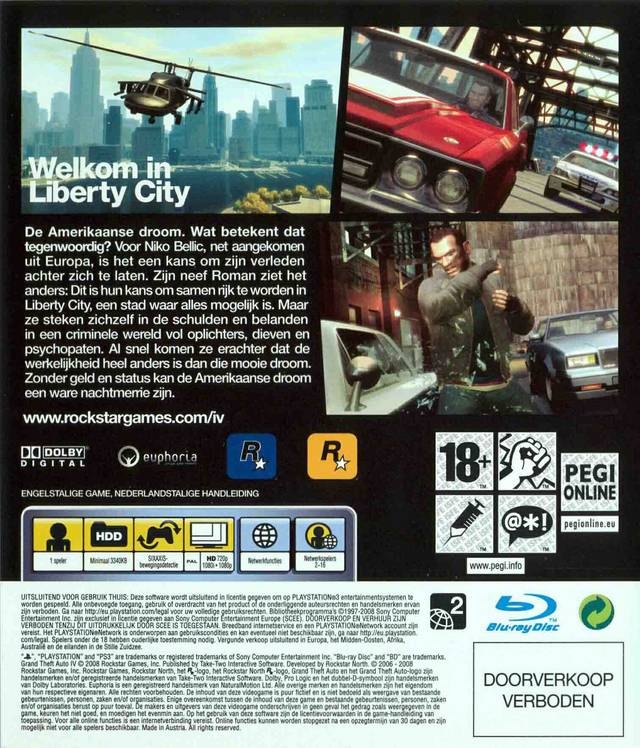 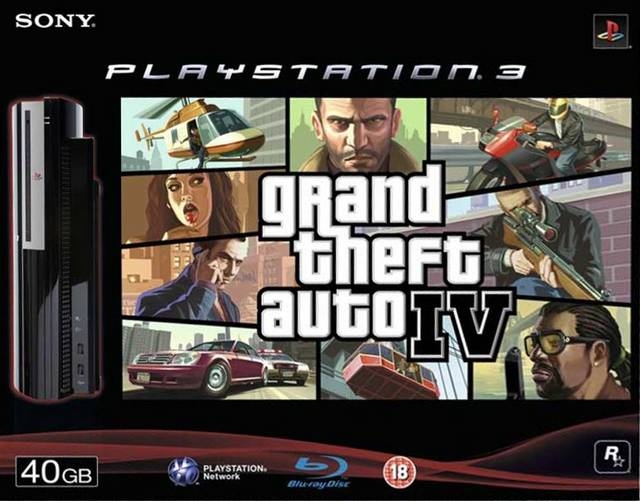 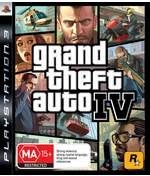 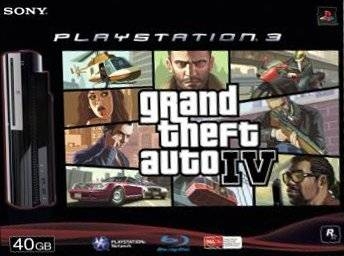 Presentation - 8.2
Gameplay - 7.1
Value - 9.5
Rockstar North's HD debut of the game was a massive critical and commercial success. However, it has received mixed impressions by gamers worldwide after the much loved GTA : San Andreas.

San Andreas. A vast fictional state created by Rockstar last gen was the most mindless fun I had with a Grand Theft Auto game. Jet packs, Tanks, Planes, Jets , Flamethrowers, Hover crafts and use of slang for every other word in the dialouge. That was awesome. Due to the sheer awesomeness of the game, GTA IV was extremely hyped up and this was multiplied by the continuous earnings of 10s by most major review sites and magazines.

Would the game deliver ? The simple answer is yes and no.

GTA IV really lacks content. Most of the stuff which was present in San Andreas was missing.  In addition to the stuff I mentioned above (except slang words), tattoos, haircuts, ambulance/firetruck missions, RPG elements (stamina, muscle, fat), Swords, presents, gangs, burglary missions, racing car tracks were missing. Where are they Rock* ?

Other than the complete absence of some things mentioned above, certain things became less relevant. For example, CJ would get hungry in SA and the player would have to go get some food to stop the reduction of the health bar. In IV food was only about getting health back up when low. 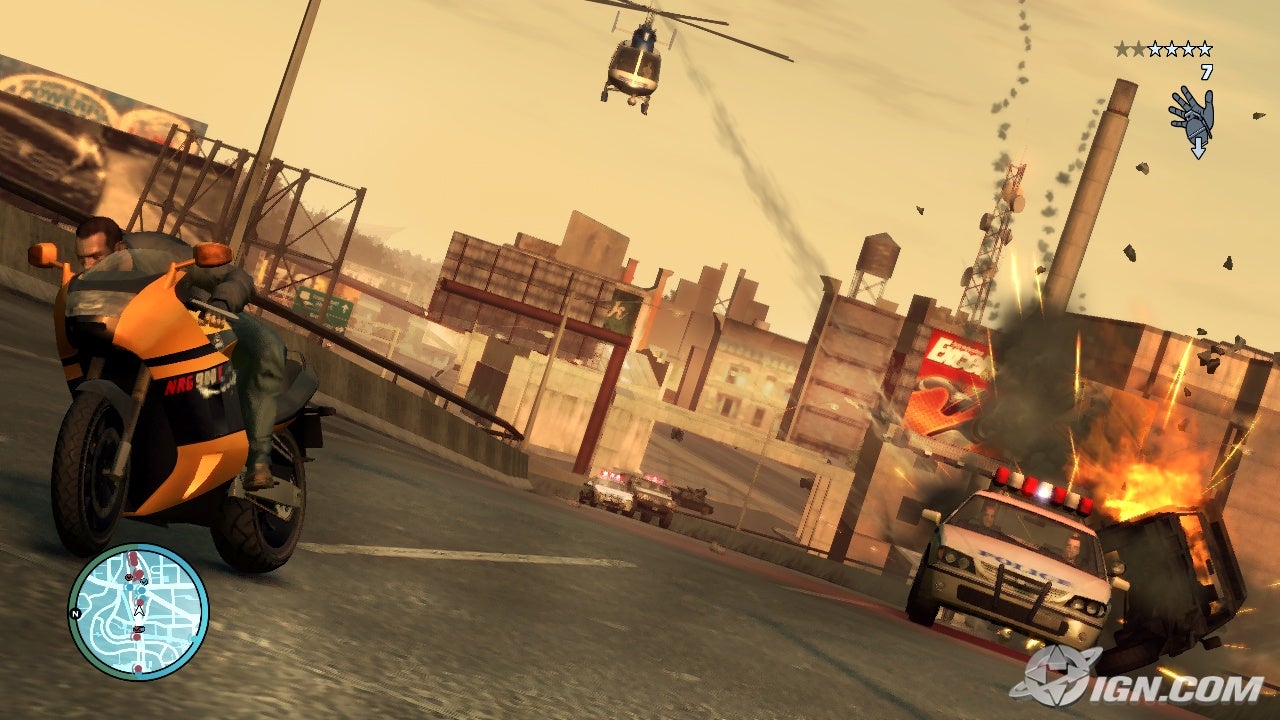 The things that GTA IV adds to the formula is the frequent use of the cell phone which is used to set up missions, during missions, going out with friends, dating, delivering cars ordered via text messeges, restarting failed missions and so on. The most noticeable addition is the cover system which helps to reduce the difficulty of combat. Its a nice addition that makes the game look less crazy. But is less crazy a good thing in GTA ? The shooting feels and sounds good. Specially the rocket launcher (euphoria physics engine FTW ! ). Another minor addition is street vendors who sell you food. Ability to take a ride on the Taxis (skipping to locations helps you get somewhere quickly if you are too bored to drive) and trains is not mind blowing or anything.

There are a lot of mini-games and activities in GTA IV - pool, darts, bowling, QUB3D, going to the strip club, drinking, eating. Most of them are extremely boring, but I kind of like pool and bowling. Drunk driving is a nice way to get a head ache.

Gameplay is pretty good, but gets repetetive and boring real quick. Its basically drive someone to someplace, get one kill some guys, chase a guy trying to escape, go back. Epic missions with different varities as the ones in SA are absent. The only real SA like feel I got in the game was during the bank robery mission, and running from the feds after they surround a place where Nico and co are hiding some drugs. Some "fun to use" weapons are missing though.

The story is typical GTA bullshit. Main character  wants avenge his losses and goes on a killing spree while making some friends and making new enemies. However, one thing that was different is, there is a closer connection with Nico and  the player than with Tommy Vercetti, CJ or the guy in GTA 3.

The only 2 things good about the graphics are the character models and the water effects (not the general appearance which looks like sand, but rather how it spurts up when you crash a helicopter on it, or throw a grenade). There are major pop-in issues and some fugly environments. The game doesn't look that sharp either. The theme song (when starting up) is pretty cool though. 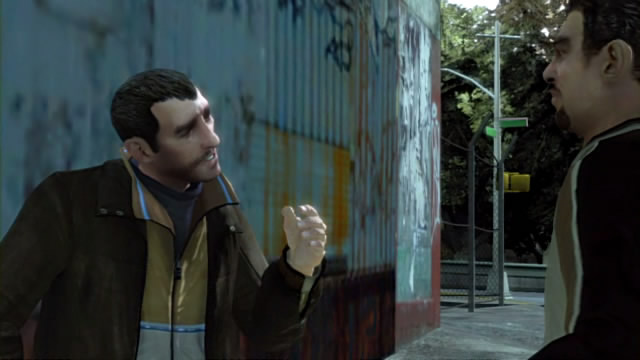 This review so far would have sounded extremely negative. Even though the gameplay is lackluster compared to SA, GTA IV shines in the "hours of gameplay you can get from it" department (assuming you can bear the gameplay). Hidden packages (pidgeons) to destroy, Stunt jumps, Brucie's car deliveries, drug deleveries, Steve's car robberies and going for the platinum trophy (which you will never get due to broken online statistics) will keep you hooked to single player. Multiplayer is not my kind of thing but the co-op missions are awesome. Competitve sucks because of auto-aim. Races are pretty fun though. Mafia work is not so bad as well, but starting a game will take as much as upto 15 minutes sometimes.

Overall I'd say GTA IV is a good game. Just not the " OMFG BEST GAME EVA ! " game as said by critics. GTA IV tries to be way too serious for my liking and is definitely not the follow up to San Andreas that you were waiting for. However, if you pretend that San Andreas never existed or better yet - haven't played it, this will be an awesome game.

(oh btw, jump off the empire state building or from a chopper as far as up as possible - the new physics make it awesome. - honestly the most fun I had with the game.)