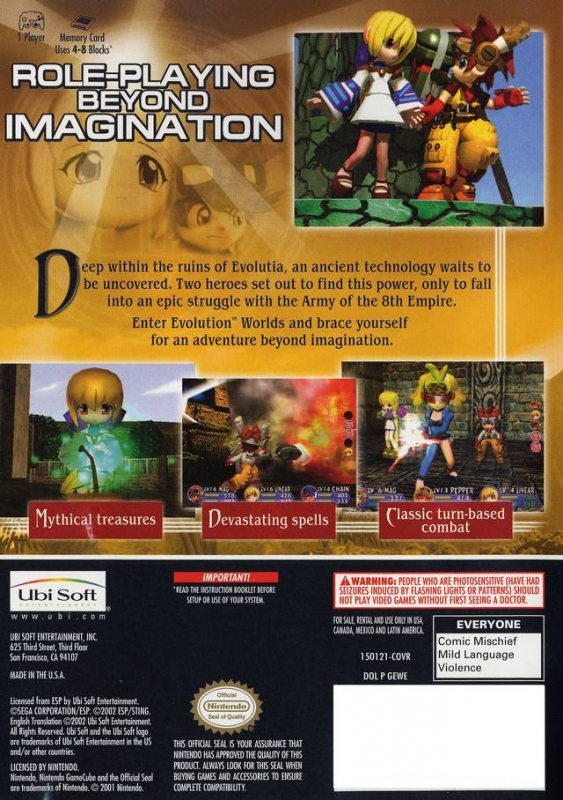 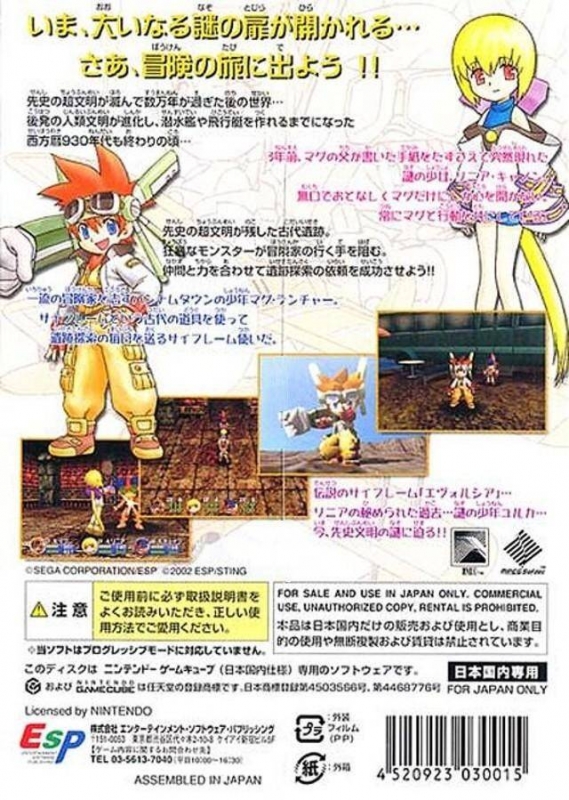 The first traditional RPG for the GameCube.

Evolution Worlds is the next episode in the epic adventure of heroes, Mag and Linear, from Evolution and Evolution 2.

After the demise of a superior ancient civilization, Cyframe technology -- enchanted mechanical body weaponry -- is discovered. Every young adolescent aspires to be a Cyframe "Adventurer," including Evolution Worlds' feisty hero, Mag.

Mag and his friend, the enigmatic heroine, Linear, embark on a journey to discover the mysterious Evolutia. Evil warriors of the Eighth Empire are also trying to find Evolutia, the last piece of the ancient world.

Mag, Linear, and their watchful butler Gre Nade, along with friends Chain Gun and Pepper Spray, set out on their perilous journey to save the world from treacherous evil forces, and uncover the truth of Evolutia and the ancient world!