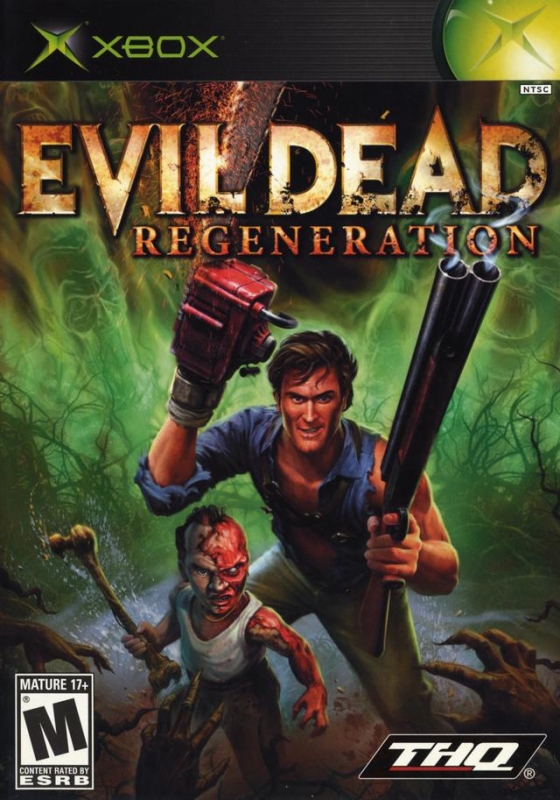 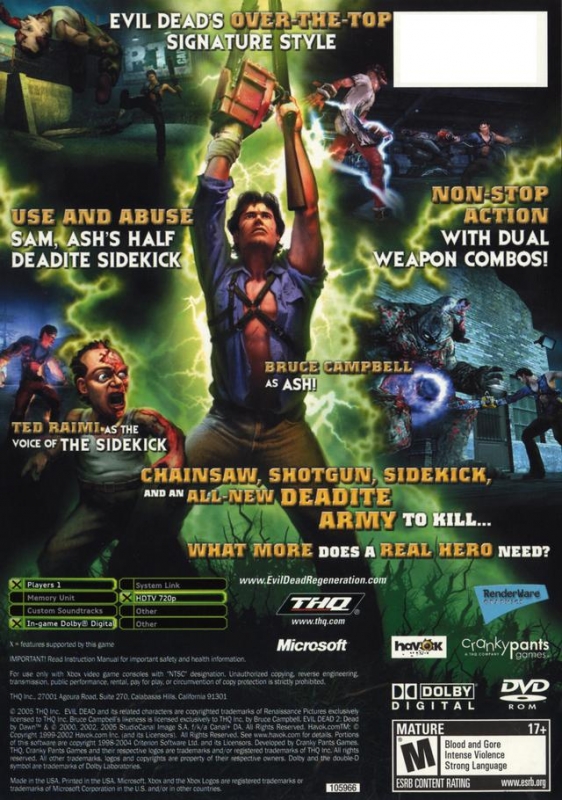 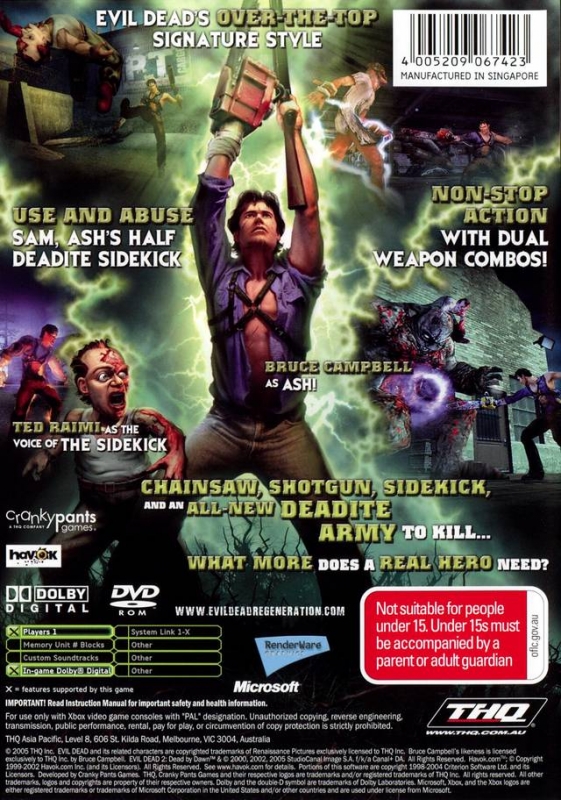 Kill anything dead that moves, including your partner! Enter an all-new Evil Dead experience, as Ash finds himself convicted of murder and sentenced to Sunny Meadows, an institute for the criminally insane. Though better than the madness he escaped hidden within the woods, he quickly learns the evil has only become more malevolent. Deep in the basement of an insane asylum, the mad Dr. Vingo Reinhard combines technology with The Book of The Dead, aka The Necronomicon, to fulfill perverted experiments of his very own. Hell-bent on using science to harness the Necronomicon's powers, the malevolent doctor unleashes the book's all-powerful Evil on the world — creating a new breed of Deadites, monsters and experiments gone wrong, twisting reality into a hellish strudel and leaving mankind with that not-so-fresh apocalyptic feeling. It's just too bad for Vingo that the judge gave Ash a straightjacket instead of the needle...

* The Ultimate Evil Dead Experience! Experience some of the fiercest, most action-packed, punch-in-the-gut-hilarious gameplay this side of biblical Armageddon.

* Meet Sam! For the first time ever, Ash has been forced to take on a partner — Sam, a three-foot tall Deadite who's part empath, part wiseass and all corpse! Sam is willing to use his flea-bitten carcass as anything, from a tiki torch to a bowling ball, to get his revenge. Ash would rather behead Sam then befriend him, but he's going to need all the help he can get against the army of monstrosities that lie in wait.

* Dual Weapon Combos, Hordes of Baddies, and Non-Stop Action! Join Ash and Sam as they battle evil — and each other — killing anything dead that moves with everything from harpoon guns to flame throwers to the world famous chainsaw-and-shotgun combination special.