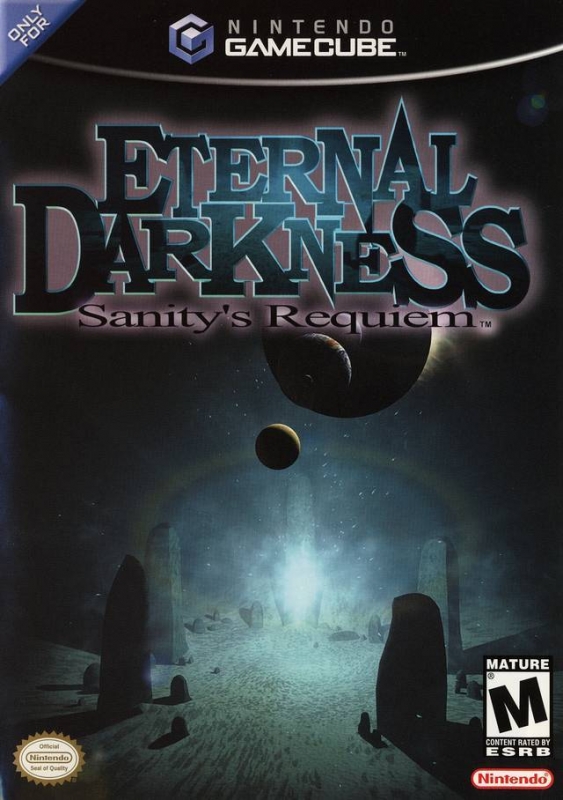 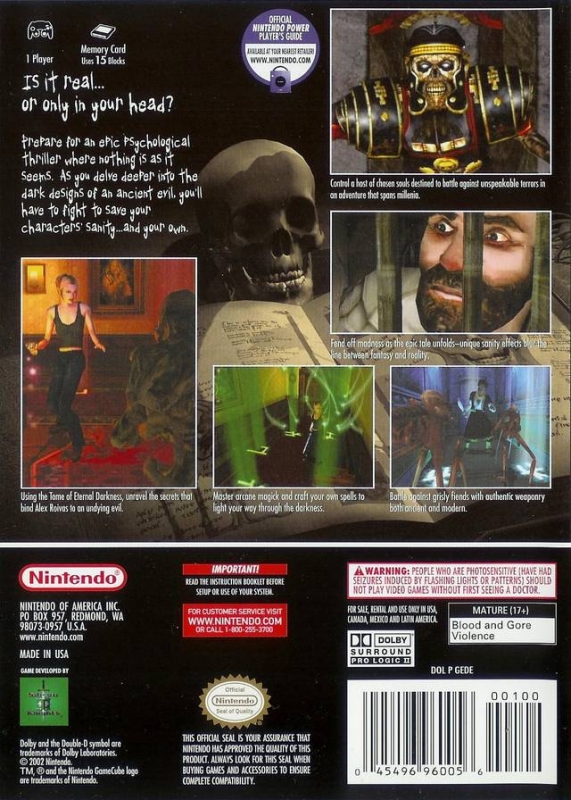 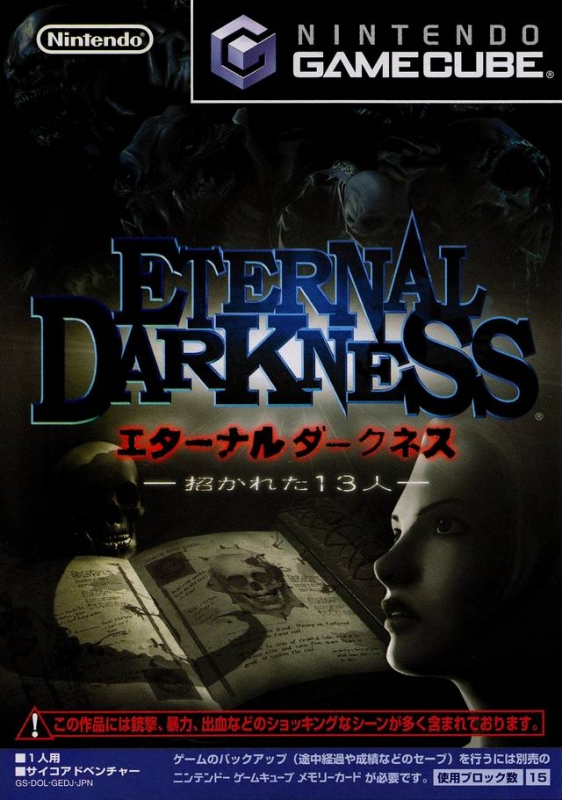 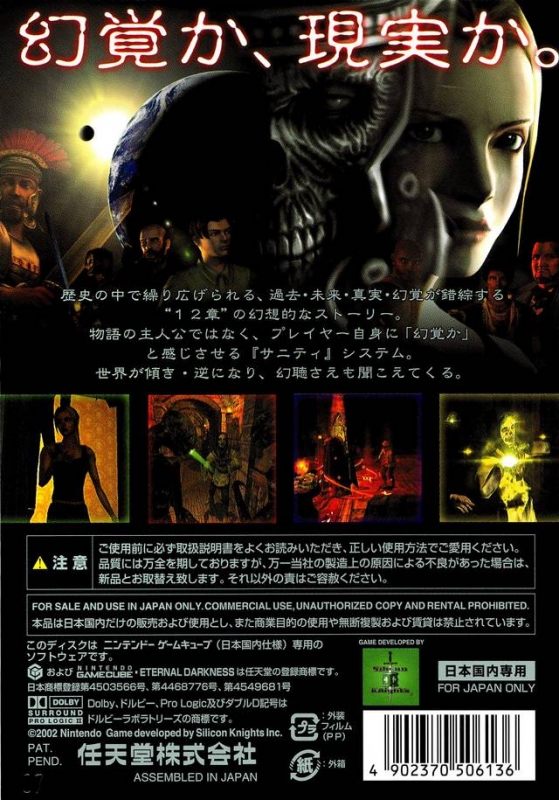 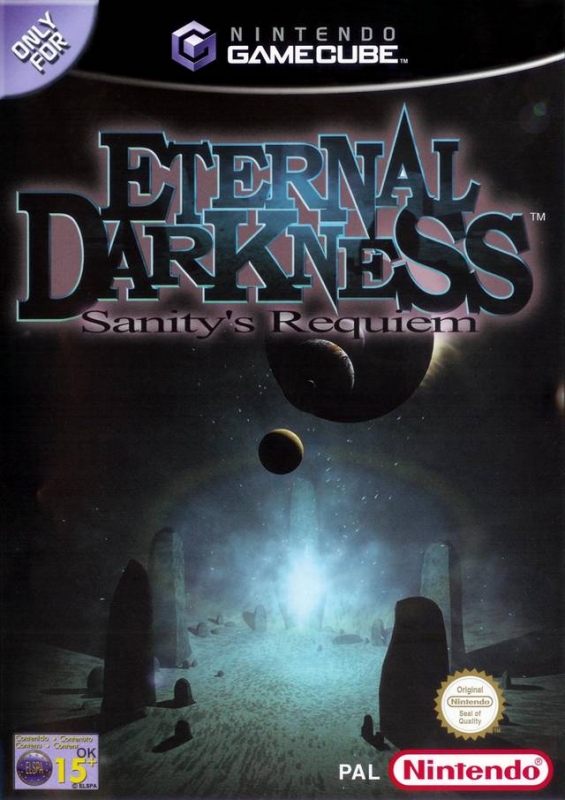 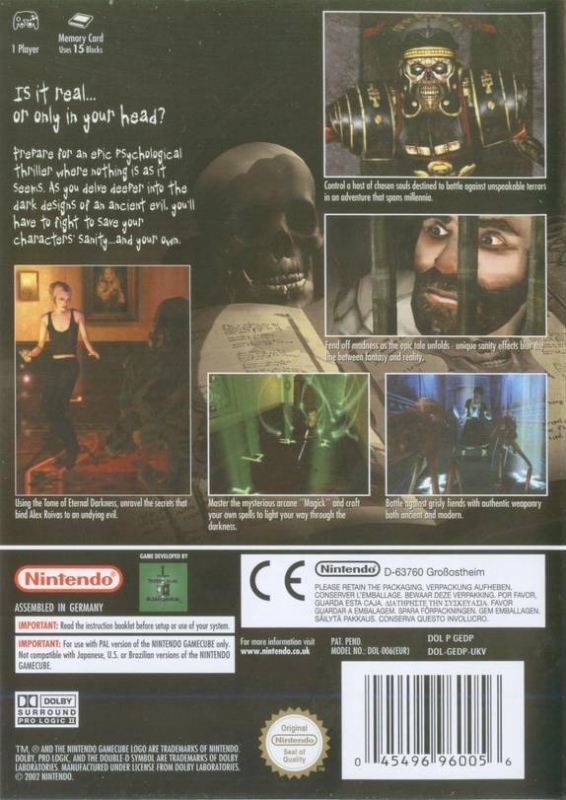 Eternal Darkness: Sanity's Requiem presents the story of Alexandra Roivas, which finds herself in the middle of a great battle between entities known as Ancients, godlike creatures that await for the right moment to wake up and turn the world into darkness. Playing the chapters from the Tome of the Eternal Darkness, the player alternates between Alexandra and the characters from the book, which tells the story of Pious Augustus and his millenary struggle to resurrect one of the Ancients.

While Alexandra's story takes place in modern USA, each chapter happens in one era, from ancient rome to World War I. The characters also wield different weapons, including swords, rifles and pistols. Even though some characters are slower than others, the control is the same. Unlike Resident Evil, the most well known horror game, Eternal Darkness allows free movement in every direction. With the same traditional fixed camera angles, this allows for easier navigating and combat.

Fighting the horrid creatures from the darkness means using not only weapons but also "magick" (as the game calls). Casting spells require the recipe for one, "mana" and "runes", stone blocks with the magic words necessary to conjure a spell. A spell consists basically of one aligment representing one of the Ancients and two other runes, one meaning a verb and the other a subject. Spells can also be of 3, 5 or 7 points, with more points meaning a more powerful spell. The alignments also represent the basic rock, paper and scissors mechanic: each Ancient (associated with a color) dominates another one. So a blue spell is successful against a red creature, etc. Magick is useful when fighting creatures and also required for some puzzles. Although the spells do vary, you'll end up with everything require to conjure every spell, unless you skip an item on purpose.

Besides combat, progress requires exploration and some puzzles, some of them harder, but most of the time it's just a matter of finding the right item, which is not a hassle because characters look at points of interest, when interaction is needed, and because pick-up items are always flashing.

Anyway, the main aspect of the game is the Sanity meter, which obviously measures the sanity of your character. Once it's depleted, you'll hear some screams, the screen will be distorted and the game will even play tricks on you, prompting you to turn off the GameCube. The Sanity meter is also directly tied to the aligments. Early in the game you'll choose of the Ancients to resurrect. By doing this, you'll be choosing one weakness as well, which might be losing a lot of sanity.

The game is one of the prettiest on the Cube, especially considering it's completely in 3D. Animations are done well too, but cutscenes (which are done with the gam engine) are a bit weird. Voice overs are also alright.

In the end, Eternal Darkness is a great experience, even if it's short on length, every aspect of the game was carefully well done. It's easy to play, features characters that you'll love and hate and even if it's an horror game, you won't jump out of the chair too much, so even if you don't usually play horror games, give this one a chance because it won't disappoint you.