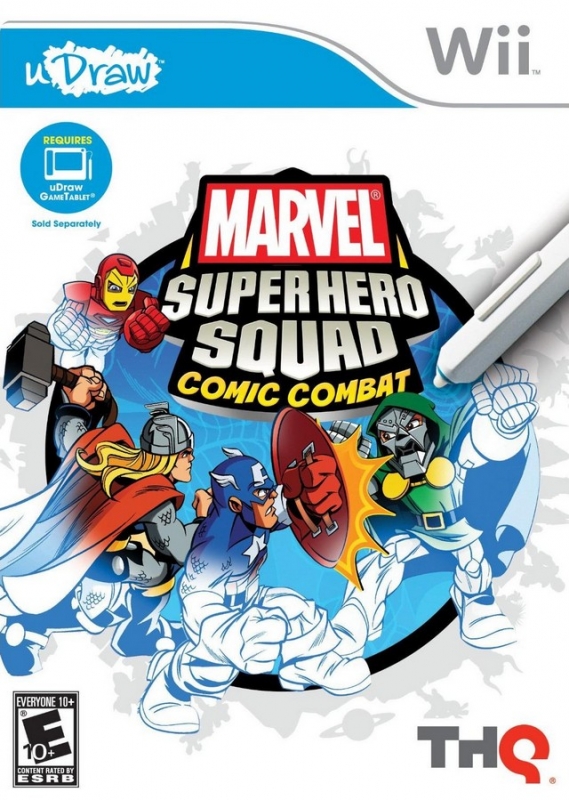 Draw, Fight, Win!
Unleash the power of the pen in Marvel Super Hero Squad: Comic Combat by becoming a real Marvel artist and thwarting Doctor Doom and his evil cohorts.

Using the uDraw GameTablet stylus, players will command all their favorite Marvel Super Heroes, including Captain America, Thor, Iron Man, Wolverine, the Hulk – and for the first time ever, Squirrel Girl!

Within a three-dimensional comic book world, Comic Combat gameplay relies primarily on movement-based commands using the uDraw GameTablet. For instance, players draw a curved line to indicate the trajectory of Captain America’s shield, while a simple circle drops a boulder into the environment. Players can even pinch with their fingers to create a “zipper rift” that sucks enemies into an alternate reality.

Create the battle in six comic book issues set all around Super Hero City as the Squaddies fight to prevent Doctor Doom from busting out of the pages and snatching the artist’s pen!