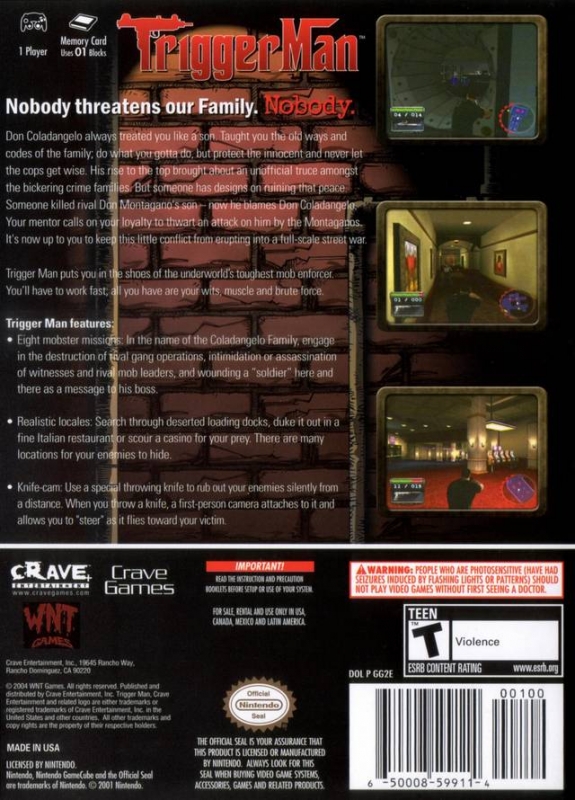 Don Coladangelo always treated you like a son. Taught you the old ways and codes of the family; do what you gotta do, but protect the innocent and never let the cops get wise. His rise to the top brought about an unofficial truce amongst the bickering crime families. But someone has designs on ruining that peace. Someone killed rival Don Montagano's son – now he blames Don Coladangelo. Your mentor calls on your loyalty to thwart an attack on him by the Montaganos. It's now up to you to keep this little conflict from erupting into a full-scale street war.

Trigger Man puts you in the shoes of the underworld’s toughest mob enforcer. You’ll have to work fast; all you have are your wits, muscle and brute force.