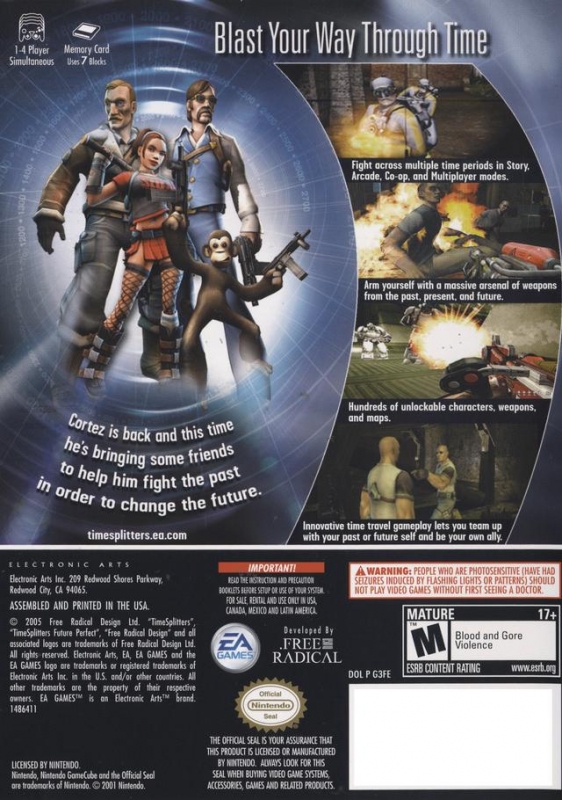 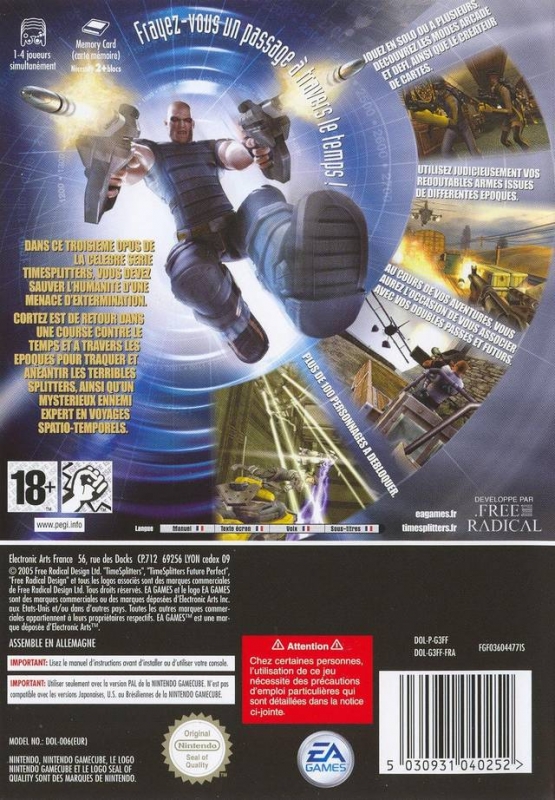 TimeSplitters Future Perfect marks the return of one of the most critically acclaimed first person shooters for the console, where victory is in the hands of the player's past, present and future self in a battle that stretches throughout time.

In TimeSplitters Future Perfect, Cortez - the hero from previous installments - returns with humanity on the brink of destruction. With the help of some familiar faces (some very familiar!) he must chase a mystery foe across different time periods to trace the origins of the TimeSplitters and save the day.

The game is set in multiple time periods, placing gamers in different areas of the world during the 1920s, 1960s, 1990s, and in the near and distant future. The re-creation of specific time periods enables players to enjoy unique gameplay elements such as weapons, gadgets, characters, and environments only found in their time periods. The ability to time travel will sometimes cause time paradoxes resulting in gamers meeting and assisting past and future versions of themselves. Players will also have the ability to correct the mistakes made in the past or team up with past and future versions of themselves in climatic battles.